John Swinney said case numbers will be reviewed on a daily basis in evaluating whether further action needs to be taken. 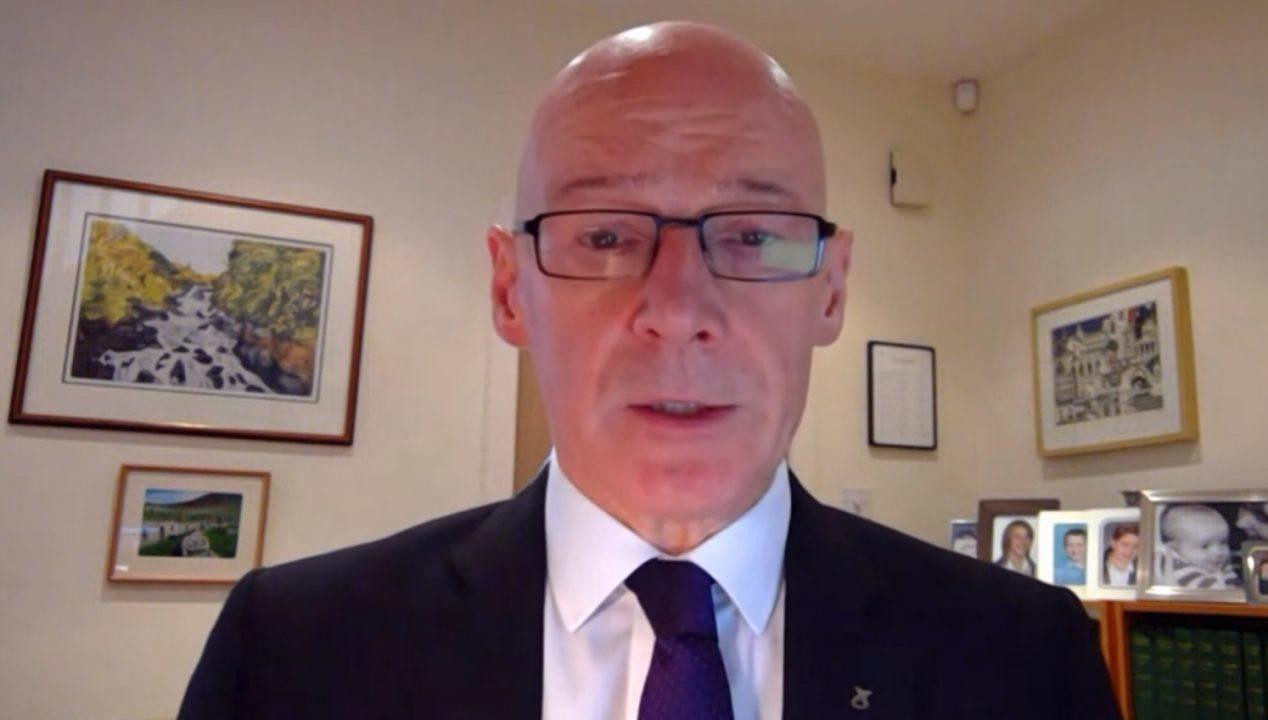 Scotland must maintain its guard to keep coronavirus under control, despite “encouraging signs” in tackling the virus, according to John Swinney.

The Deputy First Minister made the comments as he said that a spike in cases in East Renfrewshire has caused concern.

Speaking to STV News, Swinney indicated that case numbers will be reviewed on a daily basis in evaluating whether further action needs to be taken.

It comes as the majority of Scotland moves to level two of Covid restrictions, with the exemption of the City of Glasgow and Moray, with both areas having seen a rise in cases.

East Renfrewshire currently has a case rate of 86.9 per 100,000 – higher than Glasgow’s when it was announced on Friday the city would be kept in Level 3 restrictions.

“We made it very clear when we set out the strategic framework that although we wanted to move down the levels in as unified a fashion as we can across the country, there may be exceptions where we have local outbreaks that we have to take action to strengthen the restrictions,” said Mr Swinney.

“Now, we’ve obviously regrettably had to do that in the City of Glasgow.

“We are looking at the numbers in all local authority areas on a daily basis to make sure that nothing is running away from us and obviously the East Renfrewshire situation is causing some concern.

“And we’ll be reviewing these numbers on a daily basis to make sure that we take prompt, swift action to tackle any spread of the virus because that’s the way in which we’ll be able to maintain and sustain a position of lower restrictions within Scotland if we keep the virus and its prevalence under control.”

Swinney suggested the rise in cases in Glasgow were driven by the so-called Indian variant of the virus.

He said: “We’re at an early stage in understanding some of the most recent data on hospitalisations.

“Obviously, we think that some of the challenge within the City of Glasgow has been driven by the variant of concern that’s emerged in India.

“If that is the case, we need to see what the impact on hospitalisation is out of that particular variant of concern.

“So, there are encouraging signs, but we have to maintain our guard to make sure we keep the virus under control and the vaccination strategy, which has been very, very successful, is proving to be a very powerful weapon in containing the virus and in providing the public safety and assurance that we require.”