The six-time gold Olympian will support the event, which will be held in Glasgow and across Scotland next year. 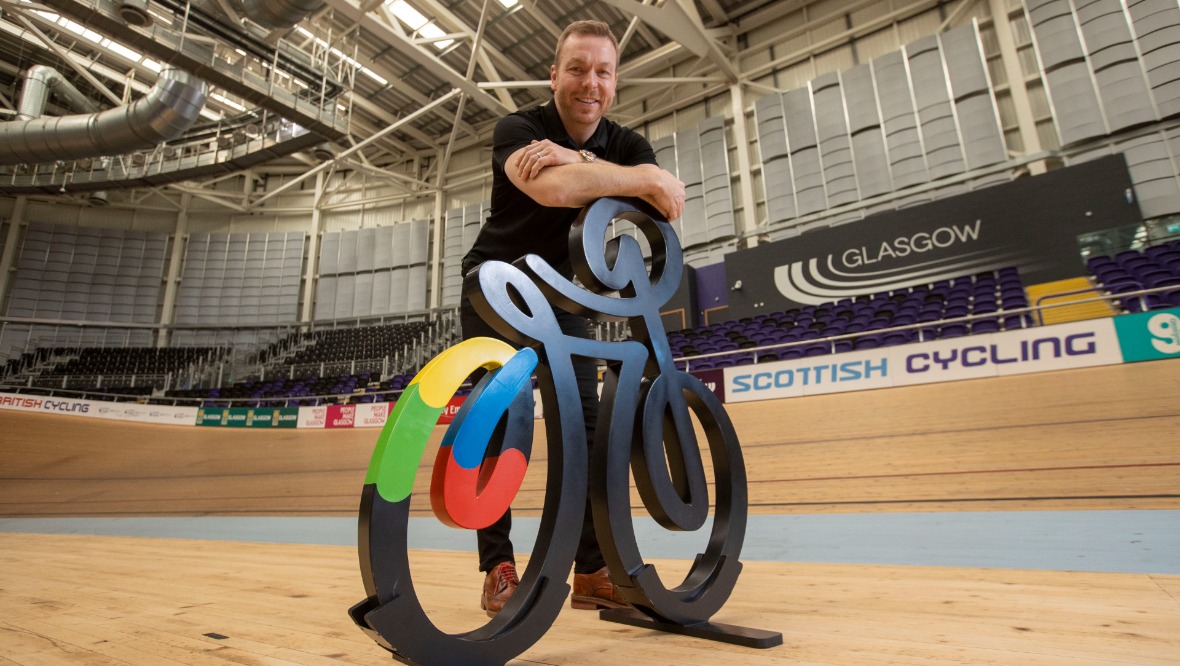 Sir Chris Hoy has been announced as the official ambassador to the UCI Cycling World Championships in Glasgow next year.

The six-time gold Olympian is supporting the event, which will combine the 13 existing UCI World Championships into a first-of-its-kind mega-event, and will be held in Glasgow and across Scotland from August 3 to 13 in 2023.

More than 8000 amateur and elite cyclists from over 120 countries will take part in the 2023 UCI Cycling World Championships, and will feature disciplines including BMX racing, indoor cycling and mountain bike cross-country, as well as para-cycling on both road and track.

Celebrating 500 days until the Championships begin, Sir Chris visited the Sir Chris Hoy Velodrome in Glasgow on Monday, which will be one of five host venues for the 2023 UCI Cycling Worlds in the city.

He told STV News: “It’s going to be a similar scale to the Commonwealth Games, which is quite remarkable. It’s certainly the biggest event we’ve had since the Games in 2014, and it’s fantastic to see Glasgow getting behind it and really committing to sport and supporting sport.

“[This event is] the kind of thing that as a kid, I would have dreamt of either going to watch or to take part in. First time that we’re going to be doing it, so we’ll be setting the blueprint.

“Hopefully other countries can follow exactly that blueprint of 13 different disciplines and it is something for everybody. If you’re not a big fan of track cycling or road racing, you’ve got BMX, you’ve got mountain bike, there’s all sorts of different things for everybody to come and see.”

On Monday, Hoy also launched the Champions of the Worlds initiative, which will encourage cycling enthusiasts from clubs and communities across Scotland to become local representatives for the 2023 UCI Cycling Worlds.

Ensuring local cycling communities are involved every step of the way, champions will receive exclusive announcements, invites to championship events and opportunities to lead volunteer efforts.

Culture secretary Angus Robertson, said: “Today is an important milestone as we start the countdown to the 2023 UCI Cycling Worlds which will take place in Glasgow and across Scotland next year from August 3. This is the biggest cycling event ever held and I’m incredibly excited about Scotland having the opportunity to host and deliver this world-class event.

​​“It’s also great to have someone of Sir Chris Hoy’s standing as an official ambassador for an event I know is going to have such a positive impact on our participation in sport as a nation as well as our individual well-being.

“There will be opportunities for everyone to get involved, especially enthusiasts from cycling clubs and communities across Scotland who can become local representatives for the 2023 UCI Cycling Worlds as part of the Champions of the World initiative.”