The Ibrox faithful are set to turn the Spanish city into a sea of blue before kick off on Wednesday. 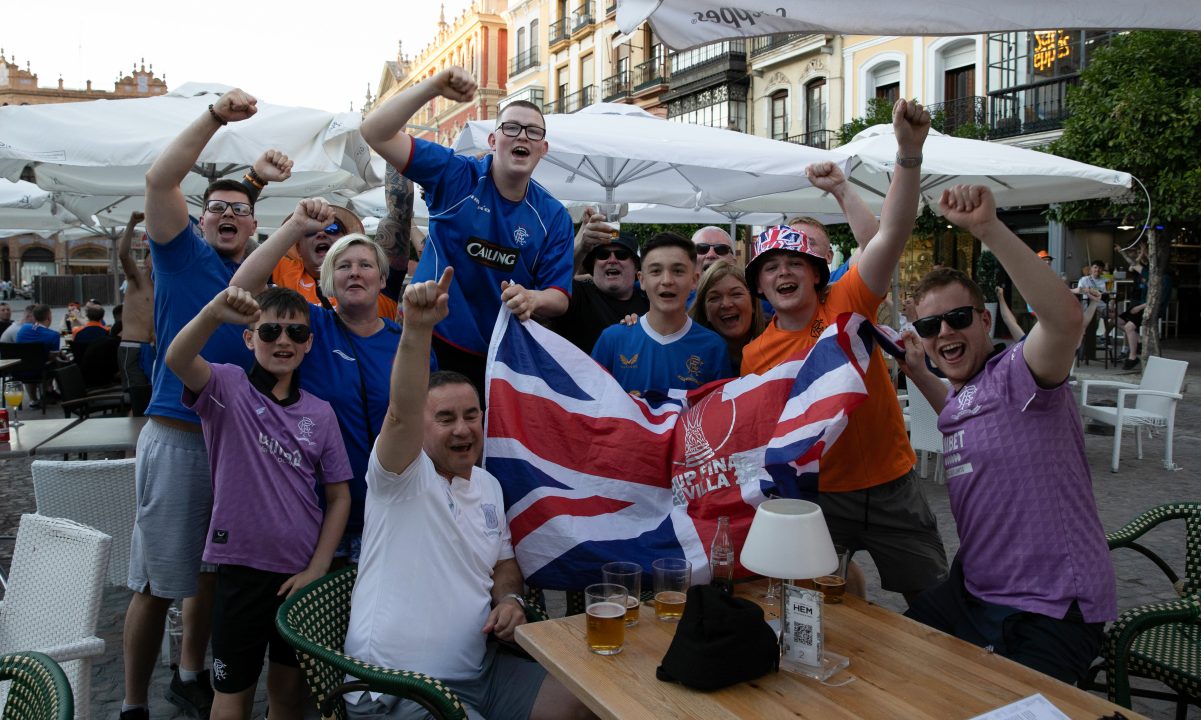 An estimated 100,000 Rangers fans are expected to flock to Seville ahead of the Europa League final clash with Eintracht Frankfurt.

Thousands of additional police have been drafted in to bolster the security operation around the match at the Estadio Ramón Sánchez Pizjuán on Wednesday.

The Ibrox faithful have travelled by any means necessary to reach Southern Spain and local authorities say they are “prepared” for the mass influx of supporters.

Around 20,000 are expected to attend the match itself, while others flocking to La Cartuja on the outskirts of the Andalusian capital to take in the occasion on a big screen.

The head of the Sevillian police said “more people will travel than have tickets” but insisted the force would be able to handle the number of supporters arriving.

Searing temperatures are to push the mercury above 34C before kick off, reaching as high as 39 by the end of the week in the “frying pan” of Spain.

Around 3,000 officers – including 1,700 ‘specialist national police’ – are to patrol the city over the coming days.

Outdoor bar terraces and construction sites will be closed off on Wednesday evening ahead of kick off in the searing heat, while more than 100 portable toilets are to be placed a ‘strategic points’.

An additional 200 litter wardens are to be on site to “wash down streets” and remove waste from high-traffic areas.

At a press conference, officials said trains heading to the city from the likes of Madrid and Malaga were sold out.

Additional transport services are also to be put on to ferry fans to both the 42,700 capacity stadium hosting the match and 57,000-seater which will be home to the live feed.

Meanwhile, the official Rangers ‘fanzone’ at Parque del Alamillo is due to open at 11.00am on Wednesday morning.

“We are not worried [about confrontation] but it’s possible. The police are prepared to prevent any trouble.”