Seal navigated his way through harbour before being taken to rescue centre. 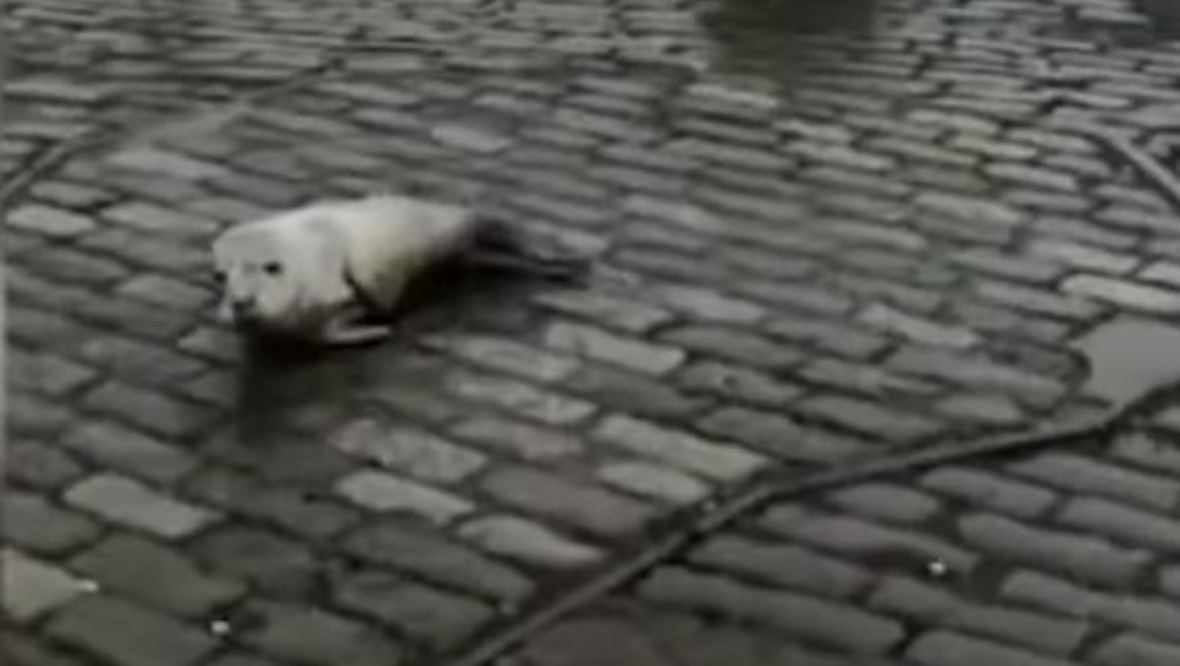 A seal who managed to navigate his way up through a harbour and into a car park has been released back into the wild.

The young pup was found near East Stewart Street in Greenock, Inverclyde, on November 25 last year.

He was taken to the Scottish SPCA national wildlife rescue centre at Fishcross in Clackmannanshire, where staff named him Dot-to-Dot.

They believe the seal, who was severely underweight, to have been two or three weeks old when discovered.

Steven Gray, manager of the centre, said: “What made his story so unusual was that he had managed to get up the harbour steps, along the promenade and into the car park.

“The fact Dot-to-Dot managed to negotiate these obstacles, especially as he was so young and underweight, was incredible.”

Since then, the animal welfare charity has taken care of Dot-to-Dot and on Thursday he was released back into the water at Broughty Ferry in Dundee.

Mr Gray added: “He has thrived in our care thanks to the hard work and dedication of the staff in the seal unit and we’re so happy to see him back in the wild where he belongs.”