Over 20 TikTokkers will take part in the 11-a-side charity match on August 7. 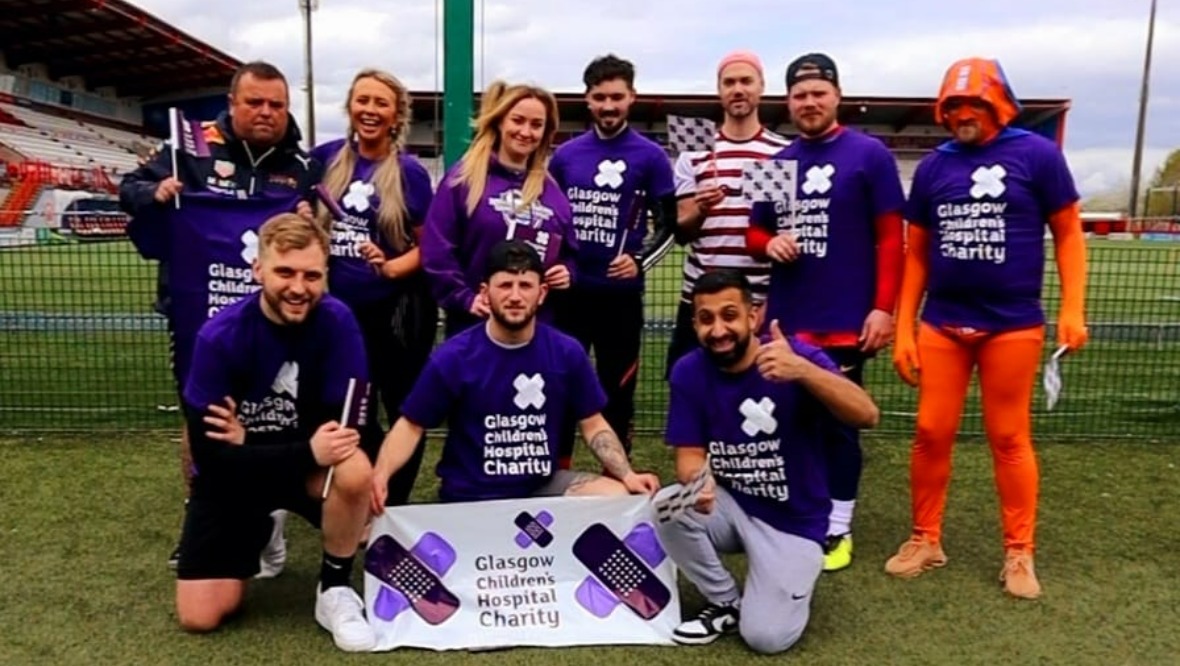 A community of content creators from across Scotland with millions of followers combined are set to play off against each other in a charity football game.

More than 20 TikTokkers including Ryan Sullivan (@rsullivan1991), who uses the platform to share funny videos about being Scottish, and men’s mental health advocate Johan Van Vuuren (@manfromsomewhere), will take part in the 11-a-side charity match on August 7 at Hamilton Academical Football Club.

Some of the community, many of whom met through the social media app during lockdown, will meet face to face for the first time at the match in aid of Glasgow Children’s Hospital Charity.

While each player had individual reasons to get involved with the collective fundraiser, many had been touched by the charity personally.

AJ Greenaway was inspired to organise the event after seeing the incredible work that the charity does first hand.

The 37-year-old said: “My son had health issues and last year a tumour was found behind his eye. We’ve been in and out the hospital for operations and scans and I’ve seen the amazing work that the GCHC do.

“It got me thinking about raising money for the charity. Firstly in January, I ran a 5k every day to raise money, but I wanted to do something bigger. I love football and I’ve seen TikTok charity matches in England, I wanted to be part of something like that.”

Mr Greenaway has been able to secure the pitch at Hamilton Academical Football Club for the match – and has also been generously offered the opportunity to train there with the other TikTokkers.

Vicky Ward, whose son Ace was diagnosed with acute lymphoblastic leukemia in 2020, jumped at the chance to take part to raise money for GCHC.

The 35-year-old said: “I played football up until 2020 because my youngest was diagnosed with cancer. He spent 11 months in hospital and I’ve done a lot to raise money for the charity to give back to them.

“The staff are so supportive – after such a long stay in hospital everyone is in the same mindset. It is the worst time of your life as a parent, but they try to make it as homely as possible.”

Mr Van Vuuren, who has racked up 1.3m followers and 17m likes during lockdown by posting himself exploring stunning areas of Scotland will travel to the match from Drumnadrochit.

“AJ and I followed each other on TikTok early on and he got in touch with me about the match,” he said, “I moved to Scotland at the beginning of lockdown and I do a lot of adventure travelling and I live in the Highlands so I’m literally in the middle of all the big mountains there.”

Speaking about the match, the 47-year-old from South Africa said: “It was a no-brainer to get involved, I’ve got my own children and I understood what he was going through with his son at the time, and how stressful that can be on the family.

“I’m very grateful that my children are all healthy and we’ve had no issues, but I can only imagine putting myself in those shoes of what it must feel like as a parent.”

Mr Van Vuuren is no stranger to fundraising, after completing the three peaks challenge for Sands stillbirth charity last year where he was part of a group which managed to raise £14,000.

“AJ contacted me not long after and I was 100% in,” he added, “I’m more of a rugby guy but I’ll give it my best shot and at the end of the day its all for a good cause and if we can raise as much as possible for this it’ll be fantastic.”

While some of the TikTokkers have managed to get together on the pitch to get some training in, others will meet for the first time at the match on Sunday, August 7 at the Hamilton Academical grounds with a 2pm kick off.

Becky Swindell, fundraising events and activities manager at GCHC, said: “It’s so exciting to see some of Scotland’s most famous TikTokers lace up their football boots for their charity football match.

“It’s all the more special to know that some of the creators have been through the hospital with their own children, and have a very personal reason for supporting GCHC.

“We’re so grateful to the organisers and Hamilton Academical for their support, and are sure it will be a wonderful event.”

Tickets can be purchased from the Eventbrite site.