UK Government has 'commercial confidentiality concerns' about the information included. 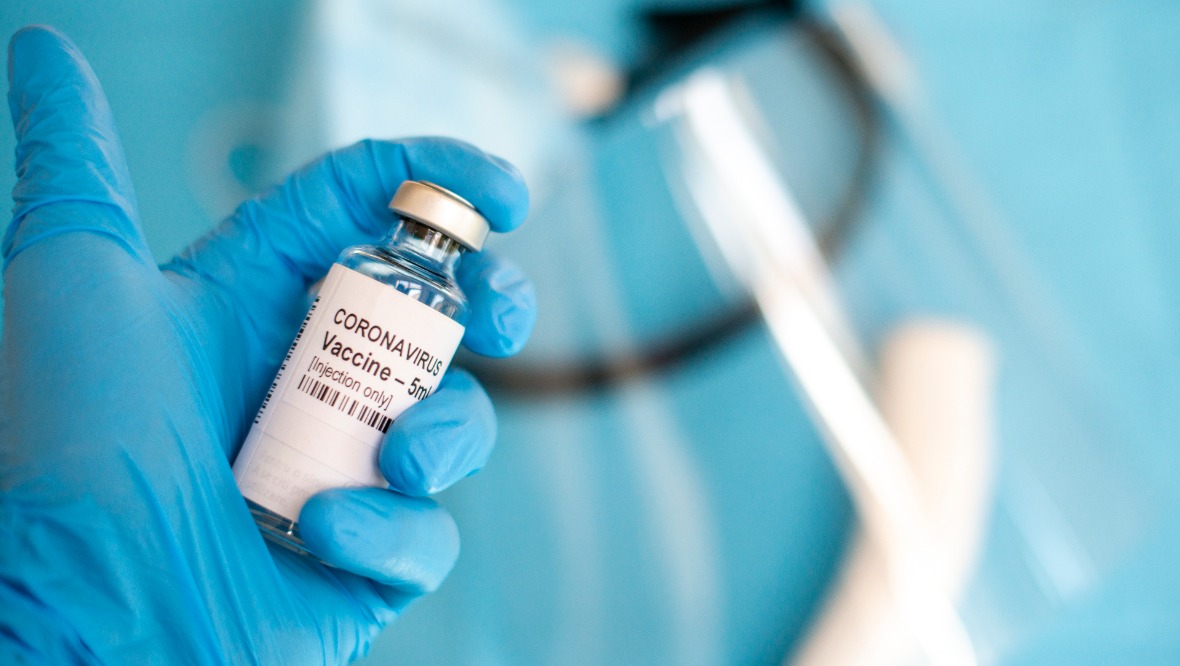 The Scottish Government’s Covid-19 vaccine deployment plan has been removed from its website because the UK Government has “commercial confidentiality concerns” about the information it contains.

First Minister Nicola Sturgeon said details in the plan – which was published on Wednesday night – about targets continue to stand and that talks were ongoing between the administrations.

The Scottish Conservatives said there had been a “serious error”.

It’s understood officials fear other countries would put pressure on vaccine makers to split the UK’s supply if they knew how many doses were available.

Sturgeon said at her daily briefing: “It (the vaccine deployment plan) has temporarily been taken off the website, the UK Government has raised concerns about the level of information we included in that on the projected supply of vaccine.

“We were seeking to be, I think it is important, to be very transparent around all aspects of this, to be clear on the targets we are setting for the numbers of people vaccinated and then to give people as much assurance as we can, subject to all the caveats that we still have to put in place about the supply flows that we are expecting.”

The Scottish Conservatives said the plan included sensitive details around vaccine supply that “could put at risk the number of vaccine doses that can be obtained”.

The party’s health spokesman Donald Cameron said: “This is the second serious error by SNP ministers in the space of 24 hours.

“Yesterday, the health secretary revealed a secret location that Scottish Government officials wanted to keep confidential. Now, they’ve had to pull a whole vaccination plan out of sheer incompetence.

“These mistakes potentially endanger supplies and risk impacting the rollout of the vaccine.

“We all want the delivery of the vaccine to succeed but these entirely avoidable mistakes suggest the SNP are running about like headless chickens behind the scenes.

“We need to see a blunder-free vaccine plan from the SNP government as soon as possible.”

Meanwhile, Scottish Liberal Democrat health spokesman Alex Cole-Hamilton MSP called on the Scottish Government to routinely publish how many doses of the various Covid vaccines it currently has on hand.

He also criticised “a series of blunders that have seen the health secretary mistakenly identify a vaccine storage site in England and remove a Covid vaccination plan just hours after it was published”.

Cole-Hamilton said: “Our national mission right now should be getting jabs into arms. Instead, we are dealing with the fallout from clumsy and avoidable errors. This will do nothing for public confidence or the security of the vaccination process.

“Yesterday, it was revealed that 200,000 doses destined for Scotland were still in storage in England. Routinely publishing how many doses are on hand would help to give the public a better sense of the logistics involved in rolling out the vaccine and drive the government to get them to those in need as swiftly as possible.

“Every day that restrictions are in place, the impact on Scotland is immense. The Scottish Government need to give people hope that an end is in sight. That means trusting people with more information about what is being done to get people vaccinated and what the hold-ups are.”

The document details how the Scottish Government proposes to roll out vaccinations across Scotland to 4.5 million people.

Those over the age of 18, as well as 16 and 17-year-olds who are frontline health and social care workers, young carers or have underlying health conditions, will be offered a coronavirus vaccination.

It also said the national programme will have the workforce and infrastructure to vaccinate 400,000 people each week by the end of February.