Disruption is expected later this week as a yellow weather warning has been issued. 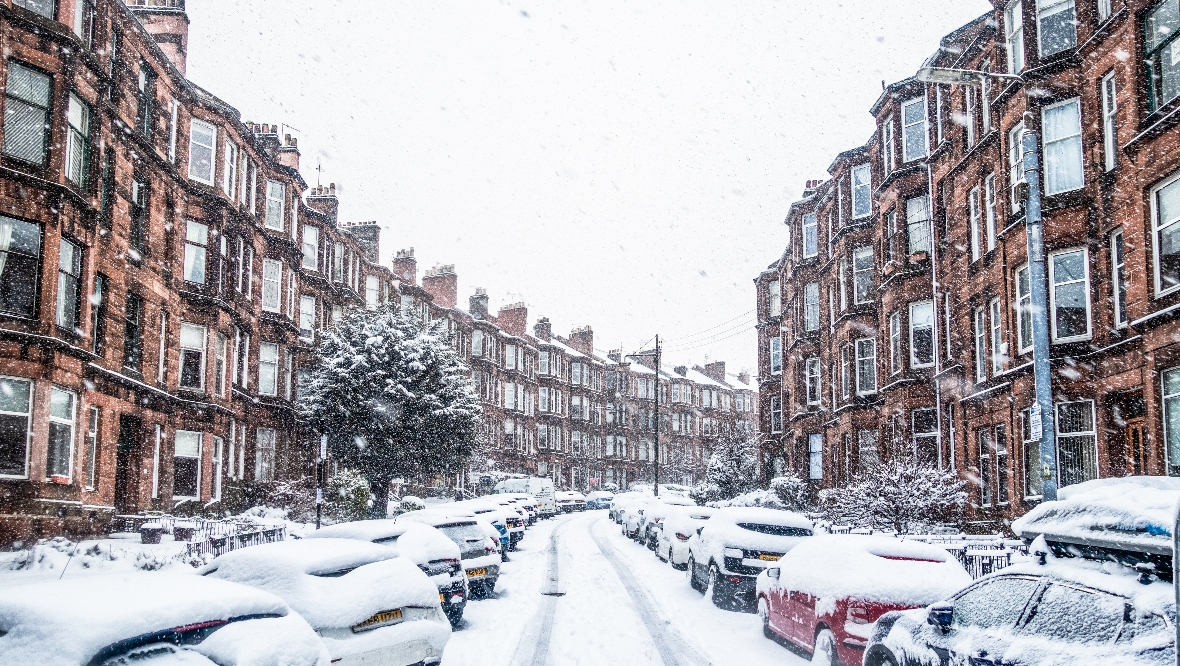 Snow and ice is set to hit Scotland’s central belt this week as temperatures plummet and a yellow weather warning has been issued by the Met Office.

While warnings for snow and ice have been in place for several days as Arctic air sweeps in, the central belt will face disruption due to snow and ice on Friday, December 16.

Forecasters say that outbreaks of sleet and snow will spread across much of southern, central and western Scotland through Friday with 1-3 cm of snow likely in places below 200 metres.

Above 200 metres, 5-8 cm of snow south of the central belt is predicted.

Over high ground north of the central belt, there is potential for 10-20 cm to accumulate above 200 metres.

Later in the day, snow at low levels will likely turn to rain. In addition to the snow, sleet or rain may fall onto frozen surfaces leading to some icy conditions.

The weather warning is currently in place from 6am and set to expire at 11.59pm on Friday night.

People in the area can expect roads and railways likely to be affected by longer journey times, while there is a slight chance that power cuts will occur.

Rail travel was disrupted on Wednesday afternoon after icicles in tunnels at Bellgrove and High Street stations was causing the 25,000 volt electricity supply to trip.

It disrupted several rail services between Edinburgh and Helensburgh via Bathgate and Airdrie.

Police Scotland, in partnership with Scottish Mountain Rescue, is urging people to plan and prepare before venturing out into the hills throughout the cold weather and make sure they have sufficient equipment and supplies for all eventualities.

It follows a number of serious incidents in a short period, between February 27, 2022, and March 8, 2022, where seven people lost their lives.

Police warned that already there is deep snow across many areas and temperatures are widely into negative double figures.