Schoolchildren in Glasgow are hoping COP26 doesn’t turn out ‘rubbish’ 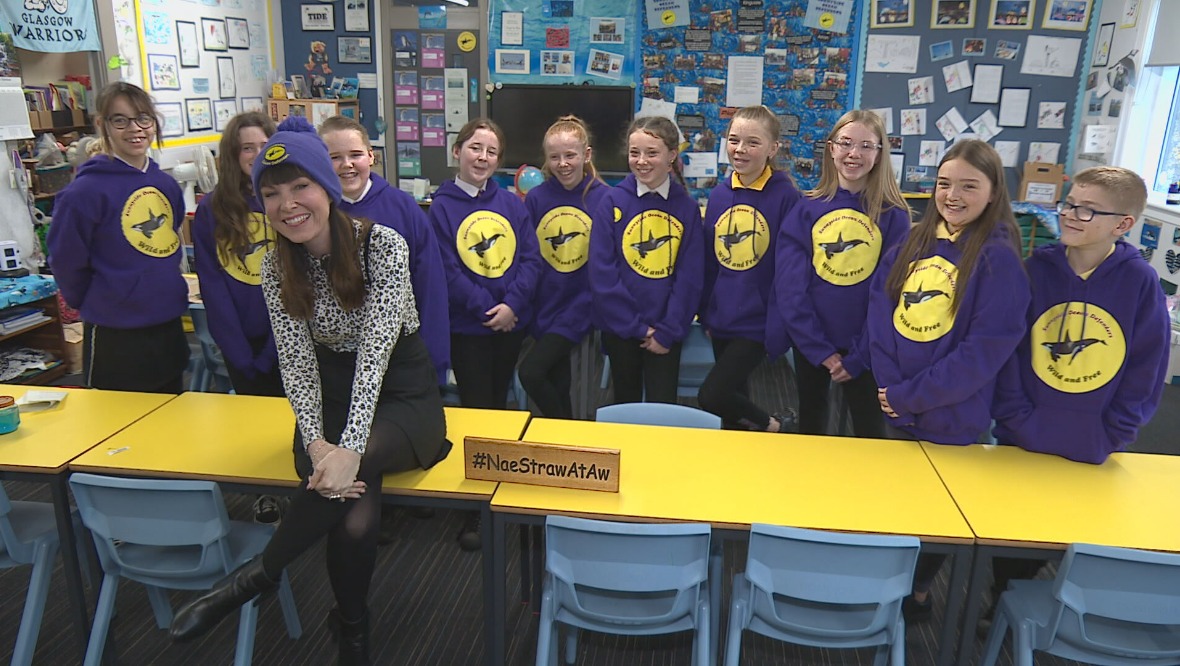 Schoolchildren in Glasgow are hoping COP26 doesn’t turn out to be “rubbish”.

Sunnyside Primary School’s Ocean Defenders can’t wait for the UN climate change summit to start, but the pressure is on for the world leaders to deliver.

One schoolboy told STV News: “I’ve sort of high expectations for COP because I don’t want it to be like ‘do you remember the Glasgow COP? Aw yeah, it was rubbish, nothing happened.’

“I want something to happen this COP.”

One of his classmates added: “We’re proud of Glasgow, but we don’t want it to be a failure. COP26 needs to work.”

The young activists from Sunnyside made headlines with their #NaeStrawAtAw campaign.

Two classmates explained: “One of our most successful campaigns was #NaeStrawAtAw. Glasgow City Council banned all plastic straws from their offices.

“We visited local restaurants and got them to change.

“CalMac removed all plastic straws from their boats.

“We travelled to London and spoke to McDonald’s executives and we also got Muller to change the plastic straw that comes with our milk to a paper one.

The school has since launched their #DrainCampaign.

They hope a range of colourful characters, including Crabbit Crab and Scunnered Seal, will be placed next to drains to highlight how discarded litter can affect marine life.

The children have even managed to speak to Prime Minister Boris Johnson via Zoom.

They asked him a question about trawling and dredging the ocean floor.

However, a schoolgirl noted: “He answered really good, but he did not answer the hard part of the question.

“The hard part was how he was going to support the fishing communities as well.”

The children are excited COP26 is coming to Glasgow.

One schoolgirl said it will be a good experience “if it all goes well”.

Another girl added: “I think it’s a great idea to do this, but a lot of people say that they just talk, they don’t do it.

“But I still think it’s a really good thing that they’re actually doing this.

“And all the world leaders are coming. It’s not like a couple, it’s every single one that makes an effort to come.”

One of the Sunnyside Ocean Defenders hopes people continue the conversation about climate change after the summit.

He said: ”After two weeks of it, some people will stop talking about it. But I think more people should start talking about it because it’s not the end of it, it’s the start of it.”

Reading out a letter, two schoolgirls said: “Dear COP26 leaders, climate change is the earth getting too hot. Please help the planet because there is lots of rubbish.”

The classmates said they were learning about the devastating effects of climate change.

They said: “We were learning about if the earth dies, we would die and the animals [would die].

“And if we cut down more trees, there’s less oxygen for people to live and animals.

“And if there’s less oxygen, that means our world won’t be that beautiful and flowers will stop growing.”

Why are so few young people claiming a free bus pass?

George Square benches could be removed ahead of football matches