Council offices next to petrol station engulfed by fire

Roads in the area are closed as fire crews remain on the scene. 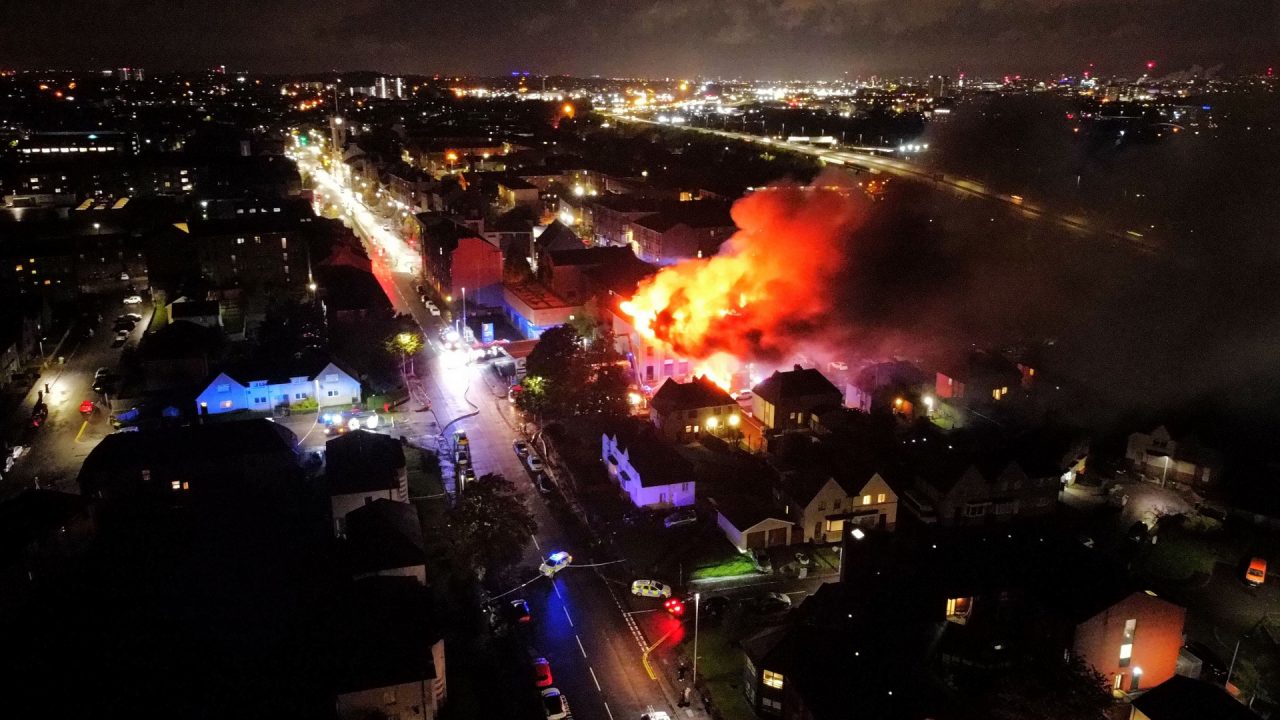 Firefighters have been tackling a blaze which broke out at a former council building in South Lanarkshire late on Thursday night.

The Scottish Fire and Rescue Service (SFRS) were alerted to the incident at around 11.18pm on October 13 on the third floor of a former council building on King Street, Rutherglen which is listed for let.

Seven appliances in total were sent out along with two height vehicles to try to extinguish the flames.

King Street remains closed in both directions and Farmeloan Road is also closed to the junction with Alleysbank Road as the incident is ongoing and fire crews remain in attendance.

Police were called to assist with traffic control measures but it is understood that there are no injuries reported but some nearby homes were evacuated as precaution.

People in the area are being advised to keep windows and doors closed due to smoke in the area, and drivers and pedestrians are advised to avoid the area.

A Scottish Fire and Rescue Service spokesperson said: “We were alerted at 11.18pm on Thursday, October 13 to reports of a fire affecting a building at King Street, Rutherglen.

“Operations Control mobilised seven fire appliances and two height vehicles to the scene, where crews remain in attendance as they work to extinguish the fire.

“Due to smoke in the area, people are advised to keep windows and doors closed. Drivers and pedestrians are also advised to avoid the area as roads around the scene remain closed and to allow access for emergency service vehicles.”

A spokesperson from Police Scotland said: “Emergency services are currently in attendance at a fire on King Street, Rutherglen, following a report around 11.30pm on Thursday, October 13, 2022.

“King Street is currently closed in both directions and Farmeloan Road is also closed to the junction with Alleysbank Road.”

On Friday, police added that Rutherglen Police Office, also located on King Street would be closed to the public.

Anyone looking to contact Police should attend their next nearest police office or call via 101.

A spokesperson for South Lanarkshire Council, said: “When we were alerted to the fire in former council offices on King Street, Rutherglen we assisted SFRS.

“As some residents had to be evacuated, we arranged for Rutherglen Town Hall to be opened as a rest centre and a small number had to be accommodated for the night.

“Some roads remain closed, and officers will be active in the area to provide further assistance as required.”