Russell Kane: It's no coincidence there are so many call centres in Scotland

What's On Scotland was invited to Russell’s Cheshire home to hear all about his latest tour and his observations about Scots. 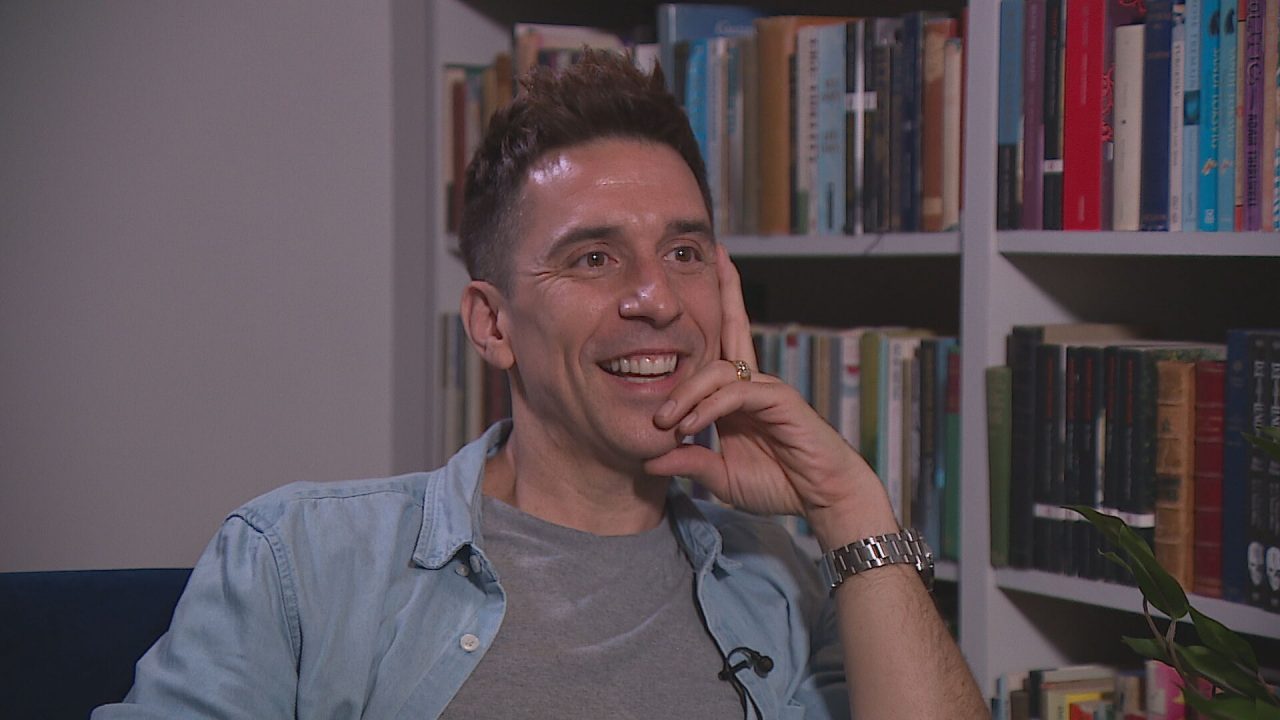 Last week on What’s on Scotland, Alan Carr told me I looked like Shrek in my lime green jacket. This week Russell Kane said I sounded like Lorraine Kelly – I know which comparison I prefer!

We were invited to Russell’s beautiful home in leafy Cheshire to hear all about his latest tour, The Essex Variant, which is coming to Glasgow’s Kings Theatre on July 17.

The title, of course, relates to the pandemic and Russell said that he felt there was a gap in the market for “belly laugh observations about the last two years”.

One such belly laugh for me came when he replicated how we Scots say “Co-vid”. It doesn’t translate well on paper but basically he says it just shoots out our mouths in a short sharp burst.

It’s true. I am now paranoid every time I say it.

Russell is very observant when it comes to us Scots, having once played a Glaswegian jeweller in a film.

He said: “I don’t think it’s a coincidence that there are so many call centres in Scotland. ‘Hello, I am just going to take you through a wee credit check…’ It’s like there are 1,000 Lorraine Kellys on the end of the phone to make you feel better about your crippling debt.”

I asked, ‘do I sound like Lorraine to you?’ to which he laughed: “Like a Lorraine Kelly. ‘I’ll just put a wee blanket on your knee and you settle down!’”

She is the queen of TV in my eyes, so no complaints from me.

Russell studied English at Middlesex University and loves to read – something very apparent from the eclectic book collection that lined the shelves of his study.

Among them, I spotted the brilliant Shuggie Bain by Scots author Douglas Stuart.

Russell said: “It’s so heartbreakingly brilliant. I felt like I was in the town, in the time period.

“I felt like I could smell the cigarettes, I could taste the cooking, I could feel his pain when his mum was drinking. If you are into fiction or non-fiction, read that book. A deserved winner of the Booker prize.”

You can watch our full interview on What’s on Scotland, Friday at 7pm – but what I will say is Russell was an energetic, captivating, brilliant person to chat to.

Smart, very funny but also genuinely interested in what I had to say.

When the conversation turned to family, I explained about my daughter being born by a surrogate.

We discussed how it works and the experience of the process and, as I often do, I explained that my little girl has never felt any less mine because I hadn’t carried her myself.

I often do that in fear that people may think it odd in some way.

Russell said something that will stick with me forever, saying: “Why would it? If that was the case, by definition it would mean that fathers wouldn’t be as close to their children as they hadn’t carried them. It’s not the case.”

I had never quite thought of it before and at the end of what had been a very enjoyable interview, it really made me smile.

If you go see him in Glasgow, I’m sure you will too.