A replica distance stone has also been installed at The Antonine Wall site as part of a £2.1m project. 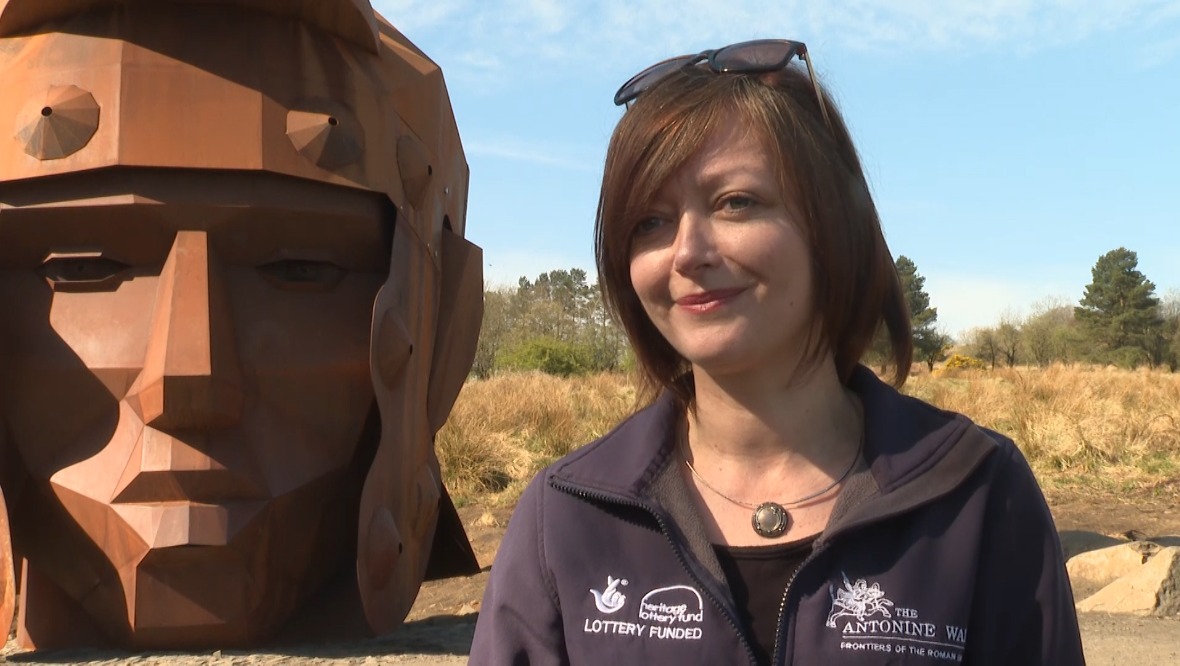 A Roman head sculpture and a replica distance stone have been installed at a world heritage site in North Lanarkshire as part of a £2.1m project.

Spanning around 63km, the barrier lies across the central belt and is one of two ‘great walls’ created by the Romans in the UK, the other being Hadrian’s Wall.

The Rediscovering the Antonine Wall project is a partnership of five local authorities and Historic Environment Scotland, led by West Dunbartonshire Council, delivering a wide range of community-led projects along the line of the wall.

The £2.1m project aims to raise awareness of the Antonine Wall World Heritage Site among local communities and give them the opportunity to explore their Roman heritage.

The replica of the distance stone was produced in partnership with City of Glasgow College which gave stonemasonry students the opportunity to carve a replica based on the original.

The original distance stone was found at nearby Arniebog, by Westerwood Fort in 1868 and is now in the Hunterian Museum in Glasgow.

Distance stones are highly decorated stone sculptures offering a dedication to a Roman Emperor and marking the distance of the wall completed.

The metal sculpture of a Roman soldier’s head was created by artist Svetlana Kondakova and Big Red Blacksmiths.

It looks out from the line of the Antonine Wall across the Kelvin Valley towards what the Romans considered ‘barbarian’ territory, beyond the edge of the Roman Empire.

Emma McMullen, Antonine Wall project manager, said: “We are delighted to launch the replica distance stone and sculpture to raise awareness of the area’s Roman heritage amongst the local community and for visitors to Croy Hill.

“The unique partnership with City of Glasgow College has added significant value in terms of proving opportunities for the students involved and the sculpture is already proving to be a draw to the local area, putting the Antonine Wall at Croy Hill firmly on the map.”