More than half the workforce at the Renfrewshire base are to lose their jobs. 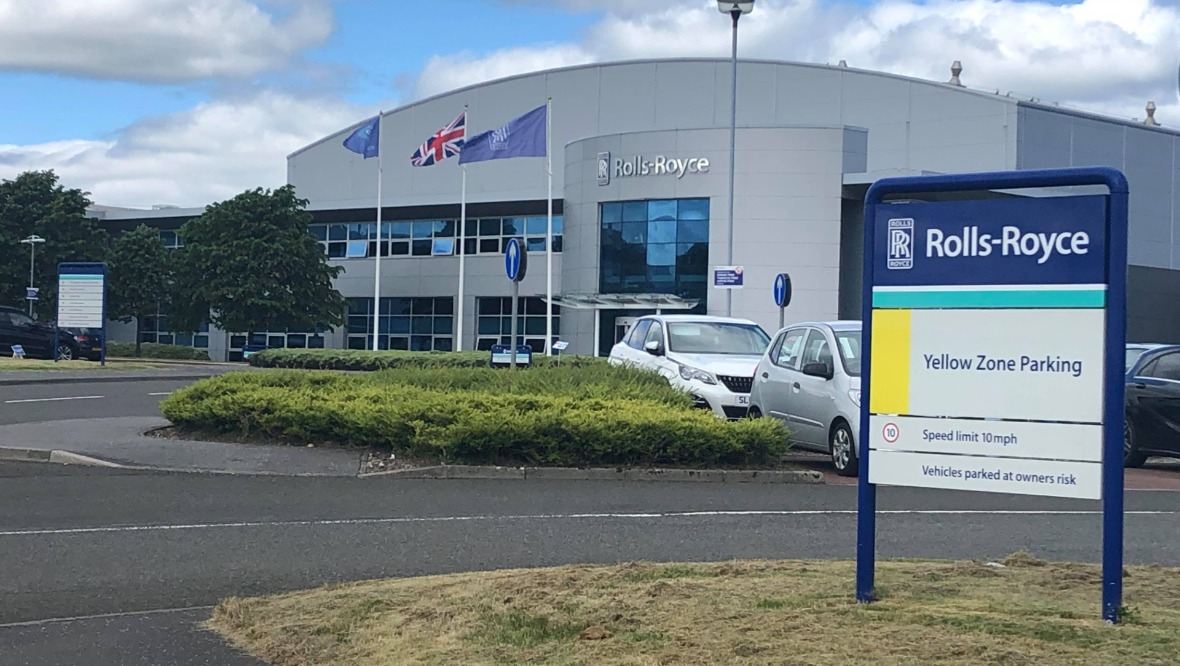 Rolls-Royce is to axe 700 jobs at its Inchinnan branch as part of widescale cuts by the company.

The jobs affected lie in the maintenance, repair and overhaul divisions at the aerospace factory.

Workers learned the news at a management briefing on Wednesday morning.

More than half of the 1300-strong workforce at Rolls-Royce’s Renfrewshire base are now set to lose their jobs.

A Rolls-Royce spokeswoman said: “Today, following constructive talks with trade union and employee representatives, we have opened voluntary severance to all Civil Aerospace employees in the UK.

“Offering voluntary severance is an important step as we resize our business to adapt to the enormous impact of the COVID-19 pandemic on the aviation industry.

“At our Inchinnan facility we have indicated that the likely number of impacted roles will be around 700 based on our immediate load reduction requirements.”

She added: “This number of proposed job losses is a terrible prospect for our people and the communities that are impacted, and we understand how devastating the news must be for everyone at the Inchinnan facility.”

The engineering firm had previously announced plans to shed at least 9000 jobs globally as a response to Covid-19’s impact on the aviation industry.

Responding to the news, Scottish Labour leader Richard Leonard called for the Scottish and UK governments to work with trade unions in order to bring about a rethink.

Leonard said: “These redundancies would be a hammer blow to hundreds of families and would have a devastating impact on the local economy, and to Scotland’s manufacturing base.

“I have repeatedly appealed to both Rolls Royce and to the Prime Minister to intervene to help prevent redundancies.

“Both Scottish and UK Governments must now work with the trade unions urgently to pressure the company to revisit this decision to prevent and reduce this scale of redundancies.”