Robbie Williams: 'I feel like a Scot when I'm in Scotland'

Entertainer says 'there's something in the water in Scotland' ahead of his three shows at Glasgow's Hydro. 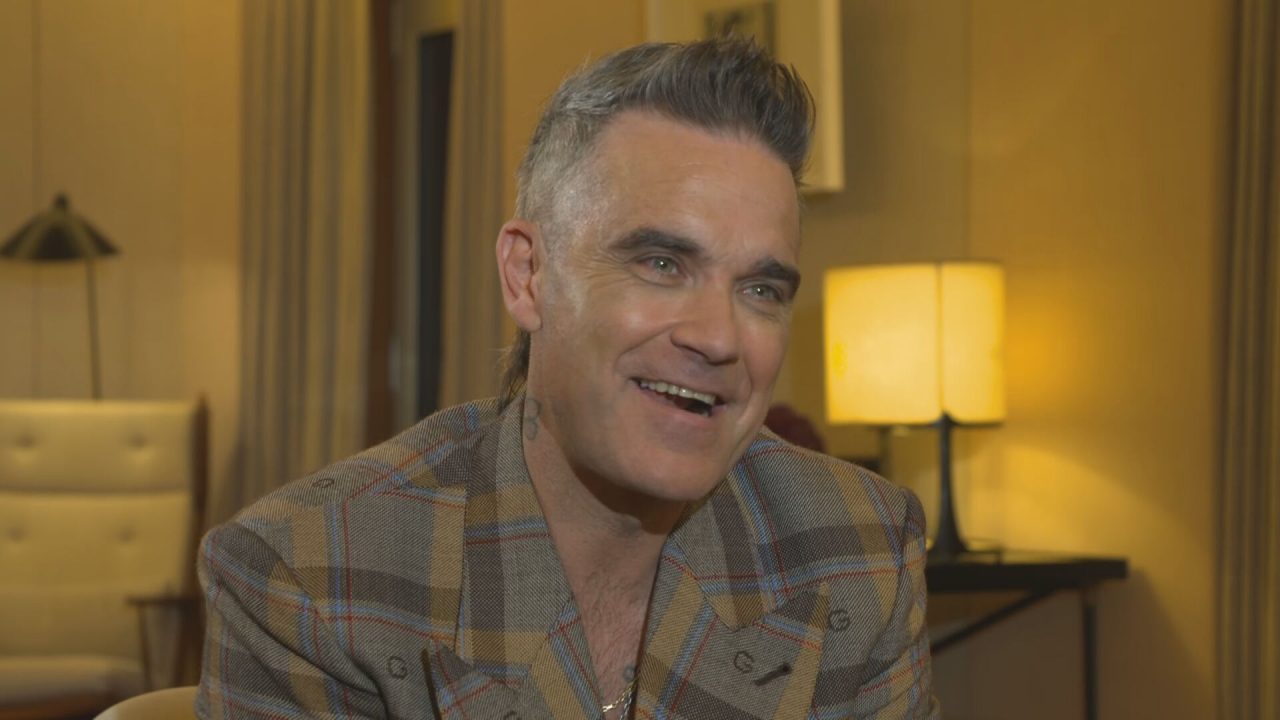 I vividly remember being a screaming teenager and seeing Take That at the SECC in Glasgow, smitten by Robbie Williams’ cheeky charm and those dimples.

Fast forward more years than I care to mention and I was sitting opposite the man himself, in a super posh London hotel room, discussing our mutual love of Married at First Sight and the entire Real Housewives franchise. Yes, everyone. He’s just as obsessed as the rest of us.

Thirteen-year-old me was screaming inside and, I’m pleased to say, he did not disappoint.

Robbie may be in a different place now – he’s a proud dad of four, husband and a more calm, contemplative figure than the often manic Stoke-born superstar we saw in his earlier years.

But the 48-year-old is just as charming, interesting and fun as ever and I soaked up every moment of listening to him discuss his incredible career.

To say it is incredible is an understatement – he’s had 14 number one solo albums, not to mention the incredible list of hits with Take That, 18 BRIT Awards and countless sell-out tours.

It’s to celebrate the 25th anniversary of Robbie’s solo career and promises to be a treat for his many Scottish fans.

He said: “Welsh, Scottish, Irish audiences – English are great too, but there’s something different in the water up there. There is a greater willingness to release themselves to no inhibitions.

“There is this sort of patriotism where you’re like ‘yeah, you should feel that way about you cause it’s ace here and you’re ace and I want to be a part of that.’”

Music to our ears.

Also music to my ears is the fact that when you get to a Robbie Williams show, you know exactly what you’re going to get: all the hits.

He told me: “I think it’s vitally important as a punter – and I speak as a punter – what happens when I go to shows is when they play one I don’t know, I go ‘I’ll give you that. Don’t do it again. Don’t do two in a row’.

And as the man who sings iconic hit, Let Me Entertain You, Robbie feels that he’s in a better place than ever to do just that.

“I believe that I’m getting quite good at my job,” he said. “I believe that many years were spent faking it to make it and I now believe I am a competent entertainer. I think I am getting better at this thing.”

As well as the tour, the new album and currently shooting scenes for his biopic, which he also stars in, Robbie spoke of a return to where it all began, discussing the possibility of a reunion with his Take That bandmates.

“I wouldn’t rule that out. I’ve got loads of plans and health permitting I would love to be able to do something with the boys. That feels like a good thing to think and feel. When that will be, I don’t know. But I know I have an open invite and I am very grateful for that.”

As are many of us, Robbie.

Watch the full interview with Robbie on this week’s What’s on Scotland, Friday at 7pm on STV.