Nine fire appliances, including two height appliances, were at the scene on Tuesday morning. 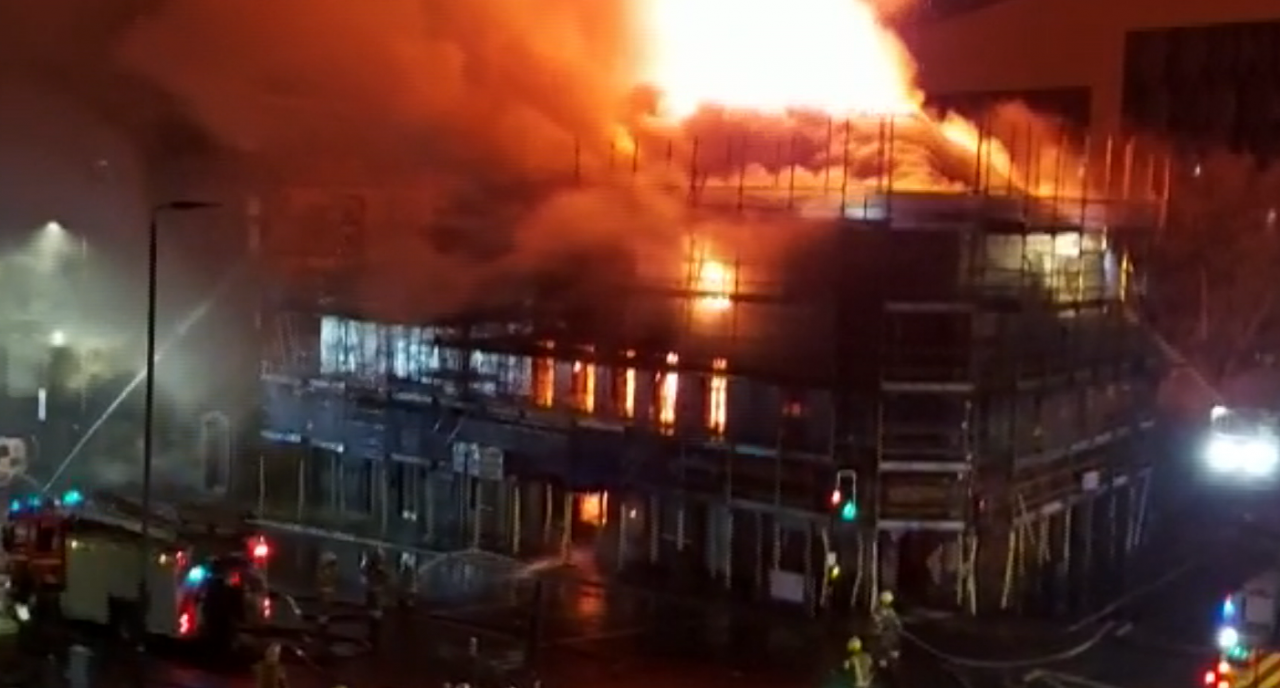 Around 40 firefighters are tackling a blaze at a derelict building in the centre of Glasgow.

The Scottish Fire and Rescue Service said crews were met with a “well-developed fire” when they went to the scene in High Street after the alarm was raised at 1.27am on Tuesday.

Firefighters extinguished the blaze, although two fire engines were still at the scene at 2pm as crews dampened down the area and monitored any hotspots.

There were no reports of any injuries.

Roads in the area, including parts of High Street, Duke Street and West George Street, were closed while emergency services dealt with the incident.

The blaze also temporarily affected train services to High Street, with passengers asked to travel to and from Glasgow Queen Street Low Level on Tuesday morning.