The Royal Navy anti-submarine Type 26 frigates come in the face of increased threat from Russia. 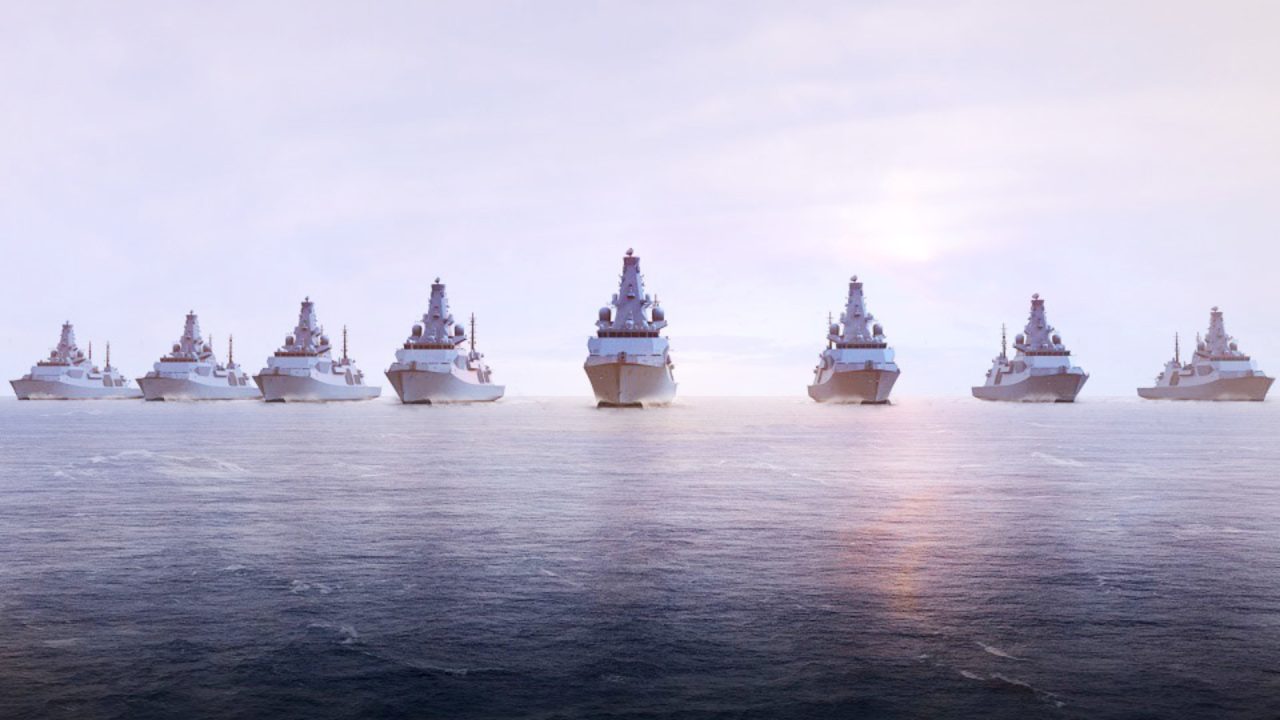 Rishi Sunak has announced the construction of five more warships in Scotland in the face of Russian threats.

The Prime Minister is preparing to confront Russian President Vladimir Putin’s representative with allies at the G20 summit, which starts on Tuesday.

The Ministry of Defence (MoD) said the contract on the River Clyde will support 1,700 jobs over the next decade at BAE Systems sites in Govan and Scotstoun, in Glasgow.

The G20 summit in Bali, Indonesia, is set to be dominated by the fallout from Russia’s invasion of Ukraine.

As North Sea energy firms and British authorities reasses the security of oil and gas infrastructure against interference, Sunak announced that defence manufacturer BAE Systems has been awarded a £4.2bn contract to build five more Type 26 frigates for the Royal Navy, on top of the three already under construction.

The new ships are replacing the fleet of 12 retiring Type 23 frigates.

The Prime Minister said: “Russia’s actions put all of us at risk.

“As we give the Ukrainian people the support they need, we are also harnessing the breadth and depth of UK expertise to protect ourselves and our allies.

“This includes building the next generation of British warships.”

The expansion of the programme to build the frigates, designed for anti-submarine warfare, follows the attacks on the Nord Stream gas pipelines, which have been blamed on the Kremlin.

Meanwhile, Sunak again declined to commit to a promise from his predecessor Liz Truss to raise defence spending to 3% of GDP, compared to the Nato minimum of 2.5%, as he and chancellor Jeremy Hunt seek to balance the books.

He downplayed concerns by some in the Tory party that ditching the target could be seen as a weakness by Putin.

Hunt will outline spending cuts and possible changes to taxes in an Autumn Statement on Thursday.

“We’ve got not just a current but a historic track record of being strong investors in defence and prioritising Nato,” the Prime Minister told reporters travelling with him to Bali.

“I think people can feel completely assured that we’re investing in our defences”.

He continued: “In terms of what does weaken Putin, I mean what he’s going to see from me is unequivocal condemnation of his actions at the G20.”

Sunak also pointed to the UK’s “significant” financial and military assistance for Ukraine.

“I don’t think Putin or anyone else can look at that and say in any way that we’re weak,” he said.

Defence secretary Ben Wallace said: “We are investing in our fleet to ensure our Royal Navy maintains its world-leading capability to protect and defend our nation at sea.

“Supporting thousands of high-skilled jobs in Scotland, and more across the wider UK supply chain, this contract will continue to boost our British shipbuilding industry, galvanising the very best of British engineering, manufacturing and design.”

Scottish secretary Alister Jack said: “Scotland is a world leader in building modern, state-of-the-art warships and it’s great news that our highly skilled workforce and expertise will be at the heart of delivering another five anti-submarine frigates.

“Billions of pounds of UK Government defence investment into Scotland’s shipyards is already boosting our country’s prosperity through supporting thousands of jobs directly and through the supply chain.

“The National Shipbuilding Office, which has a base in the UK Government hub in Edinburgh, is working with industry to deliver a 30-year pipeline of orders in the naval and commercial sectors that will boost Scotland and help level up all parts of the UK.”