The Gannet restaurant in Finnieston had to shut their doors and cancel bookings after a torrential downpour. 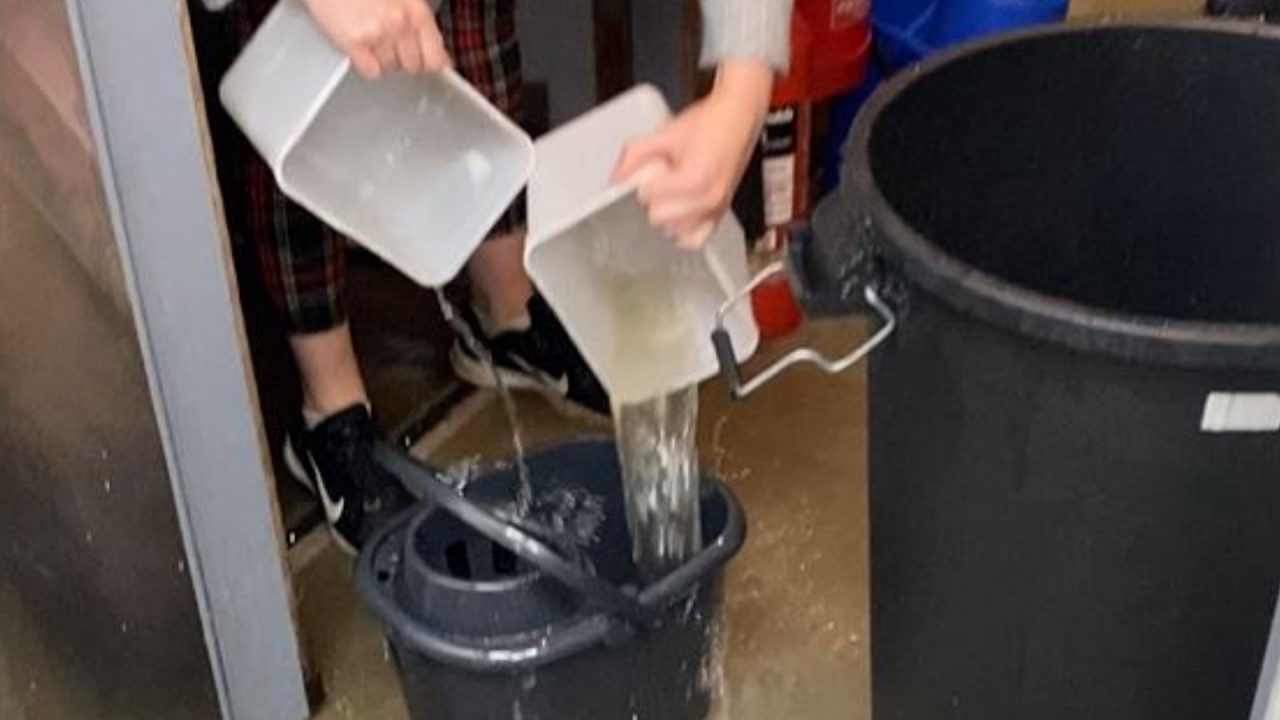 By Lewis McKenzie and Louise Scott

A restaurant in Glasgow was forced to close after heavy rainfall on Saturday caused severe flooding.

The Gannet restaurant in Finnieston had to shut its doors and cancel bookings after a torrential downpour.

Peter McKenna, chef-owner of the restaurant, told STV News that staff noticed the rain getting heavy just after service started at 5.30pm.

Despite having sandbags in place, he said that water started to flood into the restaurant via the back door at around 6pm.

Peter said that he went out with his kitchen porter before attempting to shovel the water out with 60 litre bins.

He explained that despite their attempts, the drains started backing up, causing the restaurant’s drains and toilets overflowing, as well as water coming in from the side and back door.

Customers had to leave their meals, with bookings also cancelled, after the flooding, despite the best efforts of staff at the restaurant.

“It’s awful. Our guests had been booked in for weeks and weeks, we’re fully booked for four weeks in advance, so everybody we had to cancel,” said Peter.

“People who were just getting their first couple of courses had to leave the restaurant, and all my staff, fair play to them, I’ve got some of the best staff in the city, all the guys chipped in, we all rolled up our sleeves.”

He continued: “We spent all night getting rid of the water, and then we spent hours upon hours disinfecting, and then we came in today and we started the disinfecting process all over again, we scrubbed everything from top to bottom numerous, numerous times.

“So, I’ve got a guy working on that at the moment, so, if I can’t repair that, that’s another service down and that’s another massive loss of revenue which is desperately needed.”

Peter outlined the economic cost to the restaurant of having to close, whilst raising the issue of drainage in Glasgow.

He said: “We’ve never had anything like this before, this is incredible. Glasgow Council have to do something.

“I know the guys here in Finnieston, I know Eusebi’s Deli and quite a number of other businesses have been affected, I don’t know to what degree.

“But it’s a city-wide problem, drains have to be regularly cleaned. I don’t know whether it’s because of Covid, they weren’t carrying out the same procedures, but the damage to our revenue stream this week is massive.”

Peter continued: “We’ve got a large team here and they all rely on us to pay their salary monthly, and some weekly.

“We’ve got all our suppliers that we support, we support small independent suppliers that need our business and in turn, we need the people of Glasgow to keep using us as they do, and we need to keep the lights on.

“We can’t keep the business operating if our drains aren’t operating.”

Peter is hopeful that the restaurant will be able to open soon, despite the hardship caused by the flooding.

He said: “We’re quite lucky we’ve got a solid reputation, our customers like what we do, we’ve got a great team, like I said, they’re some of the best in the business.

“But you get a set-back like this, it’s catastrophic. Hopefully our insurance covers some of the loss and maybe Glasgow City Council should chip in too.”