The fire broke shortly after 11am on Fernbank Street in Glasgow's Springburn area. 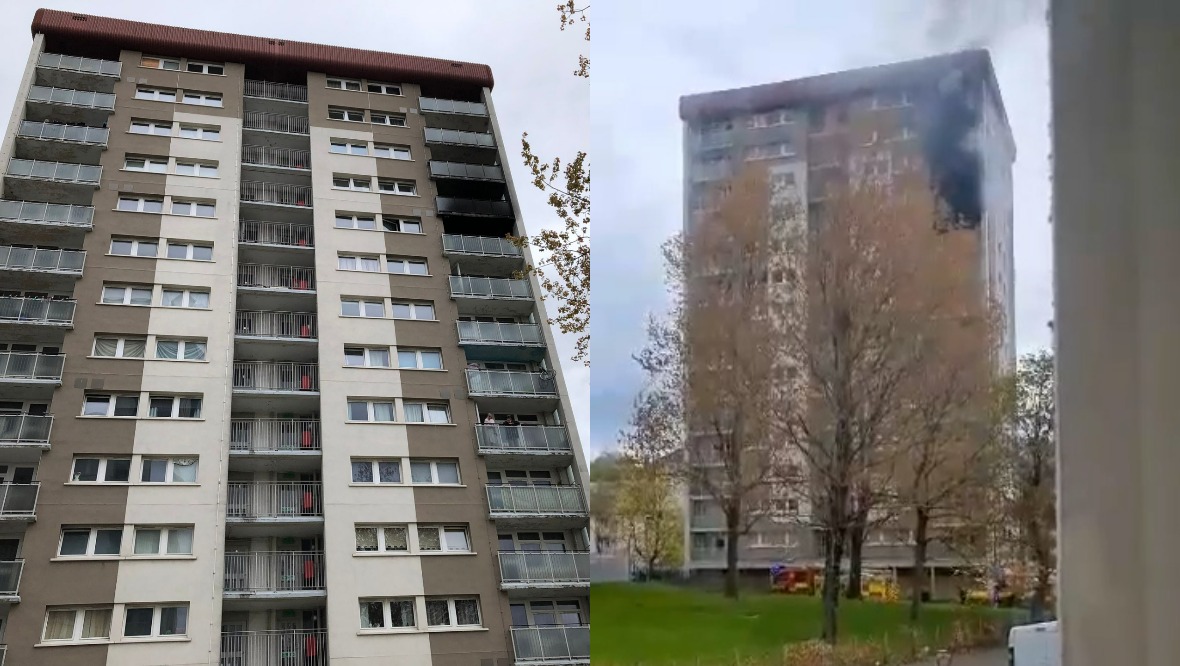 Firefighters are battling a blaze at the top of a tower block of flats in Glasgow.

The fire broke out shortly after 11am on Monday on the tenth floor of the building on Fernbank Street in the city’s Springburn area.

One person is being treated for smoke inhalation as a result of the inferno.

Scottish Fire and Rescue crews remain at the scene.

A Scottish Fire and Rescue Service spokesperson said: “We were alerted at 11.05am on Monday to reports of a fire at a property at Fernbank Street, Glasgow.

“Operations Control mobilised four fire appliances and one height vehicle to a fire affecting a flat on the tenth floor of a multi-storey building.

“One casualty received treatment for slight smoke inhalation and crews are still at the scene.”

A Police Scotland spokesperson said: “We were made aware of a fire at a property on Fernbank Street in Glasgow shortly after 11.25am on Monday.

“Officers attended and have assisted the Scottish Fire and Rescue Service at the scene.”