The closure of Ravenscraig on this day in 1992 dealt a devastating blow to thousands of skilled workers and their families. 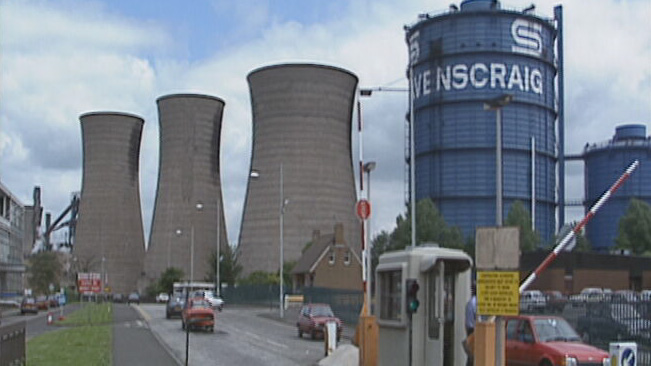 Thousands watched as the towers at the heart of Scotland’s steel capital fell to the ground in 1996.

Once the largest hot-strip steel mill in western Europe, the closure of Ravenscraig four years earlier dealt a devastating blow to thousands of skilled workers and their families.

The British Steel Corporation’s decision to close the Motherwell plant – one of its five across the UK – spelled the end of steelmaking in Scotland, following a sharp slump in demand in the 1980s.

It was the end of an era for The Craig community in North Lanarkshire. The jobs were tough as men grappled with heavy machinery in intense heat, breathing in dust and gas and resulted in several hundred work-related deaths.

But the steelworks were also characterised by camaraderie and a strong sense of social identity among workers, many of whom had worked there for decades.

A 16ft sculpture of a steelworker stands at the site in memory of the lives claimed in the sector and a lasting tribute to Ravenscraig’s industrial heritage.

Much has changed in the 30 years since the Steelworks’ closure, with more than £250m plunged into the formerly derelict 1,200-acre site.

It has grown into a thriving community with around 1000 homes, a college campus, a sports centre with playpark and a business park.

New College Lanarkshire’s Motherwell Campus is the biggest of the institution’s seven sites, costing £70m and featuring a hair salon, training restaurant and an engineering centre.

The £29m sports complex opened in October 2010, hosting the 2011 International Children’s Games, and saw athletes train there for the 2014 Commonwealth Games.

Approval has been granted for a rail bridge and dual carriageway to be built between Motherwell and Ravenscraig, connected to the M8 and M74.

The Raven’s Cliff Hotel boasting a family-friendly pub and restaurant opened in 2018.

The area’s regeneration has not been without controversy; there were ambitious talks to build a theme park at Ravenscraig in the 90s, but they were abandoned due to site contamination and structural issues.

Plans for a huge shopping zone were also ditched in 2017 due to changing market conditions. Instead, a retail hub with drive-thru is now set for the site.

Once a hotbed of heavy industry, Ravenscraig became another beacon of Scotland’s history lost to time – but a new future now rises from its ashes.