The rare leatherback turtle is believed to have been attracted to Loch Long after reports of jellyfish in the area. 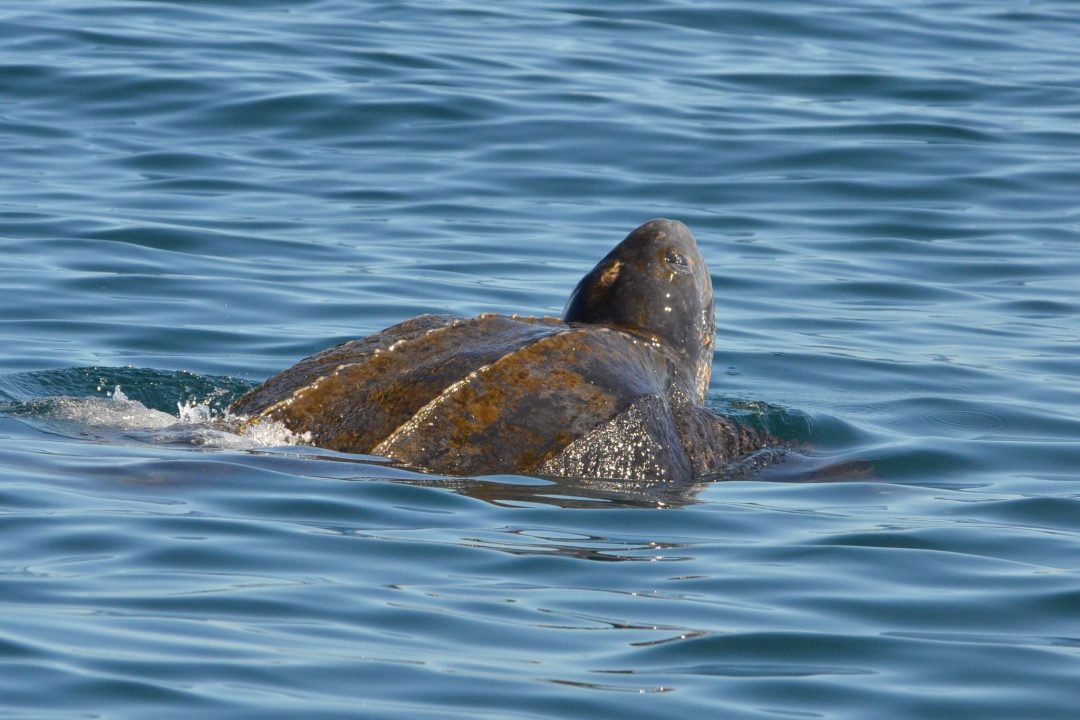 A rare leatherback turtle has been spotted in the waters of Loch Long after being attracted to jellyfish in the area.

The Navy have urged the public to be cautious after the endangered species was spotted swimming in the waters in Arrochar.

The turtle, thought to be around two metres in size, is believed to be a fully grown adult weighing around half a tonne.

Experts from the Marine Conservation Society believe the animal has been attracted to the waters of Loch Long after reports of jellyfish in area.

Leatherback turtles are thought to eat around 200 jellyfish a day.

Sightings of the animal were first reported on September 9 and have continued through the week.

Footage was shared by a local resident which shows the turtle swimming near the shallow ends of the loch.

Loch Long Jetty Association shared the video and said: “A very rare visitor to the jetty this morning, a leatherback turtle.”

Amy Pilsbury, citizen science programme developer at the Marine Conservation Society said: “We’ve had multiple reports of the turtle come in from September 9.

“We’ve also had reports of jellyfish in Loch Long, so it’s likely that it is feeding there too.”

The Royal Navy were alerted to the turtle on Sunday and issued guidance for mariners as a result.

They said: “Mariners are advised that we have been notified of a confirmed sighting of a leatherback turtle in the vicinity of Arrochar in Loch Long on September 11.

“Mariners are advised to navigate with caution in this area as this is a sizeable creature which could pose a hazard to smaller vessels.

“As this is an endangered species, mariners are requested to report any sightings of the creature to either KHM Harbour Control on VHF CH73 or 01436 674321 Ext. 3555 (OOH: 4005) or Ministry of Defence Police Clyde Marine Unit (MDP CMU) craft on VHF CH16.