The recording features the comedian Jock Whiteford talking over an Old Firm derby at Hampden Park. 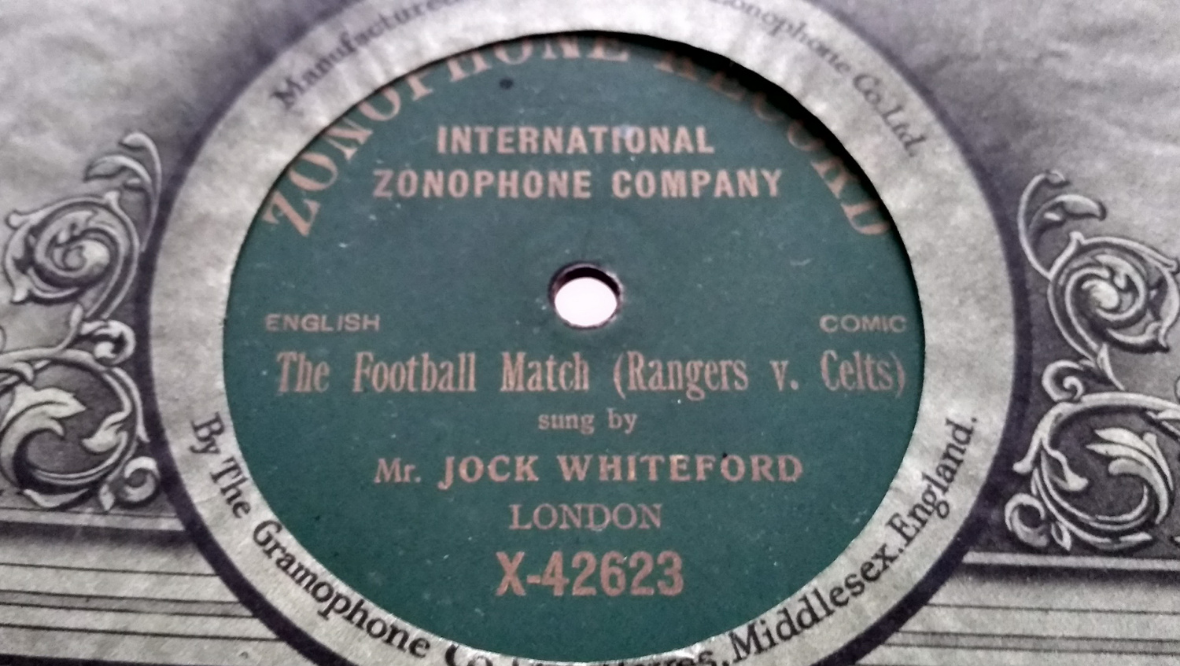 A record collector has snapped up a rare recording from a Rangers vs Celtic game dating back to 1907.

Shane Quentin, 59, from Carnoustie, found the record in a box of 78s which he acquired for just £6 at an auction in Fife.

The recording, from one of three Old Firm matches in 1907, is believed to be the oldest recording from a football match in the UK.

The avid record collector said: “It is an original one sided 78rpm which dates from 1907 and beats the oldest 78 that I have by three years.

“It is a recording of an Old Firm derby played at Hampden Park and features a Scottish ‘comedian’ (ie someone talking very fast in a Scottish accent) describing the match as it happens alongside crowd roars!

“It’s an incredibly early recording of course and this was actually before radio commentary on matches began, it was even before the radio industry started in 1913.”

Currently the audio quality is not of the best standard but Shane has sent it away for it to be restored.

It’s the oldest 78 recording he owns, with the next oldest being a disc containing ‘The Sound of a Captive Nightingale’ in 1910.