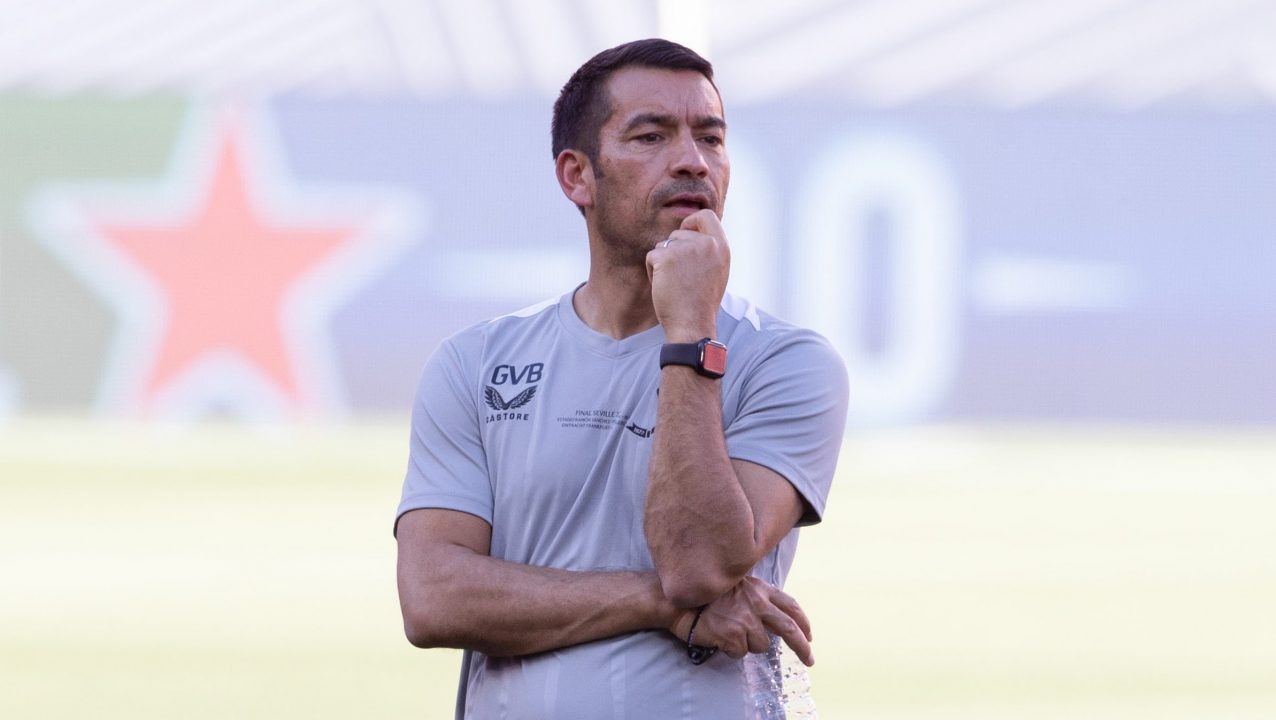 The teams will take to the pitch at the Ramon Sanchez Pizjuan Stadium in Seville at the end of a campaign that has seen both knock out high-profile opponents and upset the odds to get to within touching distance of the famous trophy.

Around 100,000 Rangers fans have made the journey to the Spanish city hoping to see their side make history and there’s optimism that the run in the competition can end with silverware and celebration.

Rangers manager Giovanni van Bronckhorst and his players arrived in Seville on Tuesday to train ahead of the final and the manager said that everyone was aware of the scale of the occasion and the size of the task against their Bundesliga opponents. He said there was determination in his squad and that the team had travelled with the intent of putting their name on the trophy.

“I feel very proud to be the manager of this team and even prouder to take the boys to the final,” he said.

“It’s a huge opportunity to get the second major European prize in this club’s history and we’re determined to bring back that trophy.

“A final is always nice when you win but not when you lose it so we’re here to win.”

The Dutchman said that he sees similarities between Eintracht Frankfurt and RB Leipzig, who Rangers defeated in the semi-final, and is well aware of he danger that the German side can pose after they knocked out big names from England and Spain on the way to the final.

He admitted part of the challenge would be to retain focus amidst the hype and excitement of the final but backed his players to cope with the pressure.

“Of course, it’s different when you see the attention from media but we have to make sure we concentrate on our game,” he said.

“We have done it for so many previous games but it’s a big game that comes with pressure but you need that in any top sport to perform well and that’s what we have to do.”

The manager revealed that striker Kemar Roofe is available to start if picked, but also hinted that on-loan Juventus star Aaron Ramsey’s big game experience could be an asset in a game unlike any other that Rangers have played this season.

The winning team won’t just pick up an iconic trophy but will also bank significant prize money and book a place in the UEFA Super Cup and direct entry into next season’s Champions League.

With the stakes high, and the possibility of going into the club’s history as heroes, Rangers players are unlikely to need any motivation or inspiration before they take to the field just before 8pm UK time.

Regardless, Van Bronckhorst said he will find the right final words “in the moment” before sending his players out for the final, and he’ll be hoping he’ll be addressing them after the game as Europa League winners.