Rangers fans urged not to gather for trophy celebrations

Justice secretary Humza Yousaf urged fans to think about the health of their families and communities. 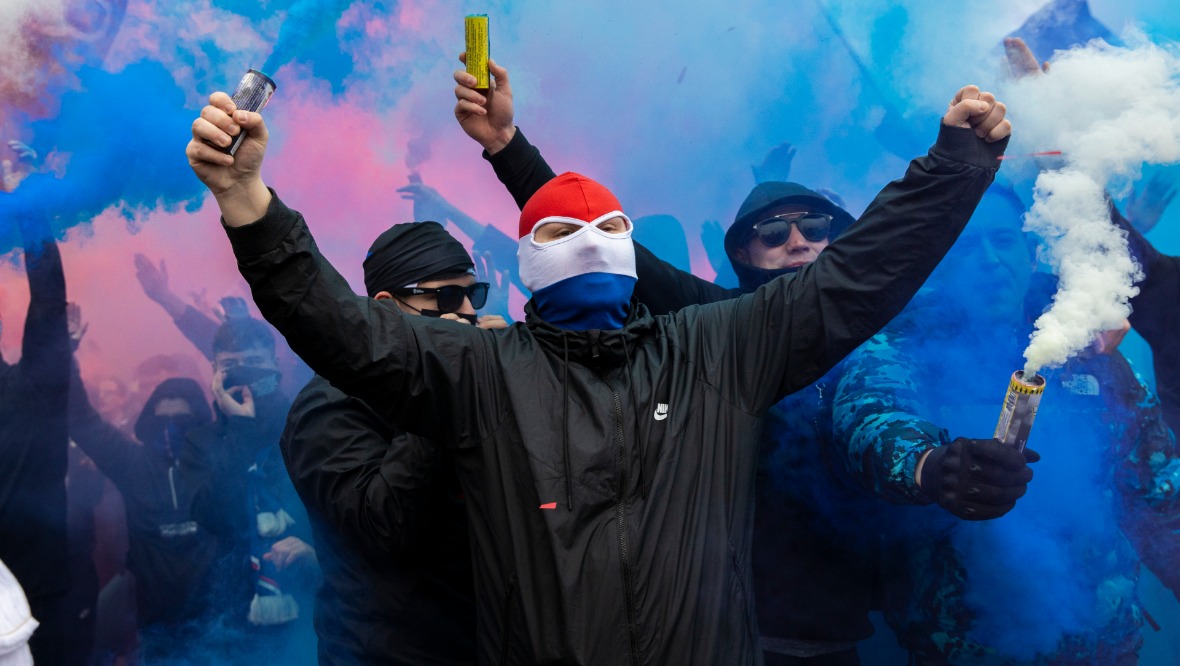 Scotland’s justice secretary is “strongly” urging Rangers fans not to gather in large numbers to celebrate the club’s trophy day this weekend.

The Glasgow side will receive the Scottish Premiership silverware following their match with Aberdeen at Ibrox on Saturday.

A fan group has organised a march to leave the stadium once the trophy has been lifted, making its way to George Square.

The Union Bears encouraged supporters to spread word of the planned gathering.

However, chief superintendent Mark Sutherland said an “appropriate policing plan” was in place and called for fans to “do the right thing” by not gathering in groups of more than six.

On Wednesday, justice secretary Humza Yousaf urged fans to think about the health of their families and communities and not gather in large numbers to celebrate.

He said: “I understand Rangers supporters will want to celebrate what will be a huge day for the club, but we are in a crucial and fragile stage in our fight against the virus, with a new variant and eased restrictions adding to the risks.

“I strongly urge fans to mark the occasion safely and within the Covid restrictions that are in place to protect the public.

“The strong message is that no-one – including fans – should congregate anywhere in large numbers.”

On March 6, fans gathered outside Ibrox Stadium for an ‘early title party’ ahead of Rangers’ match with St Mirren.

The following day thousands descended upon George Square to sing, drink and set off fireworks once the Glasgow side’s premiership win was confirmed after Celtic dropped points to Dundee United.

The scenes, which were described as “disgraceful” by First Minister Nicola Sturgeon, led to 28 arrests and five memorial benches being destroyed in what the city council condemned as “deplorable” behaviour.

Rangers has repeatedly urged fans to stay at home and follow the coronavirus restrictions.

Yousaf added: “I have urged Rangers Football Club to also reinforce the message that fans should not gather, and I welcome the constructive approach Rangers have told me they are willing to take, along with Police Scotland and Glasgow City Council’s considerable work for the safe running of the match on Saturday.

“I urge supporters to listen to the upcoming messages from their club and the police to stick to the rules, which are there to protect all our safety.

“It is important there is no complacency and pressure is maintained to ensure we continue to supress the virus.”