Rangers fans light up the riverside red in title celebration

Police were called just after 10pm on Friday but no arrests were made. 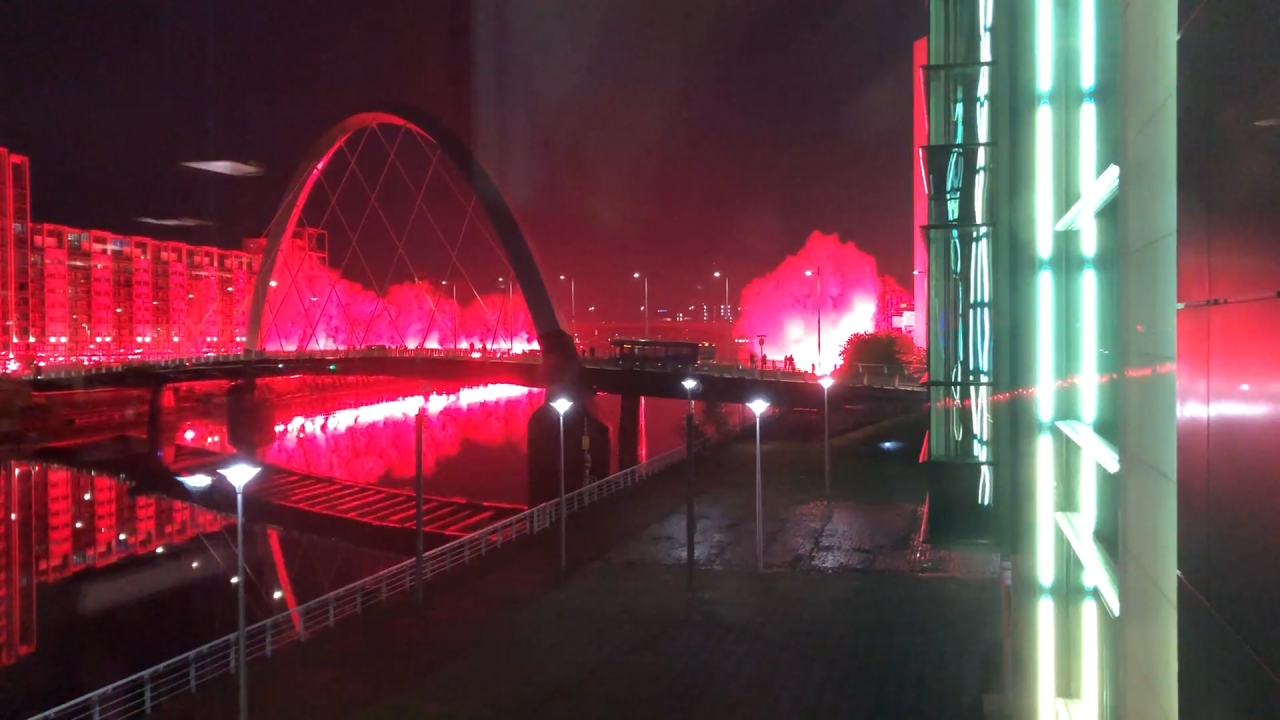 Rangers fans lit red flares along the Clyde in Glasgow ahead of their team’s Premiership triumph.

Large numbers of supporters set off the pyrotechnics on Friday night near to the Clyde Arc, also known as the Squinty Bridge.

At around 10pm, police were called but no arrests were made and the group was later dispersed.

A Police Scotland Spokesperson said: “Around 10.15pm on Friday, 14 May, police received several calls regarding a large gathering at the Clyde Arc Bridge, Glasgow. Officers attended, no arrests were made and the group later dispersed.”

On Saturday morning, large crowds of Rangers fans gathered in Glasgow ahead of their team’s Scottish Premiership match against Aberdeen at Ibrox.