Robbie Young, nine, is off to Spain after his mum frantically got his passport renewed in time. 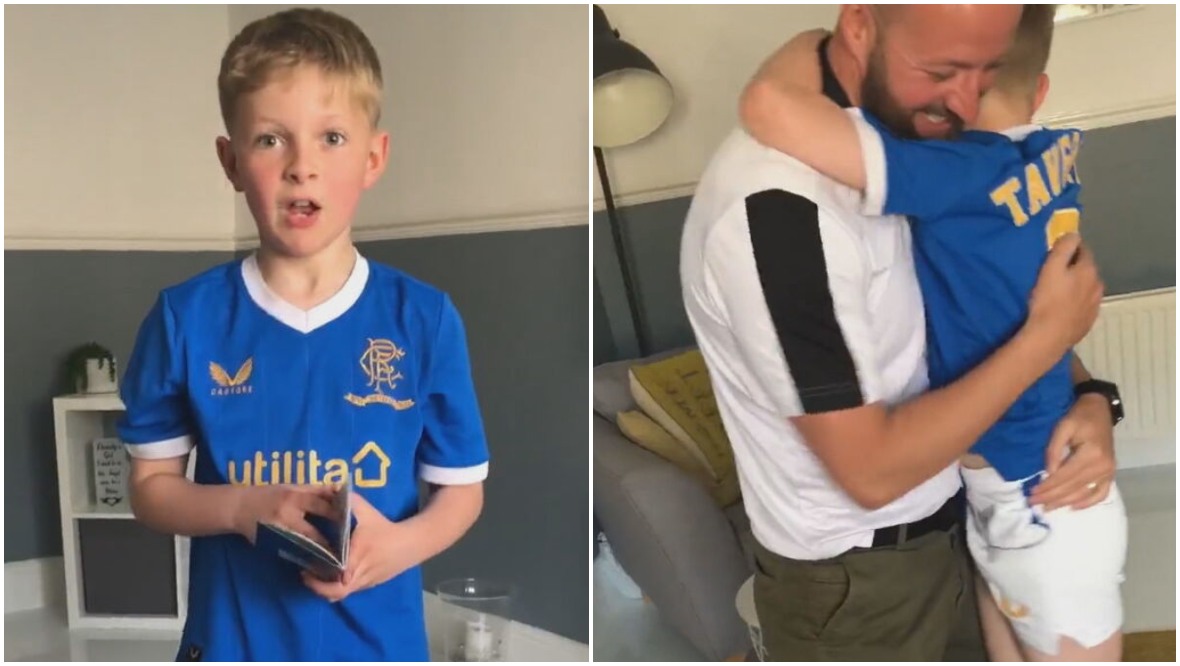 A young Rangers supporter is on his way to Seville for the UEFA Europa League final after his mum scrambled to get his passport renewed in time.

Robbie Young was surprised by his parents Robert and Kelly with the trip at the weekend, with a clip of the special moment going viral on social media.

On Monday the nine-year-old travelled to Leeds Airport with his family, where the group flew to Alicante before setting off for Seville in a motorhome.

The ecstatic youngster told STV News: “My passport wasn’t ready and it came on the Saturday and I just had a pretty good reaction!

“My mum brought my new kit out, then she brought my passport out. It took me a wee minute to actually get it then I said ‘am I going to Seville?’ and I went fully nuts!

“I thought my dad, my cousin and my uncle were going and I would have never forgiven them if they win! I would have just shouted at them for the rest of their lives!”

Mum Kelly was determined her son would get to experience the atmosphere in Seville and did all she could to get Robbie’s new passport in time.

After hours of phone calls and emails, desperately trying to track it down, Kelly managed to collect the passport from the Glasgow office on Saturday.

She filmed Robbie’s reaction after receiving the passport and shared the magical moment on Twitter.

The family don’t have tickets for the match but are looking forward to joining all the other fans in Seville, watching from the fanzone.

And if Rangers win, Robbie told STV News: “I’m not going to school for the rest of my life!”

Proud dad Robert might have something to say about that but for now he’s thrilled to be making the journey with his son by his side.

“I would never have wanted to come over without him. It will be the experience of a lifetime.

“We’ve been to all the home games so it means a lot to see Rangers get to the final hurdle and hopefully finish it off.”