The litter arrived at the Dogs Trust six weeks ago, after their pregnant mum had been taken into their care. 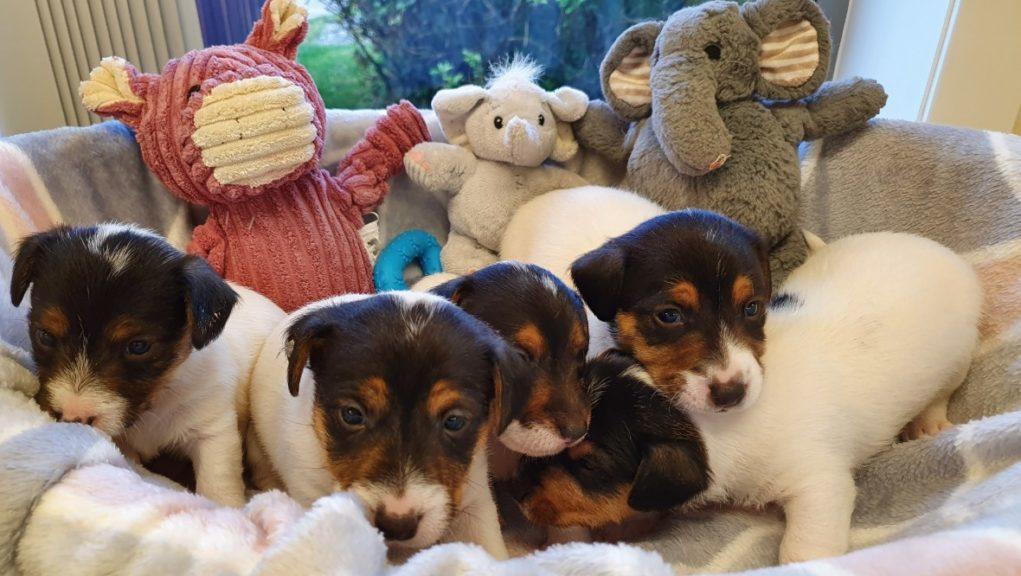 Five rescue puppies born during the coronavirus lockdown have been named after an “overwhelming response” to a public poll.

The litter arrived at the Dogs Trust in Uddingston six weeks ago, after their pregnant mum was taken into the centre’s care.

And following a vote which saw more than 15,000 people take part, the cute little Terriers have been named Hope, Hero, Sunny, Rainbow and Joy.

The charity’s team has now gone through all the applications and picked suitable adopters, meaning the canines are waiting patiently until it is time to go home with their new owners.

Sandra Lawton, rehoming centre manager at Dogs Trust Glasgow, said: “It is great the public got so actively involved in the poll and I’m thrilled the pups have all been given such positive names, as we need a little optimism during the current crisis.

“We are fortunate to have such passionate supporters; and although not everyone who expressed an interest in the puppies has been able to get one, we ask that they be patient as their perfect canine companion could be right around the corner.”