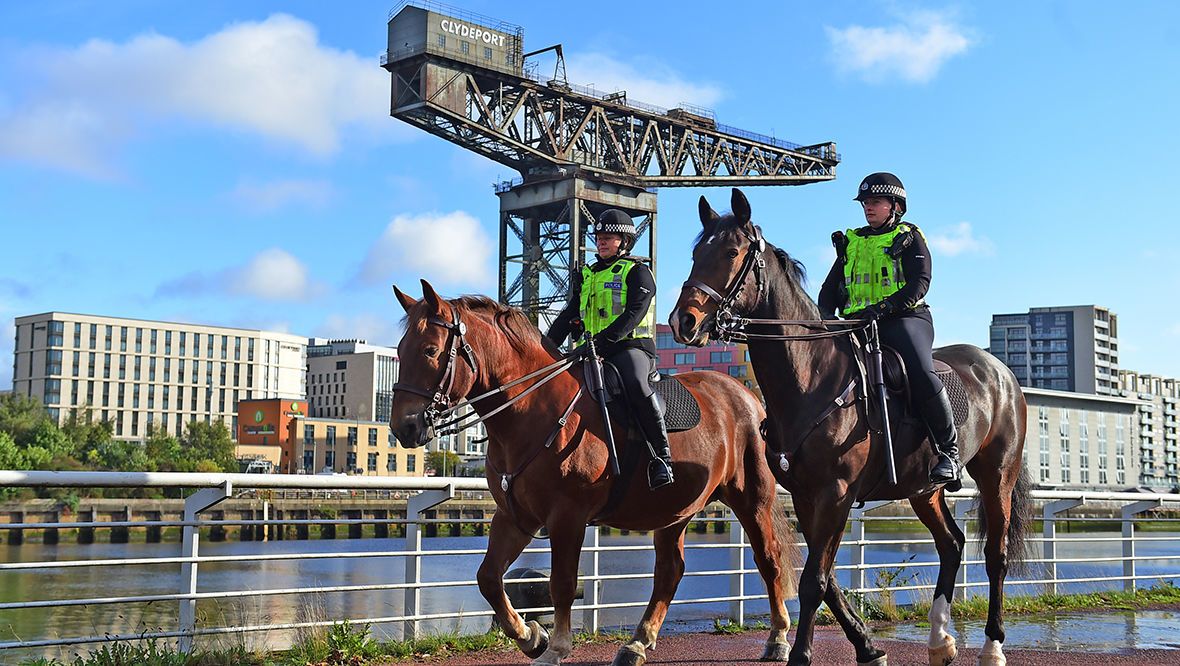 Police Scotland is urging the public to be the force’s “extra eyes and ears” during the COP26 international climate summit as part of a drive to combat crime and terrorism.

A nationwide campaign to promote security operations – known as Project Servator – was launched on Monday in the run-up to the event, which gets under way in Glasgow on October 31.

More than 100 world leaders are expected to attend the opening of the event, which will see one of the largest police operations ever undertaken in Britain.

It will involve local policing officers from each of Scotland’s 13 divisions and specialist resources including firearms officers, dog handlers, mounted branch, search teams and the marine unit.

Chief superintendent Mark Hargreaves, silver commander for the policing operation at the summit, said: “COP26 is one of the largest policing operations the UK has seen and we plan to utilise all resources at our disposal to support the delivery of a safe and secure event.

“Project Servator has proven to be an effective tactic in helping to disrupt criminal activity and keep people safe and has been deployed successfully at major events in the past, such as the Commonwealth Games and Edinburgh Festivals.

“Support from businesses, partners and members of the public is vital to its success, which is why we are working with communities, British Transport Police and local authorities and councils across the country, including the host city of Glasgow. We can all play a part and I would encourage you to get involved.

“If there’s a Project Servator deployment taking place in your area, speak to our officers who will be happy to provide information and reassurance.

The Queen, Pope Francis and US president Joe Biden are among the high-profile figures expected to attend the event, and each member of the United Nations has been invited, meaning nearly 120 heads of state are expected to arrive along with about 20,000 accredited delegates.

Around 10,000 officers from around the UK will be deployed on each day of the two-week summit.

Ahead of a six-week advertising campaign to remind people of the role they can play, Police Scotland said: “Key to the success of Project Servator is the support of the public to be extra eyes and ears for the police.”

Superintendent Dave Marshall, of British Transport Police, said: “We’ve been using Project Servator across the railway network for nearly six years now and seen first-hand the effectiveness of this tactic in deterring crime and terrorism, particularly when it comes to policing significant events.

“Project Servator will form a vital part of our policing operation for COP26, as we work closely with Police Scotland and our railway partners to ensure the safety and security of the travelling public.”

He said passengers can expect to see search dogs and armed police on patrol as part of Project Servator and urged those travelling to assist by reporting anything suspicious, either on the force’s text number 61016 or through 999 in an emergency.