Around 200 protesters are at the scene in Pollokshields, with chants of 'these are our neighbours, let them go'. 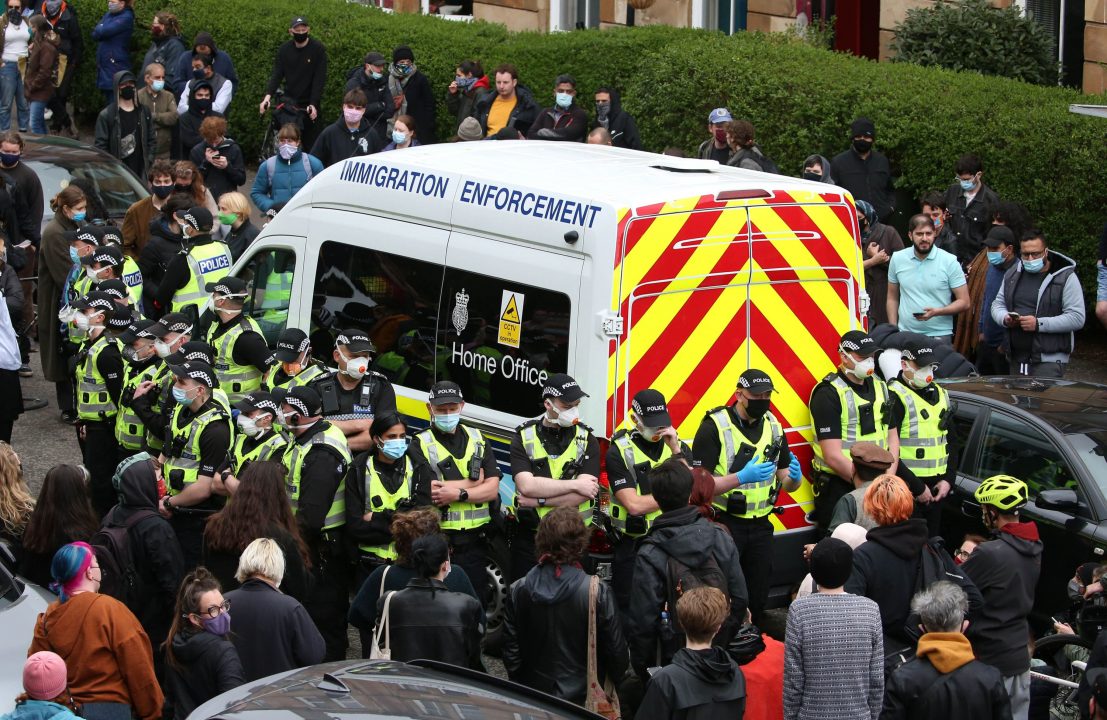 Protesters have gathered in Glasgow to demonstrate their opposition to a raid by the Home Office.

Immigration officials for the UK Border Agency had moved on a property on Kenmure Street in Pollokshields on Thursday morning before protesters blockaded an enforcement van.

Police were called in to provide support and surrounded the van, while the gathered crowd could be heard chanting: “These are our neighbours, let them go.”

Chief Superintendent Mark Sutherland, local policing commander, said: “Around 9.55 am this morning, Thursday, 13 May, 2021, police were called to an address in Kenmure Street, Pollokshields, following a protest by a large group of people.

“The call was made by UK Immigration Enforcement (UKIE) after a group of protesters gathered at the address where UKIE staff were in attendance. Police Scotland does not assist in the removal of asylum seekers.

“Officers are at the scene to police the protest and to ensure public safety.”

First Minister Nicola Sturgeon, who is the MSP for Glasgow Southside, wrote on Twitter that she is “deeply concerned” by the action taken by the Home Office.

She said: “As constituency MSP, I am deeply concerned by this action by the Home Office, especially today in the heart of a community celebrating Eid.

“My office is making urgent enquiries and stands ready to offer any necessary assistance to those detained.”

SNP MP Alison Thewliss, who represents Glasgow Central, tweeted that she would be taking the matter up with UK Government ministers.

She wrote: “This is absolutely awful, but heartened to see local residents in Pollokshields standing up for their neighbours and refusing to accept the brutality of the @ukhomeoffice.

“I am taking this matter up with Ministers. Not in our name.”

Mohammad Asif, director of the Afghan Human Rights Foundation, was one of what he said were hundreds of neighbours protesting against the action.

The 54-year-old said: “We’re here against the hostile environment created by the Tories and the British state.

“The same people who run from the British and American bombs put at the back of the van right now. And they are about to be deported.

“And it’s on Eid you know… the guys are not even allowed to pray. How do you do that in a democratic society? It’s a sad day.”

Mr Asif, who left Afghanistan as a refugee himself in 2000, said the atmosphere amongst the protesters was peaceful.

Scottish Greens co-leader Patrick Harvie said: “It’s horrific that people have been forced to take such action to defend their most vulnerable neighbours from the brutality of the UK Home Office.

“The current regime, presided over by the institutionally racist Home Office, is inhumane. Scotland needs an asylum system worthy of the name, and asylum support provided to a standard that our communities can be proud of.”

Scottish Labour leader Anas Sarwar tweeted: “I am disgusted by the Home Office raids in Pollokshields. It is particularly unacceptable that this is happening during a pandemic, in an area that has a spike in cases and on the day of Eid.

“We need an immigration policy that is based on human dignity & human rights.”

Operations cancelled at hospitals under 'extreme pressure' from Covid

Proposals to convert social club and bowling green into apartments

Blood test 'could intercept cases of leukaemia in elderly patients' 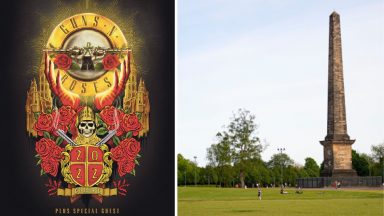 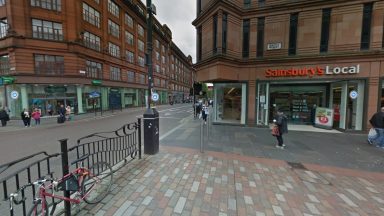 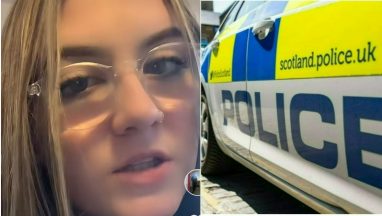