Probe continues into man ‘spotted with weapons’ near Asda

Armed police swept the scene in the Prospecthill Circus area of Glasgow on Wednesday morning. 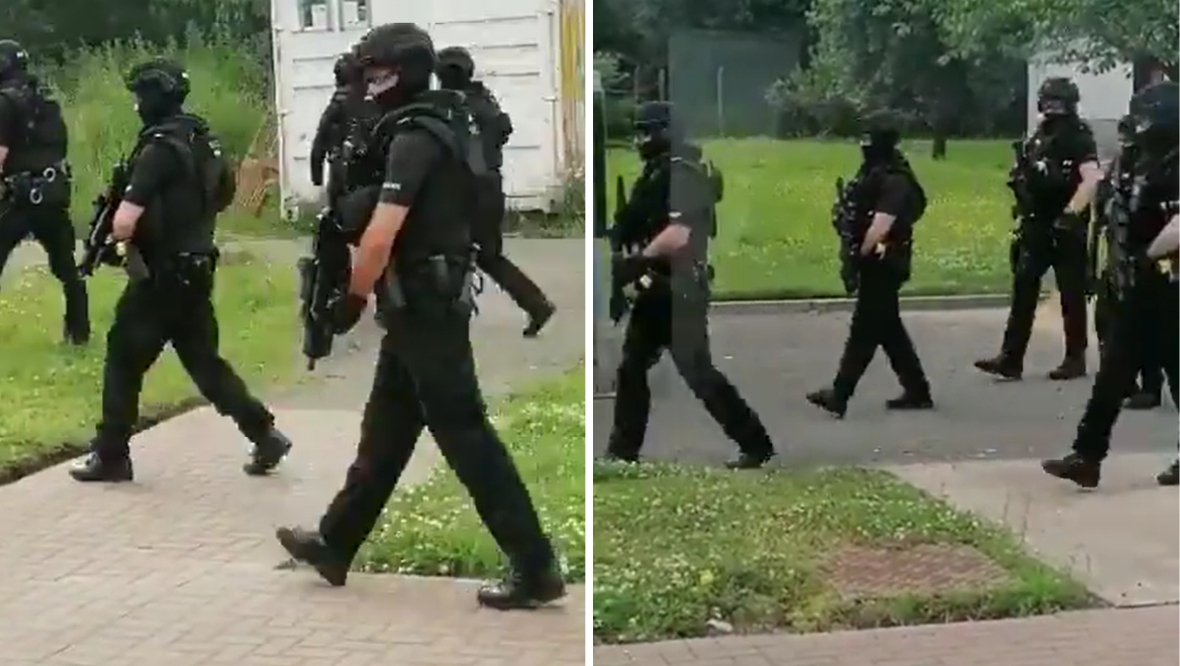 Investigators are following a positive line of inquiry after armed police, dogs and a helicopter were deployed to a sighting of a “man in possession of two weapons”.

Officers with guns swept the scene in the Prospecthill Circus area of Glasgow, near the Asda Superstore at Toryglen, on Wednesday morning.

Police said an investigation into the “full circumstances” is still under way and reassured members of the public.

A Police Scotland spokesperson said: “We received a report of a man in possession of two weapons in the Prospecthill Circus area of Glasgow around 10am on Wednesday, July 7.

“Officers attended including specialist firearms officers, the dog unit and police helicopter in order to immediately carry out enquiries and provide reassurance to the community. The full circumstances are still being investigated and we are following a positive line of enquiry.”

Anyone with any information about the incident can contact Police Scotland on 101 quoting incident 0825 of July 7.