The Princess Royal will spend time meeting representatives of organisations of which the Queen was a patron. 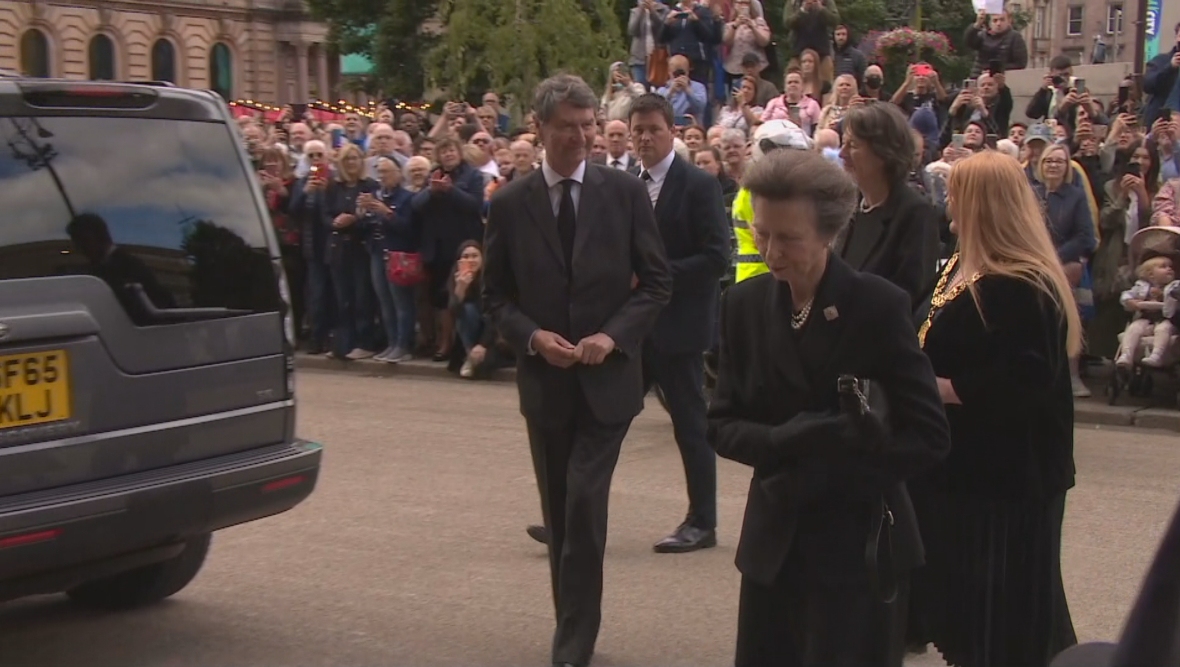 The Princess Royal has arrived in Glasgow where she will spend time meeting representatives of organisations of which her mother, the Queen, was a patron.

Anne, the Queen’s only daughter, will also be invited by the Lord Provost councillor Jacqueline McLaren, in her capacity as Lord Lieutenant, to view flowers left in tribute to the late monarch at the front of the City Chambers.

She arrived in Glasgow shortly after 12.15pm on Thursday, accompanied by her husband Sir Tim Laurence.

During her visit the Princess Royal will meet representatives of Friends of Glasgow Cathedral, Glasgow Caledonian University, Royal British Legion of Scotland, YMCA, Royal Scottish Society of Arts, Royal Scottish Country Dance Society, Lambhill Stables and RSNO, of whom the Queen was a patron.

Her Royal Highness will later visit the Satinwood Suite where she will meet members of the public signing the book of condolence, in memory of Her Majesty the Queen.

On Wednesday, the Queen’s coffin was moved to Westminster Hall in London where it is lying in state until her funeral on September 19.

Mourners in London queued overnight to pay their final respects to the Queen.

At 12.10pm on Wednesday, the queue of mourners stretched for almost four miles to near Tower Bridge, with the public waiting several hours before they are admitted to the hall.

Westminster Hall will remain open to members of the public for 24 hours a day until 6.30am on the day of the Queen’s funeral on Monday, September 19.