Prince William in tribute to grandfather during shipyard visit

Prince William spoke movingly about his late grandfather during a visit to BAE Systems in Glasgow. 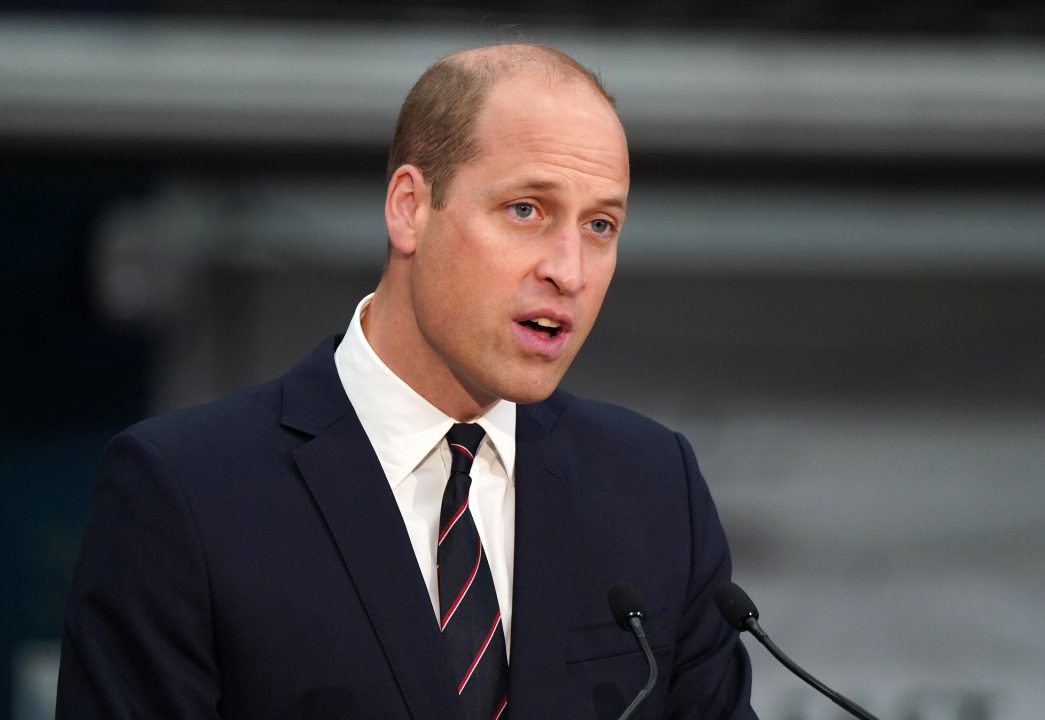 The Duke of Cambridge spoke movingly about the late Duke of Edinburgh after touring a warship under construction, saying his grandfather would have been fascinated by the skills and technology on display.

William visited a shipyard to meet the team building HMS Glasgow on the banks of the River Clyde and announced that the Duchess of Cambridge has become the sponsor of the Royal Navy frigate and will officially name her.

On arrival at the BAE Systems yard in Govan, Glasgow, the duke met a group of staff in the shadow of the towering City Class Type 26 frigate.

When told that the two halves had recently been welded together, William joked: “Who’s responsible for the middle joining up?”

Impressed by the engineering challenge, he added: “It’s a real feat to be able to sandwich these two together.”

The duke also took part in a steel cutting ceremony to mark the start of the work on HMS Belfast, a City Class Type 26 global combat ship.

Before pressing a button to begin the underwater process, William told gathered staff and senior BAE Systems executives: “It is a real honour to see the Navy’s incredible new Type 26 ships under construction.

“The scale of achievement is truly staggering, and all the staff I’ve met here today are rightly proud of what you are doing.

He added: “My family’s affection for the Royal Navy is well known, and, as I saw the work taking place here today, I was thinking of my grandfather, the Duke of Edinburgh.

“He would have been fascinated and excited to see such advances in skills and technology being put into practice.”

Philip served with the Royal Navy during the Second World War, had a long association with the service after leaving, and also had a passion for engineering.

The Queen’s late consort once said in an interview: “The whole of our infrastructure, from sewers to power supplies and communication, everything that wasn’t invented by God is invented by an engineer.”

William’s visit to the shipyard was originally due to take place in May but Covid restrictions meant it had to be postponed.

He said: “Her Majesty the Queen has approved the appointment of my wife Catherine as sponsor of the superb ship we see taking shape outside – HMS Glasgow.

“I know that Catherine will be delighted to join you here in Glasgow for the naming ceremony in due course.”

Before leaving, William was presented with three wooden models of Royal Navy warships for his children to paint.

Thomas Augaitis, who built the models with a fellow apprentice, was part of a group that handed over the gifts to the royal.

He said: “The duke said it was going to get messy and he wanted the kids to be gentle with them so they didn’t break.”