Primary school pupils visited by NASA astronaut ahead of COP26

Nicole Stott spent 100 days in space and worked for NASA for 27 years. 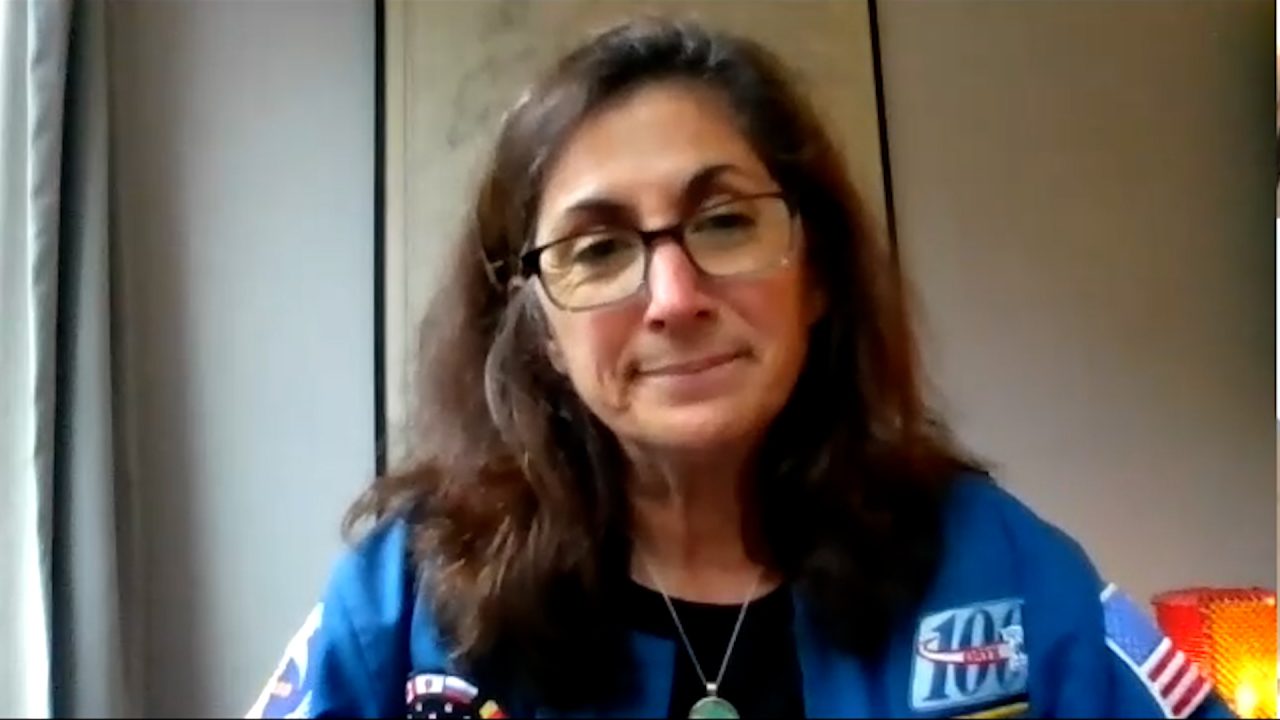 Children at a Glasgow primary school were paid a visit by a NASA astronaut as they learned about the climate challenges facing the planet.

Ahead of COP26, Nicole, who worked at NASA for 27 years, spoke to children at Parkview primary school.

And she shared her experiences of space with pupils, having served as a flight engineer on ISS Expedition 20 and Expedition 21, as well as serving as mission specialist on STS-128 and STS-133.

Nicole explained that the youngsters she spoke to are aware of the size of COP26, which starts on Sunday.

“We spoke to the youngest kids up to I think seventh grade kids, and all of them I think are already aware that there’s this big conference going on that’s bringing people from all over the world to their city,” she said.

“And that I think has them sitting up straighter and thinking about their place on this planet.”

Nicole said she’d heard one story of some parents at the school having to carry their kids to school due to flooded streets, as she outlined some of the issues facing the planet.

She said: “I think they’re understanding that people are coming here from all over the world to try to help solve those problems.

“And I have to believe after talking to several of them that if they could get into those delegate sessions, they’d be saying, ‘please help me figure out how I can be part of this solution’.

“And probably demanding that all of the people there are actually going to take action as well.”

Nicole said that you don’t need to go to space to learn, as she said people need to remember that “we’re all earthlings”.

She said: “It was nice because I got to share with them some videos and pictures of earth from space and share how that impacted me.

“And then to get them thinking about things they already know, that you don’t have to go to space to learn.

“Like, we live on a planet! You learn that when you were young, but somehow as we grow older we tend to forget about that.

“And I think we need to remember that we’re all earthlings, all the life that we share this planet with and that the only border that matters is that thin blue line of atmosphere that’s blanketing and protecting us all.”

Reflecting on the time she has spent in space, Nicola said the feeling of seeing planet earth is you don’t just see, but feel as well.

“I feel blessed to have had the opportunity to work in space, to be part of an international community that I honestly believe is the best example for how we should be living like crew here on spaceship earth,” she said.

“To be part of something that and a lot of people I think don’t realise this with space exploration, that everything we’re doing up there is ultimately about improving life on earth.

“And that feels good to be part of something like that. And then, you know, there’s nothing better than that view of earth from space.

“It is one that you don’t just see it, I mean, you feel it, it gets in you, there’s a power behind that where I think you leave with the feeling knowing that you need to respect this one home that we have and try and encourage as many people as you can to get on board with that.”