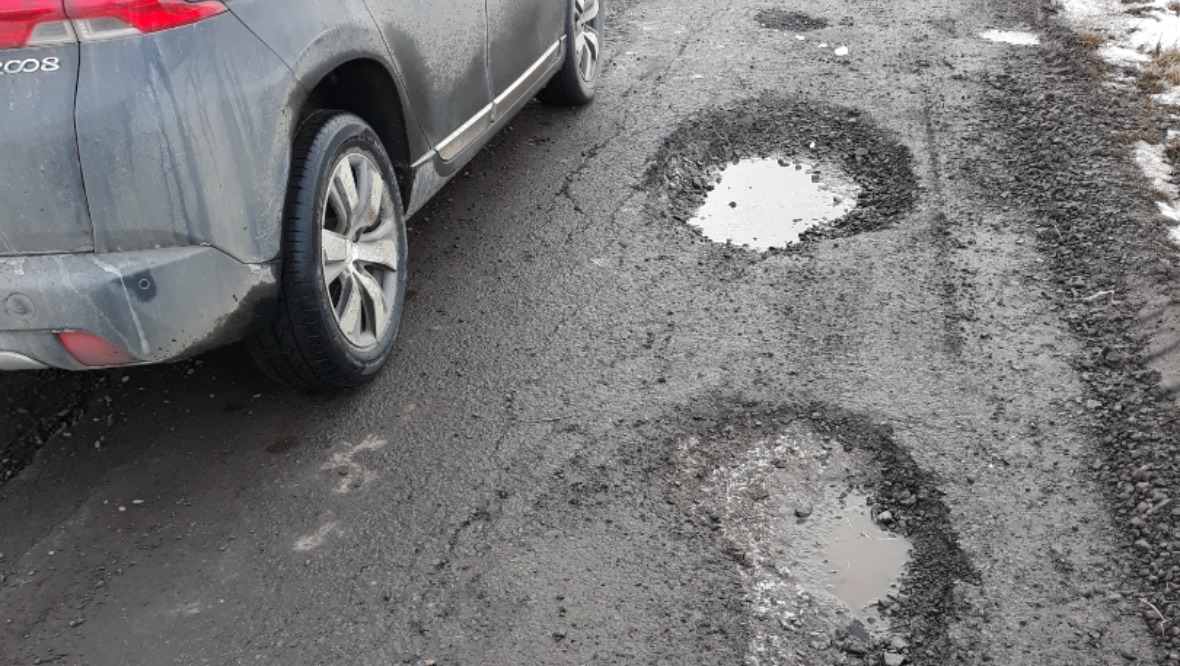 Road users have shared their experiences after a report warned that a “pandemic of potholes” was blighting Scotland’s surfaces.

AA analysis found that craters were causing punctures, wheel damage and suspension faults – with half of drivers surveyed saying they were worried about disrepair.

Figures released last year found Glasgow had the lowest rate of compensation for pothole damage – only 3% of 3,000 claims submitted to the city council were approved between 2018 and 2021.

Mum-of-two Lianne Carberry was injured when she was thrown head-first over her bike after striking a pothole in Glasgow city centre.

The rail worker, 43, was cycling home in torrential rain when she hit the crater on Bridge Street, yards away from an oncoming bus, in March 2020.

She suffered whiplash, severely bruised legs, abdomen and pelvis and damaged tendons in her feet, and was in so much pain she threw up at the scene.

After breaking her phone and losing her glasses in the incident, Mrs Carberry managed to walk home to Cathcart to her horrified family.

She told STV News: “I was in total agony, but the adrenaline got me home. I was sobbing by the time I got there.

“My husband and sons had to lift me up three flights of stairs.”

Mrs Carberry was taken to A&E at the New Victoria Hospital, but could not be seen. She was forced to return home and take painkillers instead.

“I had a massive hematoma on my thigh and graze burns,” she said. “I couldn’t get to sleep due to the pain. I was up constantly and crying. It was horrific.

“I will never ride my bike on the road again. The roads are far too dangerous.”

Nearly two years on, Mrs Carberry is having regular physiotherapy and podiatry to rehabilitate her heel injury.

She struck another pothole on Nitshill Road on December 20 and had to pay £200 to replace the damaged tyre.

She said: “I’m so annoyed with Glasgow City Council. They need to start maintaining their roads regularly. Cars are swerving potholes like dodgems, so what chance does a cyclist stand?

“I saw the same pothole I hit the other day, filled with water and with a traffic cone in it. The state of the roads is shocking.”

Potholes are caused by the expansion and contraction of water after it has entered into the ground under the pavement.

As the weight of vehicles pass over the weak spot in the road, pieces of the pavement crack.

Garages have reported a significant increase in wheel damage by potholes.

Colin Cunningham was forced to fork out hundreds of pounds after damaging his wheel hitting a pothole.

The 40-year-old was driving along Cuilhill Road from Uddingston to Gartcosh when he struck several cavities on the evening of October 21.

Thankfully, he had a spare tyre and changed it before heading home to Falkirk.

He said: “My wheel was completely obliterated. There was a really loud bang – I thought we’d hit something on the road. It instantly burst my tyre.”

He added: “If you hit that on a bike you’d be in serious danger. It’s that deep, it’s by my ankle.”

Mr Cunningham booked in for a garage the same night, later paying £700 for repairs to his alloys and a tyre along with four-wheel tracking.

But his application for compensation, diverted from North Lanarkshire to Glasgow Council, was rejected.

A letter shown to STV from the authority said it was not at fault as regular annual inspections were carried out in the area and repairs had been scheduled in line with the Roads (Scotland) Act 1984.

“There will obviously be small imperfections with heavy good vehicles and such, but you expect when there’s a complaint put in, that it’s fixed as soon as possible. That doesn’t seem to be happening.

“Right before Christmas wasn’t ideal. It’s not cheap to survive now at the best of times, so that was a bill that I really didn’t need.

“The problem is, in the pitch black , you don’t see them. Around here, I know the potholes. But if you’re driving somewhere you don’t know, you can’t be sure you’re not going to hit one.”

A spokesman for Glasgow City Council said: “We are very sorry to learn of the injuries sustained by Mrs Carberry and we hope she recovers fully as soon as possible.

“Unfortunately, potholes can appear suddenly at any time due to the impact of weather conditions, such as frost and rain, and also the volume and weight of traffic using the roads network.

“Our responsibility is to ensure we have in place an appropriate system of road safety inspections and repairs that tackles the most dangerous faults as a matter of priority.

“Potholes or other faults identified by our inspectors, or reported to us by the public, will be fully risk assessed in relation to all road users and then included in a suitable programme of repairs.

“Reporting a pothole directly to the council is the most effective way of ensuring the fault is assessed and then repaired as necessary.

“All claims are determined on the individual merits of each case and in the context of our roads inspection and repairs policy, which is based upon national guidance.”