Harry Richards is giving 'distance performances' for people self isolating amid the coronavirus outbreak. 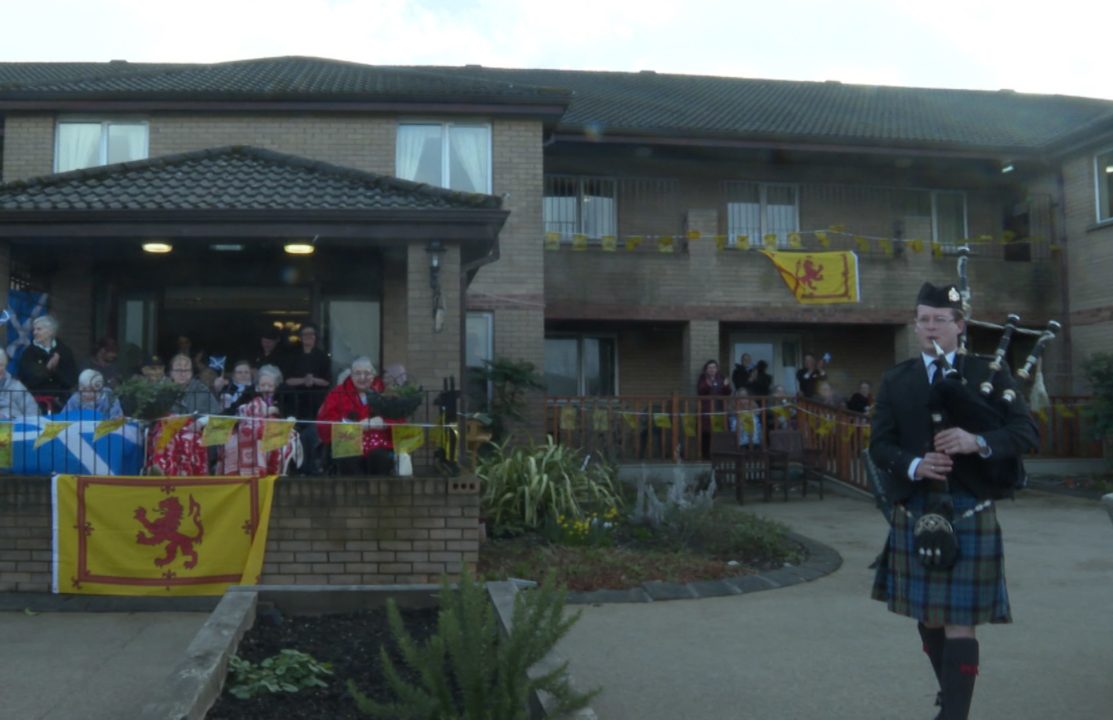 A member of The Red Hot Chili Pipers is performing one-man shows for elderly care home residents after his band’s latest US tour was cut short due to coronavirus.

Harry Richards travelled back to Scotland and is now playing as the ‘pop-up piper’ in a bid to bring some cheer to some of the most vulnerable members of society at a time of great uncertainty.

He is working in tandem with businessmen Scott Abercrombie and Pete Donaldson. They run The Distiller’s Choice, a small whisky shop and tasting experience on Dunblane’s High Street.

The virus outbreak has meant a complete closure of the shop for the foreseeable future.

As a result, Scott and Pete contacted Harry with an idea to do their bit for people who may find social isolation particularly challenging.

Scott said: “We know Harry quite well, we knew that the tour was cancelled.

“We were watching the scenes from Spain, from Italy, the singing on the balconies and we thought how could we replicate something like that here and do it in a safe way, so we came up with the ‘pop-up piper’ and distance performances.”

‘It’s quite a hard time for us all, you know, it adds a bit of community spirit.’

The ‘pop-up piper’ has already played twice for residents of Forthbank care home in Stirling.

And the performances have gone down so well that other care homes across central Scotland have been in touch about acquiring their services.

Harry said: “We’re doing a kind of distance performance, so they’re still in isolation and we’re able to play for them and give them a bit of entertainment.”

“It boosts morale, it gives them a little boost to get through, just to get through this period. It’s quite a hard time for us all, you know, it adds a bit of community spirit,” he added.