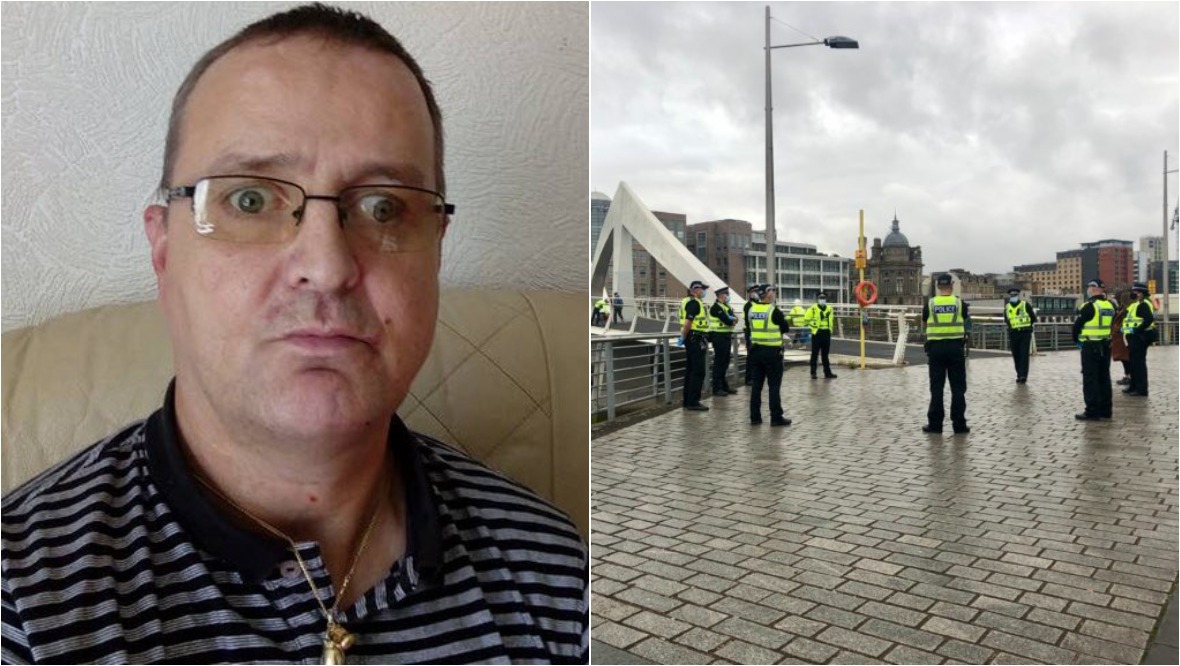 Police are carrying out fresh searches for a man missing since last month in Glasgow.

Vincent Barr, from Govan, was last seen on CCTV walking into the Tradeston area of the city around 9.10pm on Friday September 18.

He was spotted at the Tradestone footbridge, known locally as the ‘squiggly’ bridge.

The 50-year-old, who is also known as ‘Vinny’ or ‘Bardot’, is described as white, 5ft 6in in height, of medium build and with short, light brown hair and brown eyes, police say.

At the time of the last sighting, Mr Barr, who walks with a slight limp, was wearing a grey Nike hoodie, black jogging bottoms and grey training shoes.

Despite extensive enquiries and a number of potential sightings followed up in the last couple of weeks, Mr Barr still hasn’t been traced.

Police say they are now increasingly concerned for his well-being.

Sergeant Bob Anderson of Helen Street Police Station: “I’d urge anyone who has possibly seen Vincent, or has any knowledge of where he might be, to police get in touch with us.

“It is imperative that any information, no matter how small, is passed on to local officers who can be spoken to on 101, quoting reference 1116 on the 20th September, 2020.”