Pod of whales make a splash alongside wild swimmer

Lisa Christie, 29, was swimming with her brother and a friend on Tuesday morning when the curious creatures joined in the fun. 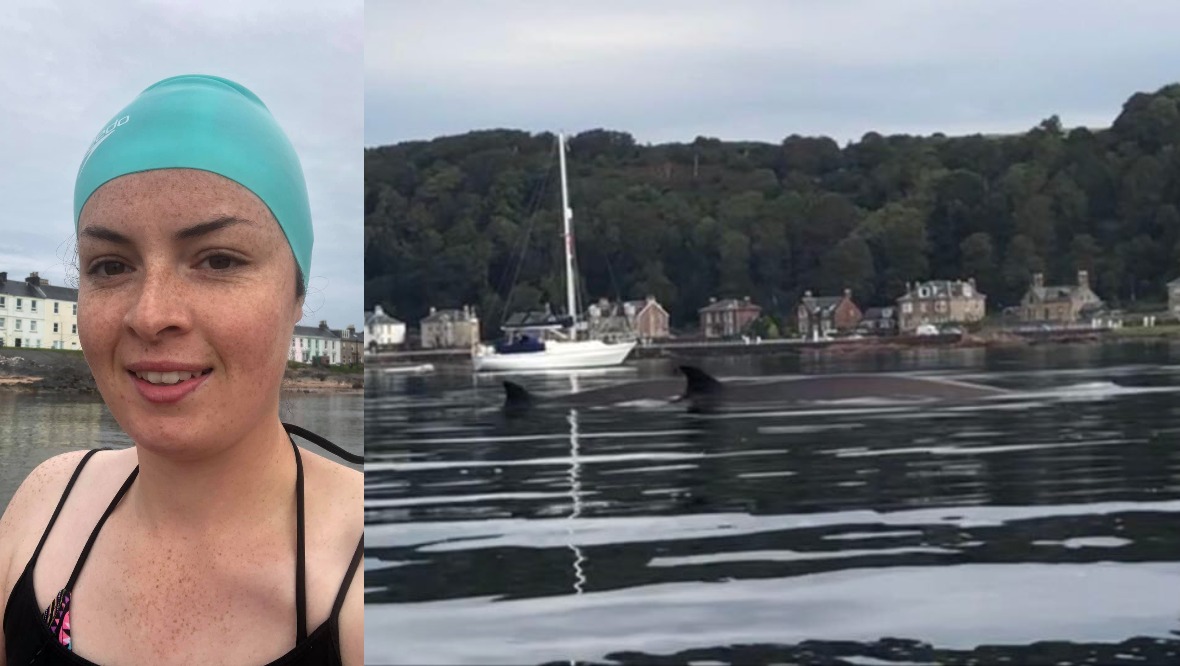 A wild swimmer was joined by a pod of whales whilst enjoying a cool dip near Millport.

Lisa Christie, 29, was swimming in Kames Bay with her brother and a friend on Tuesday morning when the curious creatures joined in the fun.

Speaking to STV News, Ms Christie said: “The whales jumped out the water a few times when we were swimming – it was spectacular to watch. Unfortunately I didn’t have a camera for footage of that.

“Afterwards my brother and I decided to go for a kayak and watch them from the water.

“They came really close to us and were very loud.

“In no way were we trying to disturb them. They just happened to become incorporated into our plans and we kept a good distance but they came closer.

“I’ve not been close to whales before, but often in the summer the porpoises and seals will come close to the kayaks and can be seen from the town.”

Ms Christie, who grew up on the Isle of Cumbrae, is currently on furlough and has been finding the time to get back into the hobbies she enjoys.

She added: “I’ve been kayaking for years and used to swim when I was younger, but have only recently got back into it about a month ago.

“I’ve been trying to go out most days if the weather allows and there are a few of us that have got into it.”