Plumber to run from Hampden to Wembley in time for match 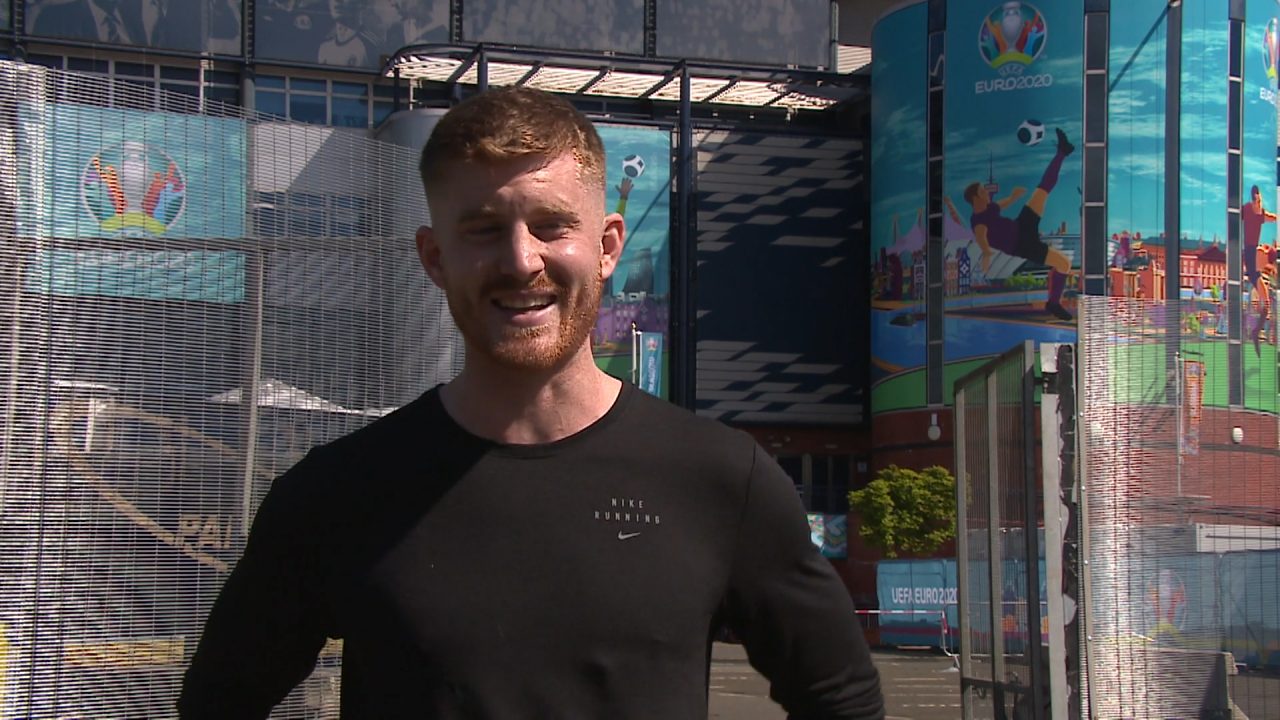 A plumber from Bothwell, South Lanarkshire, has set off on an epic journey to run from Hampden to Wembley in time to see Scotland take on England during their Euros clash.

Alex Woodward, 26, will run 15 marathons in 15 days to raise money to build a football centre in the east end of Glasgow.

Covering a total of 390 miles, Alex hopes to finish his challenge in time to watch Scotland take on England at Wembley.

“Football has always been a massive part of my life and the fact I can tie in my passion for running and my passion for football is a dream for me,” he said.

Alex was inspired to take on the challenge after a difficult period last year saw him diagnosed with a tumour followed by a cancer scare.

Although he found out he was cancer free, he may still need surgery to remove the tumour which could see him lose the use of his right leg.

“Last August I was diagnosed with a tumour in a nerve in my lower back and I went through a 12-week period not knowing if I had cancer,” he said.

“Once I found out it wasn’t cancer, they told me there’s a good chance I might not be able to walk again.”

Alex said that his mental health was affected during this period, and says his running challenge represents the physical and mental obstacles he faced last year.

Kindhearted Alex wants to use his battle to help others, and is hoping to raise £50,000 for a community football centre in Glasgow.

“Rather than just do it for the sake of my own personal battle, I want to do it to help the community of Glasgow,” he said.

Alex says the “once in a lifetime” opportunity to see Scotland play England will keep him motivated during the challenge.

And while he joked that he might be hobbling over the finish line rather than running, he says completing the challenge will be one of the best moments of his life.

“It will probably be one of the best moments of my life, seeing all my family there, all my friends there and fingers crossed we will have reached our donation target,” he said.

Friends and family hope that June 18 will see a win for both Scotland and Alex at Wembley.