Historic docks along Clyde could be turned into new neighbourhood

The Govan Graving docks, which closed in 1988 after more than 100 years, could be transformed under new plans. 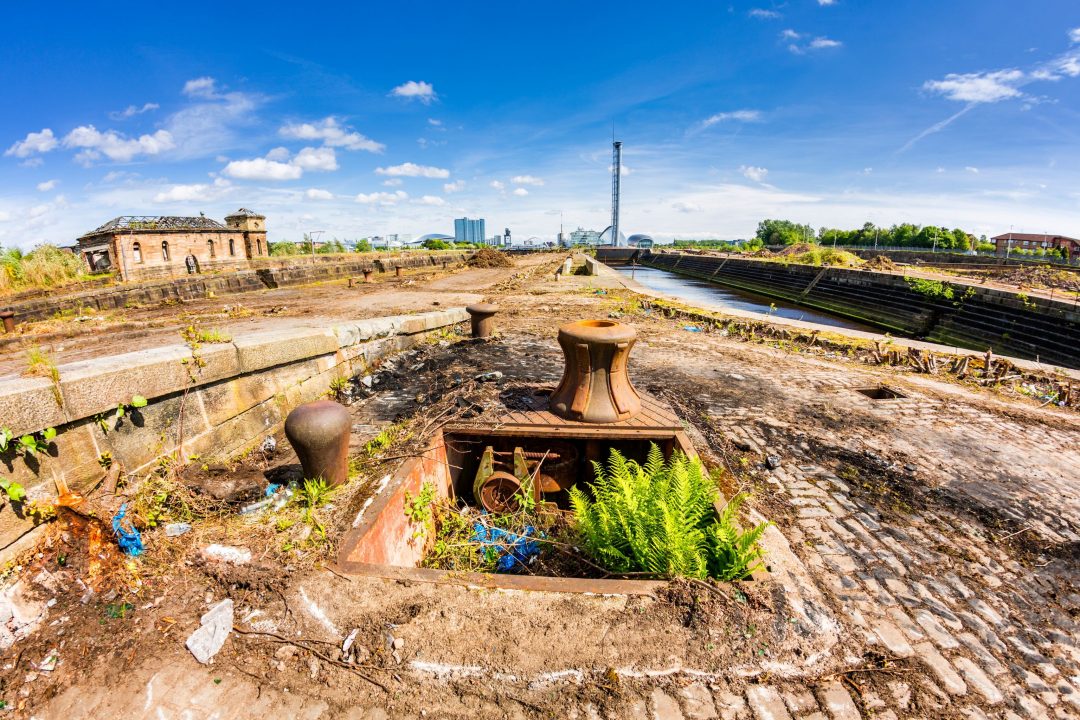 A derelict historic site on the Clyde waterfront could be changed into a new Glasgow neighbourhood after plans were unveiled by developers.

Mixed-use proposals would see the Govan Graving Docks, which were closed in 1988 after more than 100 years, be transformed into a neighbourhood with residential housing and a hub for community projects.

The local community will have an opportunity to view the regeneration vision, led by developers New City Vision, in person at two drop-in sessions being held on June 16 and 17.

Plans include retaining the historical sensitivity of the site by reopening dock number one for ship repairs, in partnership with The Piers and Docks Trust.

The restoration of the site’s sole remaining building, the pumphouse, is also outlined.

The docks are included within the current city development plan as a residential site and, if approved, the plans would be partly cross-funded by the development of new housing along the southern side of the site.

Developers hope the plans will reinforce the sense of an extension to the wider Govan community as well as increasing the supply of much needed affordable accommodation.

It is also hoped the refurbished dock and pumphouse will also become a major historic visitor attraction.

Plans also outline the launch of a new urban wetlands project from the western basin of the docks, aimed at carbon capture and regenerative farming, which was first showcased during COP26.

Unveiling the plans, Harry O’Donnell, chairman of New City Vision, said: “The docks are part of the fabric of this city, and these proposals will see the site retain its historical and cultural significance, while also creating a vibrant, new community which will contribute to the local and city-wide economy.

“New housing along the southern side of the site will underpin the funding of the wider vision to create a new urban green space fit for the 21st century.

“Our vision has been the subject of widespread consultation over the past two years, and it reflects broad support to bring the historic site back into use.”

Anyone interested in the project is urged to attend the drop-in sessions in June.

The June 16 event will be held between 11am and 7pm at The Pearce Institute in Govan, with the June 17 event taking place between 1.30pm and 4.30pm at the Riverside Hall in Govan.