‘People said I should kill myself because of my birthmark’

Rory McGuire speaks out to raise awareness about mental wellbeing of people with disfigurements. 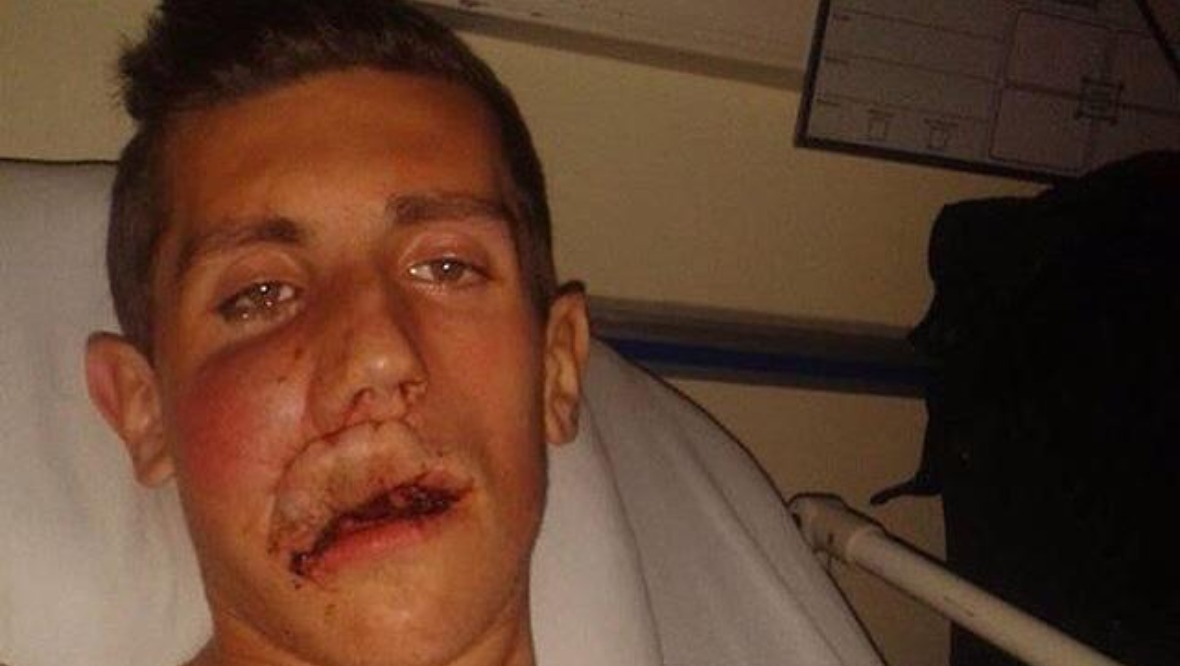 Rory McGuire has spent his entire life being mocked and abused – all because of his birthmark.

On one occasion the 26-year-old from Ayr was even told that he should kill himself.

Having been born with the prominent mark on his upper lip and right cheek he is now speaking out to raise awareness about the mental wellbeing of those with facial disfigurements.

He said: “Someone said if I looked like you I would hang myself.

“At that point, luckily I was in a place that I was able to not dwell on it too much and not get too upset.

“But I know for a fact that if I’d received that a few years before, when I was a little bit younger and I felt differently about things, I would have been absolutely destroyed by a comment like that.

“So it’s all about raising awareness that it’s unacceptable to say these things to people purely because of what they look like.”

Known as a venous malformation, Rory’s birthmark has required more than 20 operations and while he has come to terms with it, the reactions of some strangers and even people he knows are impossible to accept.

He said: “I was about to go into an operation which happened to be the first of many and I went into the operation with the mindset that if it went well then that would be great.

“But I had also accepted the fact that if it didn’t go well, and for example I died as a result of a complication, I had sort of made peace with that.

“I knew that at that point I would no longer have to go through everything that I was going through on a daily basis.”

Rory is an ambassador for the charity Changing Faces, which has released research showing 28 per cent of people with a disfigurement have experienced a hate crime. It also found the majority do not report it.

Rory kept a lot of his experiences to himself and is encouraging others to speak out and seek help and support.

He said: “I did feel very lonely and I also felt like no-one else felt like me at the time and there was no-one that could relate to it.

“I now know that there are plenty of people who can relate to the same feelings but I just felt so isolated at that time, I just I didn’t see a way out whatsoever.”

Rory had major surgery in 2016, which changed his life and made him feel like he was “reborn”.

He’s been offered another operation to remove more of the birth mark but has decided to turn it down. He says he’s happy with the way he is and wants others to see the confidence he has in his own skin.