Mum of only person in Scotland with CHAMP1 wants document to speed up essential treatment. 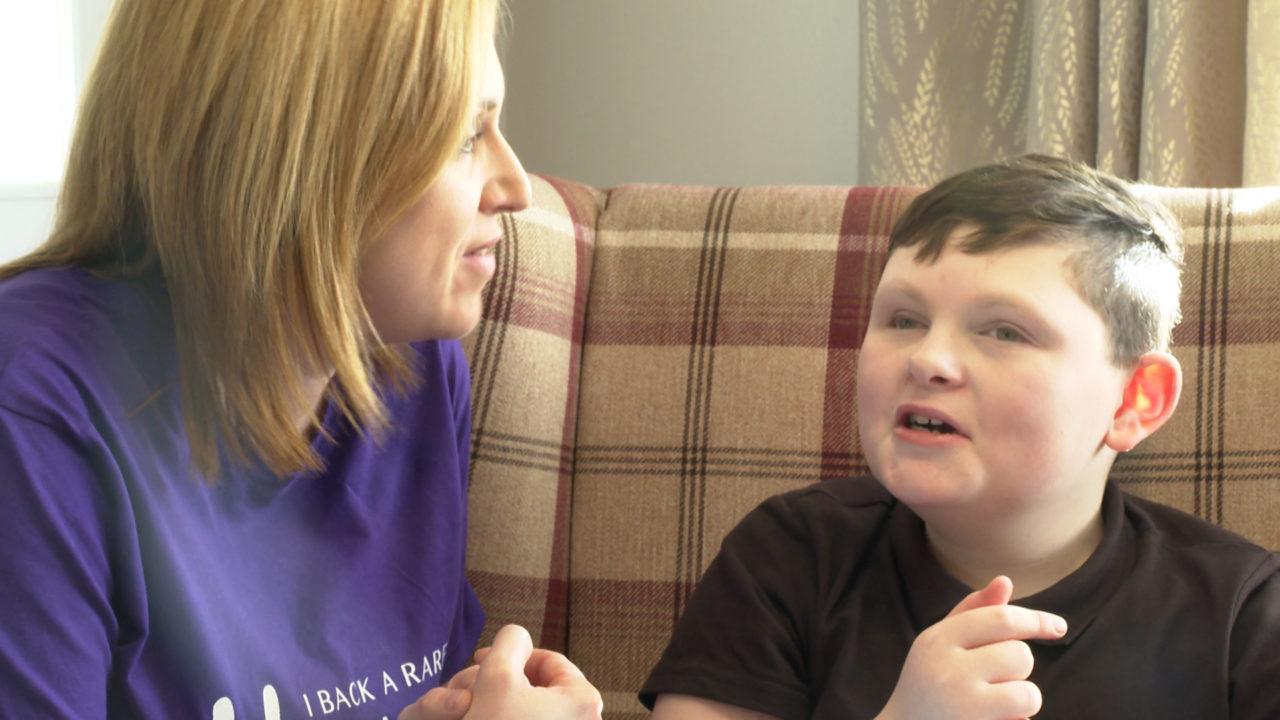 The mother of a teenage boy with a rare genetic condition is calling for the introduction of ‘patient passports’.

Stacey McPherson, whose son Calum, 13, is the only person in Scotland diagnosed with CHAMP1, says such a document would contain details of his condition and individual medical treatment.

“If he had something he could take to a hospital then people could understand and give him the help he needs straight away,” said Stacey.

CHAMP1 is a rare developmental condition that severely affects Calum’s speech. He communicates via his iPad and by using makaton signs – based on the gestures used in British sign language.

Only 64 people around the world are known to have the condition, which means it can even be misunderstood within the medical community.

“Calum has and will always need one-to-one support in all aspects of his life,” Stacey, from Bannockburn, said.

“But now we do have a diagnosis it’s pretty much you’re in a world of ‘here is what it is but unfortunately we don’t know enough to tell you anything about the condition’,” she added.

The charity Genetic Alliance UK says there is an urgent need for ‘patient passports’ to help people living with rare diseases.

It has published a report called Rare Alert that says the cards would save time and prevent inappropriate treatments, such as protecting patients whose symptoms might otherwise be mistaken for antisocial behaviour.

Jayne Spink, chief executive of Genetic Alliance UK, said. “If you have a rare disease, and there are over 7000 diseases, and you need emergency care, then that can be difficult because the person providing your treatment might not have heard of your condition and might not have the information that they need to provide you the care safely and optimally.”

One in 17 people will be affected by a rare condition at some point in their life – that’s nearly 320,000 people in Scotland.

The Rare Alert report outlines how a ‘patient passport’ initiative could be implemented – identifying how each patient from the rare disease community should carry or wear information containing life-saving details of their condition.