Mum tells of 'scary' five-hour wait in queue of ambulances outside Glasgow hospital. 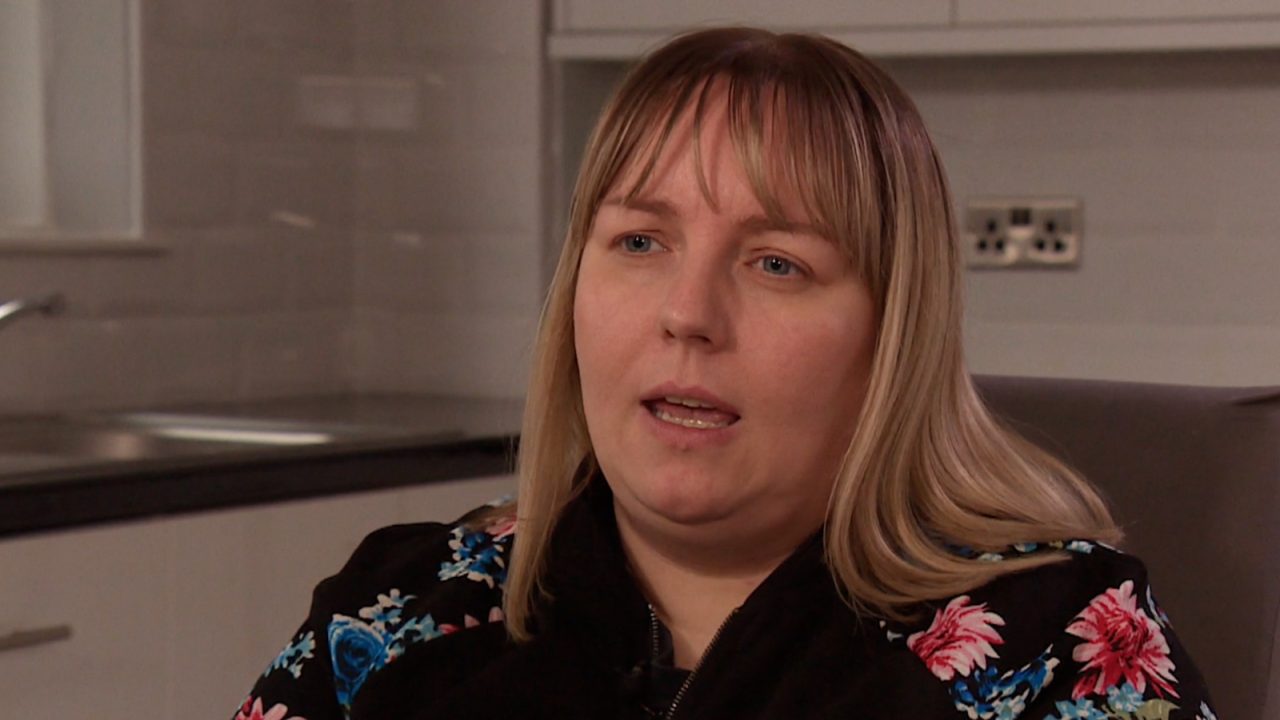 A patient has told of her “scary experience” after being left waiting in an ambulance outside a hospital for five hours.

Roseanna Clarkin suffers from ongoing heart problems, and often has to call an ambulance so she can be assessed.

But when the 39-year-old, from West Dunbartonshire, suffered chest pains in October, she faced the lengthy wait to be seen.

“I was trying to hoover when I got a pain across my chest and back and I couldn’t breathe,” Roseanna told STV News. “I collapsed on the sofa gasping for breath.”

The mum was at home with her children, who phoned the ambulance, which arrived quickly.

She said: “The crew could see how uncomfortable I was and how much pain I was in. They wanted to take me to hospital just to be reassured it was nothing sinister.

“The ambulance crew were great, really supporting, they really helped me.”

But when Roseanna arrived at the Queen Elizabeth University Hospital in Glasgow, she joined a queue of 17 ambulances.

She waited a total of five hours before being taken into accident and emergency.

“My concern was not just for me – but for other patients who also needed an ambulance, that they wouldn’t reach them in time,” she said.

The number of patients being seen and discharged within the four-hour target in Scotland’s A&Es hit a new low on Tuesday.

Just 61.9% of people in the week up to November 27 were dealt with inside that window – against a Scottish Government target of 95%.

At the Queen Elizabeth University Hospital, just 36.8% were seen and discharged within four hours, although the figure rose from 35.1% the week before.

The paramedics told Roseanna they had previously waited eight hours outside hospital.

When the patient finally got into the department, she said it was extremely busy.

“The staff were lovely, but you could see they were struggling, all the beds were full,” she said.

“There weren’t a lot of staff on, and you could see how stressed they were – but every bed was taken.”

After being assessed, Roseanna was discharged and later diagnosed with Covid-19.

But with her ongoing heart condition, she has concerns about accessing help in the future.

“It’s scary when you think about the whole situation,” she said.

“What if an ambulance can’t get to me in time when it is serious? I think people could die in ambulances waiting to get into hospital.

NHS Greater Glasgow and Clyde apologised to Roseanna for “any distress caused”.

A spokesperson said: “We cannot comment on individual cases for reasons of patient confidentiality but are happy to speak with Miss Clarkin directly to address any of her concerns.

“All of our clinical teams and other staff are working extremely hard at a time of considerable pressure and we would like to thank them for their continued commitment to our patients and their families, especially as we approach winter.

“NHS Greater Glasgow and Clyde continues to work proactively with our colleagues at the Scottish Ambulance Service to reduce ambulance turnaround times across our sites.”

On the record-low waiting times, health secretary Humza Yousaf said: “A number of factors are driving up A&E waits including the level of delayed discharge, which is why we are working with health boards to ensure people leave hospital without delay, freeing up vital beds for those who need them most.

“We will continue to see fluctuations in figures over winter, despite this, I am clear that A&E performance is not where it needs to be.

“Our network of Flow Navigation Centres, in place all across the country, are a key asset in relieving pressure on A&E – directing people towards the most appropriate urgent care and offering rapid access to a clinician and scheduled in person, phone or video appointments, where appropriate, to avoid unnecessary long waits.

“More than 23,000 patients have avoided an unnecessary trip to a physical A&E through NHS Greater Glasgow and Clyde’s virtual service alone.”