Part of woman’s leg sent to different hospital during surgery

The complicated procedure on Jan Ritson's sarcoma meant she was able to save her leg and avoid amputation. 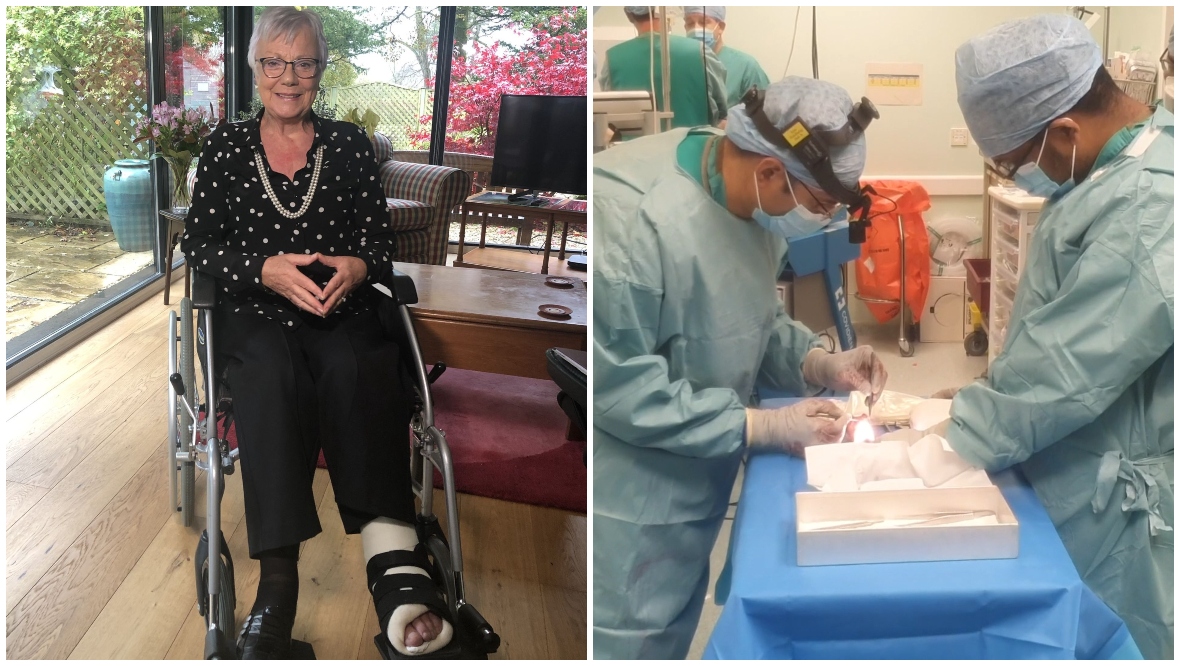 A cancer patient is recovering after part of her leg was transported for radiation treatment while she was still on the operating table at a different hospital.

Surgeons and teams from NHS Golden Jubilee and NHS Greater Glasgow and Clyde carried out the rare and complicated procedure on a sarcoma in Jan Ritson’s left tibia with the aim of saving her leg and avoiding amputation.

Jan’s shinbone was removed and sent on a 20-minute journey to Glasgow’s Beatson West of Scotland Cancer Centre in a sterile container.

Once treated, the bone was re-packaged and brought back to the Golden Jubilee National Hospital, where the team was waiting to insert it back in place.

Jan told STV News: “I just had tremendous faith in the surgeon and his team. I knew I was in the hands of absolutely amazing people.

“There was no doubt in their minds at all that they could do this and that gave me so much confidence going into the operation.”

The sarcoma was Jan’s third cancer diagnosis and although amputation would be the simplest way to treat the condition, her surgeon Ashish Mahendra felt there was a good chance of saving her leg.

“If the operation hadn’t gone as planned, it would have been an amputation so that was worrying,” Jan said.

“I wouldn’t have known this until I woke up so I was just so relieved when Mr Mahendra shook me. He woke me up and gave me the thumbs up. I was just so delighted.”

Jan says the doctors were “super cautious” in terms of coronavirus, being placed in isolation for two weeks prior to surgery, then taking a drive-through test before four Covid tests at the hospital.

She is now looking forward to her recovery.

“I don’t think I’ll be able to put my foot without the plaster on the ground until probably January,” Jan said.

“It just depends on how well the healing process is going but so far it’s all great.“

Mrs Ritson’s surgery, led by consultant orthopaedic surgeon Mr Mahendra from Glasgow Royal Infirmary, involved the resection of her left tibia, biological reconstruction through a re-implantation of the bone following extra-corporeal irradiation, transfer of vascularised fibula and nailing for stabilisation.

As well as treating the cancer, the radiation effectively killed the bone, meaning it would no longer receive a blood supply. Clean bone from Mrs Ritson’s fibula was used to bring the tibia back to life.

Mr Mahendra said: “This really was one big team effort by everyone involved and we could not have done this without the teamwork and collaboration when the sarcoma service transferred over to the Golden Jubilee.

“The patient is doing really well so far and is very grateful the cancer is out. She is healing well but has a long road ahead and remains under regular follow-up.”