Paisley reacts to PM's speech: 'Boris was bad but this is ridiculous'

Liz Truss vowed to 'steer Britain through the tempest' but faced a stormy reception in her former hometown. 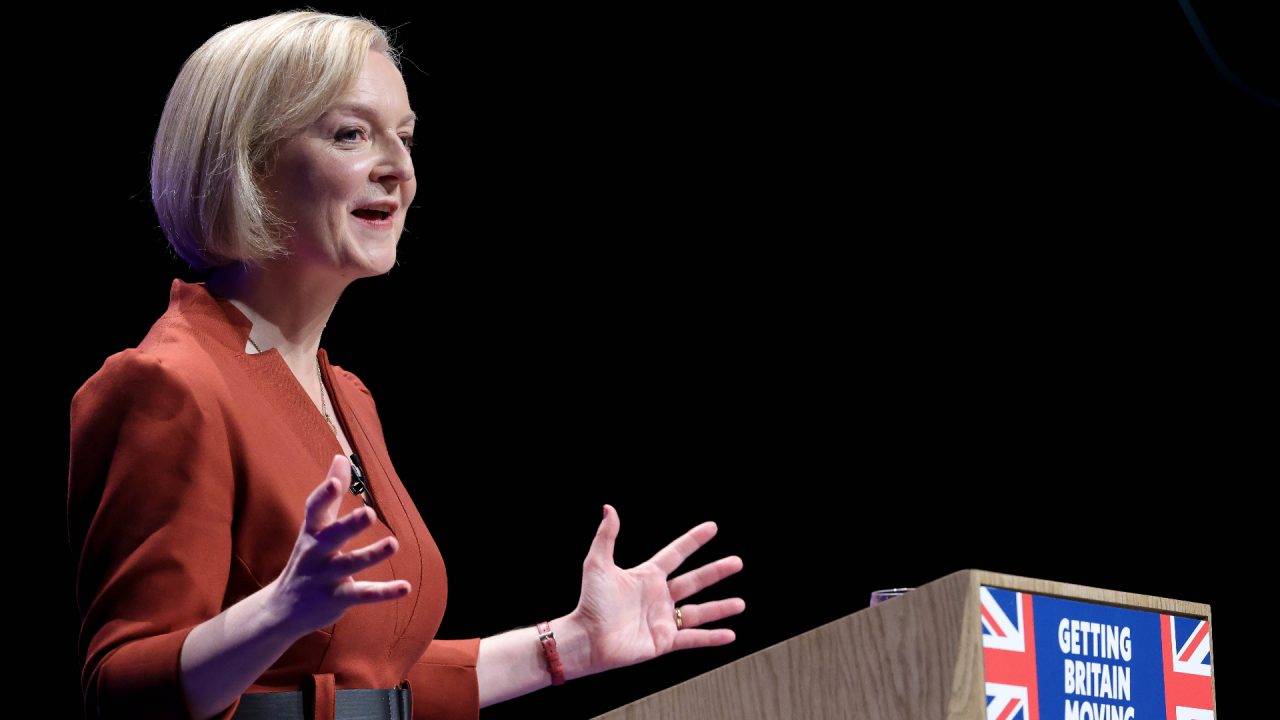 Liz Truss has promised to make “difficult but necessary” choices to spur on economic growth in her first speech to the Tory party conference as Prime Minister.

In an address disrupted by climate protesters, the PM said she would “steer the country through the tempest” and “get Britain moving”.

It followed a stormy party conference in which the new incumbent in Downing Street faced dissent among her own cabinet over a U-turn on tax policy – including abandoning plans to scrap the 45p top rate.

In Paisley, where the PM attended West Primary School as a child, her speech provided little sunny weather on the horizon with one local describing her plans as “looking after the rich and not for normal people”.

Another told STV News: “Events in the last couple of weeks just put this Government in a ridiculous state.

“Boris Johnson was bad enough but what we’ve got just now is ridiculous. The sooner she is away, the better for everyone.”

Greenpeace protesters holding a flag which read “who voted for this?” were ejected from the hall after disrupting the speech, with Truss ordering security officers to “get them removed”.

Environmental campaigners were identified by Truss as “enemies of enterprise” as part of an “anti-growth coalition” including opposition parties, trade unions and “Brexit-deniers”.

The interruption to her speech in Birmingham followed a bruising conference for Truss after just a month in the job, including a U-turn over a totemic tax policy and dissent within her cabinet.

Truss previously told STV News she hoped the town “was proud of her” during an interview at the start of the conference.

One local resident said: “Given the speech she gave today, it means she has a good plan. If she can implement all these things, I believe she will do very well.”