Modou Diagne has become the new owner of 111 by Nico, which will reopen in April. 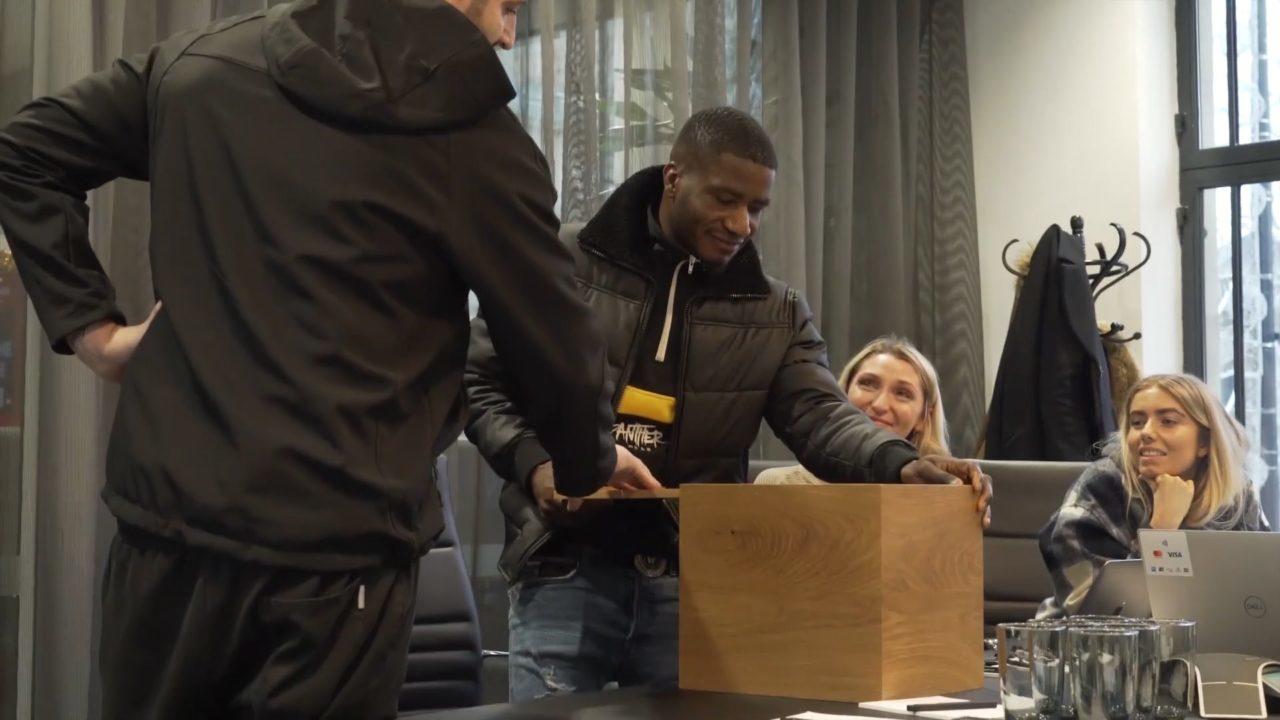 A restaurant owner has handed over the reins to a member of staff who began working for him while homeless.

Nico Simeone, who owns the Six by Nico chain and 111 by Nico in Glasgow, surprised his head chef Modou Diagne by giving him his 111 premises.

The emotional moment was captured on camera as Nico handed Modou business cards proudly displaying him as the owner of the restaurant.

Modou came to Glasgow with just £200 hoping to make a better life for himself.

The then 18-year-old slept rough for ten days until he found shelter in a church which helps the homeless, going on to find a permanent place to stay.

“My earliest memory of Mo, we put an advert out and he was the first to reply on Gumtree. This well dressed young boy in his fancy shoes came in to wash the dishes,” Nico explains.

“He has genuinely worked from the streets to being head chef at 111 by Nico and a big backbone to the company.

“He brings an infectious happiness and effervescent love for his team and the restaurant, creating one of the most dynamic dining experiences to be found in Glasgow.

“I genuinely believe that I wouldn’t be where I am today without Modou. This is just something he deserves and I just wish him all the best with it.”

The restaurant will be rebranded as 111 by Modou and will open in Glasgow in April.