‘Organ law gives people like me the chance to grow up’

Evan Goodbrand is 16, happy and healthy now - but had to undergo a liver transplant before his first birthday. 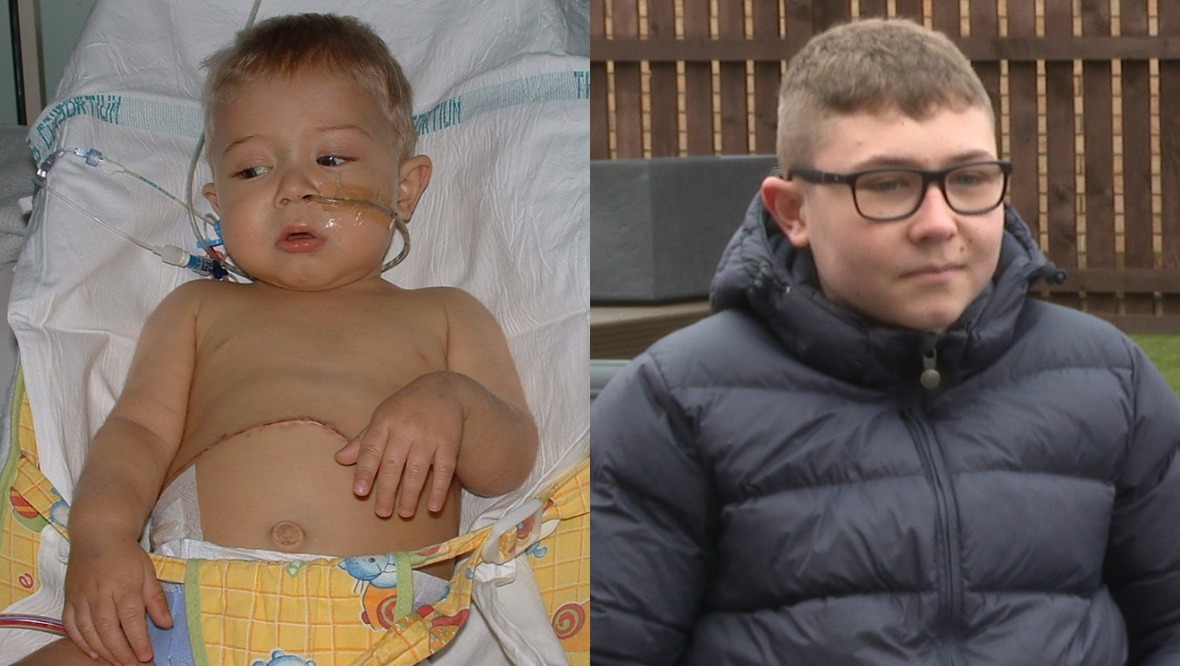 Now a young adult, Evan Goodbrand is healthy and happy; he enjoys his education and playing football with his friends.

But when he was just eight weeks old, Evan was diagnosed with liver condition biliary atresia and had to undergo a transplant before he’d celebrated his first birthday.

The now 16-year-old was delighted when a new law came into force this week meaning most Scots are now automatically organ and tissue donors, unless they opt out.

Evan, from Glasgow, hopes and believes lives will be saved as a result.

“The new law gives people like me the chance to grow up,” he said. “If people aren’t sure about their decision, they should speak to others.

The opt-out law means if people aged 16 and over haven’t recorded a decision, they will be considered a possible donor once they die.

People still have a choice to opt out – and can record their decision on the NHS Organ Donor Register at any time.

Evan and his mum Karen are keen to stress the importance of people making their decision known to loved ones.

Karen said: “When he was born, Evan was really jaundiced. He didn’t eat properly and he didn’t put on any weight.

“When we got the call to say they’d found a donor in Leeds, it just didn’t feel real.

“After his transplant surgery, we weren’t sure if he would make it through, but after two weeks he turned a corner and got progressively better.

“He’s never looked back since. If you look at Evan now, compared to a few months old, you wouldn’t believe he was the same boy.

“He’s on a low dosage of medication and has to get check-ups every 12 weeks, but apart from that, he’s just like any other boy his age.

“His transplant was the most wonderful gift we could ever receive and we’re so grateful to the donor for giving Evan this second chance at life.”

“In Scotland there are an average of more than 500 people waiting for an organ transplant at any one time,” she said.

“Only one per cent of people die in circumstances where they might become an organ donor.

“So there are a lot of lives. There’s a lot at stake here.”

For more about the law change, and to record your donation decision, visit organdonationscotland.org or call 0300 303 2094.