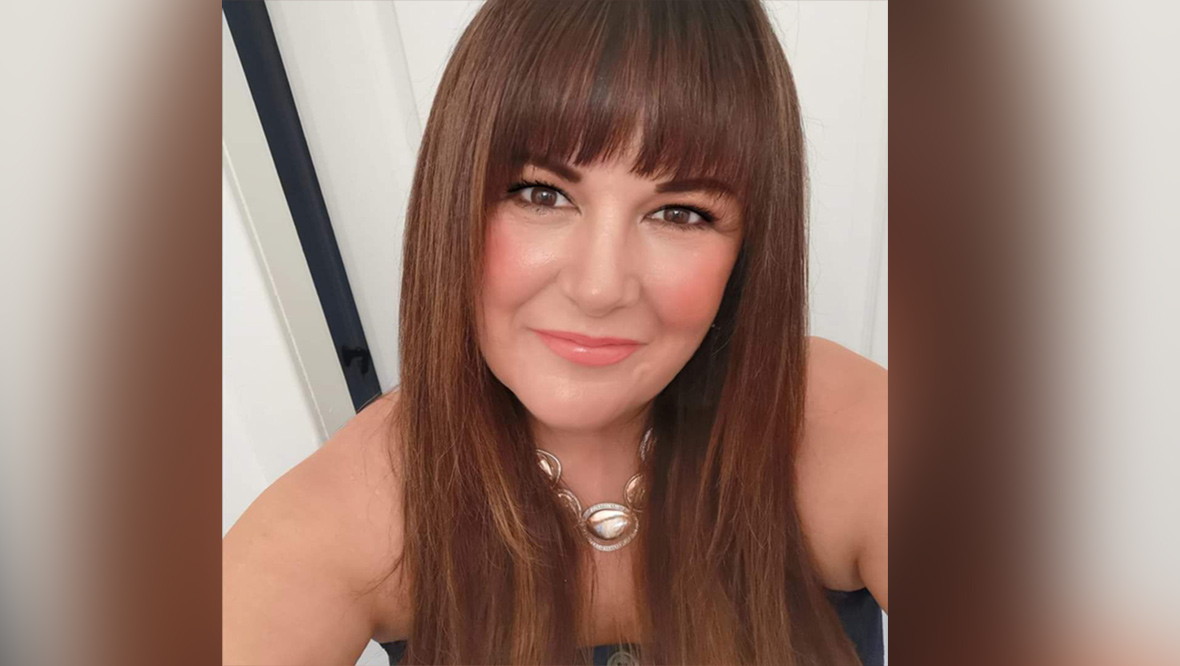 A Scottish woman duped out of thousands of pounds in an international cryptocurrency scam has welcomed the ringleader being added to the FBI’s most-wanted list.

Jennifer McAdam, who grew up in Ayrshire, found herself subject to death threats following her efforts to expose the OneCoin Ponzi scheme, which has conned millions of investors worldwide.

And now the woman thought to be the scheme’s mastermind – the so-called ‘cryptoqueen’ Ruja Ignatova – has been added to the FBI’s ten most-wanted fugitives list.

“Has she not taken enough from victims worldwide? She was the mastermind behind the OneCoin fraud – she needs to be arrested so our victims can get peace.

“I didn’t realise until I was a victim how important justice is, that’s when you can start to heal. But right now we’re not – we’re in this hell, this OneCoin multi-billion fake cryptocurrency hell, and that’s where we’re stuck.

“I hope she is found swiftly and brought to justice.”

Ms McAdam’s involvement with OneCoin goes back to 2016 when she was at a particularly vulnerable time in her life.

She had been bed-bound for several years after being diagnosed with Myalgic Encephalomyelitis (or chronic fatigue syndrome) and her dad died in 2015.

Due to not being able to work, Ms McAdam dipped heavily into her savings and was also looking for a place to invest her dad’s inheritance.

Ms McAdam was contacted by a friend who believed the OneCoin scheme – billed as a rival to Bitcoin – could be the answer to her concerns.

As a result, she attended a series of webinars where she was introduced to Ignatova, who has since become known as the cryptoqueen.

The presentations were slick and the marketing campaign glitzy. Ignatova had addressed audiences at Wembley Arena in London and flashed credentials that appeared to show she studied at Oxford University and had a PhD.

Bulgarian-born Ignatova told those on the webinar that OneCoin would be bigger than Bitcoin and transform their lives forever.

But it wasn’t true and the FBI is now offering a reward of up to $100,000 for information leading to Ignatova’s arrest following her disappearance in 2017.

Ignatova is believed to travel with armed guards and may have had cosmetic surgery to alter her appearance.

The 42-year-old was charged in 2019 with eight offences including wire fraud and securities fraud for running OneCoin Ltd as a pyramid scheme.

“It was all this fear of missing out, you know, the FOMO. And there was an urgency to invest,” Ms McAdam told STV News.

“They went into OneCoin’s so-called blockchain and you received OneCoins, each one had a value. At that time, she said the value was €5.25. That was in 2016. So I invested a €5,000 package and then I invested more after that.

“As far as we were concerned, the value was growing, it was shooting to the moon. It didn’t dip like a normal cryptocurrency.”

Ms McAdam told her friends about OneCoin and they quickly invested in the scheme, as well as informing their own circle of friends.

Within three months, Ms McAdam said her friends and family, as well as their wider connections, had suffered a total financial loss of almost £220,000.

The problem was that OneCoin wasn’t a rival to Bitcoin – it was a fake cryptocurrency backed up by a worthless token.

FBI agents say OneCoin is worthless and was never safeguarded by the blockchain technology used by other cryptocurrencies.

According to allegations made by federal prosecutors, it was essentially a Ponzi scheme disguised as a cryptocurrency.

Ms McAdam noticed red flags within a month of investing – including OneCoin accounts opening and closing – so she started to ask questions.

She was told OneCoin was growing so fast that a bigger bank was required.

“That settled the doubts for a wee while and I don’t know if it was self-comforting, it never entered my head that it was a scam,” she said.

But her doubts started to intensify in 2016 when she was contacted by a stranger on the internet.

The man, Timothy Curry, a cryptocurrency enthusiast, said he had studied OneCoin carefully and wanted to speak to people who had invested in it.

“He messaged me on social media and told me it was a scam,” she said. “We got into a heated argument and I told him ‘I’ve been warned about you on the OneCoin groups. They say that you advocate for Bitcoin and you’re trying your best to knock down OneCoin’.

“He left me with a dossier of information that took me three months to read and understand. As much as I had invested in OneCoin, I still didn’t understand how cryptocurrency worked.”

Mr Curry put her in contact with City of London police and officers confirmed they were investigating OneCoin in the UK. They told her they believed it was a Ponzi fraud scam, advising her not to invest any more money.

“Those words still hurt me to this day,” she said. “It’s still painful because you realise the regret you have – not only for myself and my dad’s money and the guilt that I had – but for all the other people that I told about it and the money that they have lost.

“We’ve a close family and they are in shock as well, just as much as I was, because they believed it too.

“We’re still close and working through it as a family. I would say it was more friends – and their friends – that I’m concerned about. A lot of people are not as fortunate as I am and don’t have the close family unit. They are facing this all alone and are hiding it from their family, their wives, their husbands.

“I’ve heard from so many OneCoin victims saying they don’t know how to cope. They can’t tell their family that they have re-mortgaged their house to buy these packages or used all their life savings.”

The City of London Police has concluded its investigation into suspects linked to OneCoin.

A spokesperson said: “It was the decision of City of London Police that there was insufficient evidence to support criminal proceedings against individuals based in the UK.

“We have advised the investors with whom we have interacted with to contact the relevant law enforcement organisations directly.”

Ms McAdam says some 10,000 people are members of OneCoin victim support groups and the numbers are increasing every day.

OneCoin investors from all over the world have asked to join her support group and there are now different groups for those affected in Africa, South America and Asia.

Mr Curry also pointed her in the direction of a network of people who had been affected and were carrying out their own investigations.

It was during this joint global effort to expose OneCoin as a scam that Ms McAdam realised the scheme was connected to organised crime in eastern Europe.

“At this point, it was terrifying. It was absolutely terrifying,” she said. “You’re trying to come to terms with the fact it’s a scam and you’re told it’s connected to a criminal network. I’m thinking ‘my god, I’m just a wee Scottish woman, so to speak, from a Scottish town’ and to me, this was something that you see on TV.

“I thought ‘this can’t be real, this is fiction’, but it’s not. It’s reality and here you are in the midst of it.

“At this point, I was heartbroken. I couldn’t let it go. That was my dad’s money. And I just could not let that go. And then when you hear victims’ stories, they’re heartbreaking, absolutely heartbreaking, many of them have nothing left. It’s all gone.

“I’m from a family of generations of strong women and I was brought up to always think and speak out for what’s right and what’s fair and what’s just.

“So when I hear stories like that, I don’t have the heart to walk away. I was scared but the only way forward is to get justice and to expose this scam as much as possible, so that others don’t have to have to face these immense financial losses or go through this emotional pain and suffering.

“And that’s what I’ve been doing for all these years since 2017. it’s not been easy at all. It’s been horrible, I’ve had death threats, sexual violence threats. It’s just continuous.”

The regulatory body warns that “investing in cryptoassets, or investments and lending linked to them, generally involves taking very high risks with investors’ money” and says consumers investing in that type of product “should be prepared to lose all their money”.

However, with the scam in full momentum, the authority suddenly removed its notice the following year in a boost to OneCoin promoters.

A spokesperson for the FCA said: “The decision to take our alert down was made in consultation with the City of London Police who were investigating the matter.

“It did not appear that OneCoin was carrying on any activities that required FCA authorisation. The FCA does not regulate crypto assets and therefore it could not take this matter further.”

Ms McAdam, who has written a book about her experience, said: “It all felt so hopeless. There is no help and no support for victims in the UK. It has felt like a battle for justice because nobody was listening. OneCoin fraud had swindled £100m from the UK by 2017.”

“Thank god for the US because they are leading the way and seeking justice for the victims. I really can’t thank them enough for placing Ruji Ignatova on the most-wanted list.

“She is the only female – she’s with cartel criminals, kidnapers, murderers and she’s on that top ten with them.

“It has been so bleak. The US Department of Justice and attorneys from SDNY (Southern District of New York) have shone a light on victims for OneCoin and I do believe where there is light there is hope.