One new Scottish coronavirus death and 86 cases in Glasgow

There are 156 new Covid-19 infections in Scotland with more than half in the Greater Glasgow and Clyde area. 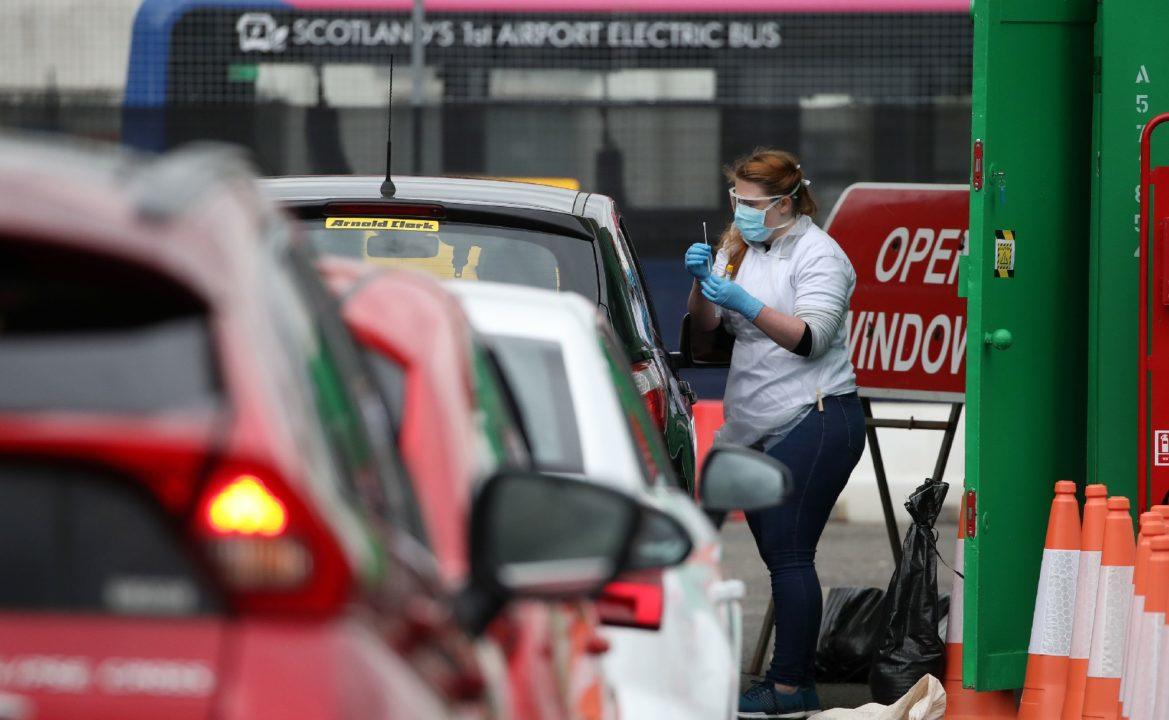 One person with coronavirus has died in Scotland in the last 24 hours, while there are 86 new infections in the Greater Glasgow and Clyde region.

Nicola Sturgeon announced the latest death at First Minister’s Question, the first fatality of a confirmed Covid-19 patient since August 26.

The 86 new cases in the Glasgow area – more than half of the Scottish daily total of 156 – come as new restrictions on indoor gatherings come into force.

As of Wednesday, people in Glasgow City, East Renfrewshire and West Dunbartonshire council areas cannot host or visit other households indoors for at least two weeks.

Exceptions exist to this for emergencies, for so-called “extended households” and for providing care and shopping for vulnerable people.

It follows surging cases around Glasgow and the west of Scotland which the First Minister has said are driven “primarily” from private gatherings rather than in public settings like pubs or restaurants.

Members of different households can continue to meet outdoors, including gardens and venues such as pubs or restaurants, provided social distancing is maintained.

It’s the same number of registered deaths as the NRS recorded the week before.

While the daily Scottish Government figures only count fatalities of people who tested positive for coronavirus within the last 28 days, the NRS statistics include those who died after that period.

They also include deaths of people where it is suspected Covid-19 played a leading or contributory cause even if they didn’t have a test.

Wednesday is the third day in a row there have been more than 150 new cases in Scotland, the highest numbers reported since mid-May.

But testing has also ramped up in recent weeks, with the 156 new cases only amounting to 1% of all newly-tested Scots.

A total of 258 people are in hospital with coronavirus in Scotland, six fewer than Tuesday.

Of those, five patients are being treated in intensive care, down one.

Addressing the new restrictions in and around Glasgow, the First Minister said the level of Covid-19 cases in the three local authority areas was “particularly high and rising”.

Sturgeon added: “Given the toll we know Covid can take, doing nothing was not an option.”

The First Minister, who is also the MSP for Glasgow Southside and a Glasgow resident, said the restrictions had “not been put in place lightly”, and are “necessary and we believe proportionate”.

“We hope they will allow spread to be contained at an early stage without the need for further measures later,” she said.

“They apply only in these three council areas right now, but I think they should be a wake-up call for all of us. If we let it this virus will spread rapidly.

“The good news though, if we all stick to some basic rules and continue to make some sacrifices, we can stop it.”