The First Minister was giving an update on the state of the pandemic in Scotland in Holyrood on Tuesday afternoon. 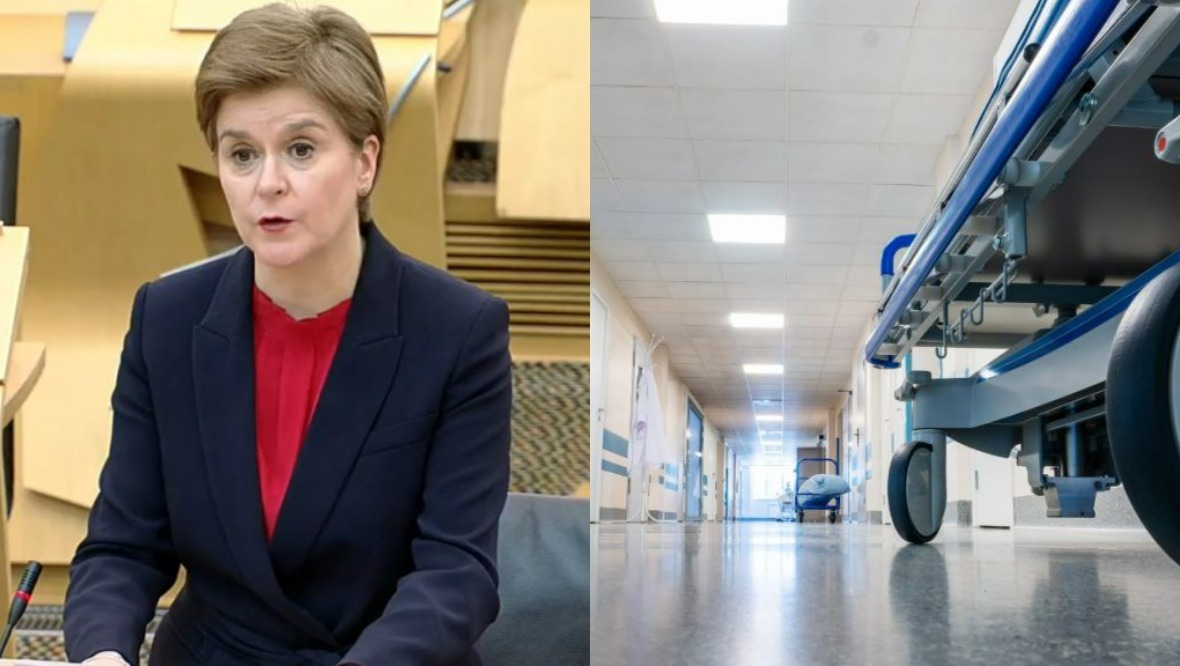 There will be no immediate return of Covid restrictions despite health care being under more pressure than ever, Nicola Sturgeon has said.

The First Minister was giving an update on the state of the pandemic in Scotland in Holyrood on Tuesday afternoon.

She said that the health and social care sector was “arguably under more pressure now than at any stage of the pandemic” with NHS boards across the country in high alert.

NHS Lanarkshire has confirmed it is at the highest risk level (black) due to “critical occupancy levels”.

The health board along with NHS Borders and NHS Grampian has called in the British Military to ease pressure on services.

Sturgeon said that the Cabinet had agreed not to make any changes to current coronavirus mitigations but that the situation “remains fragile”.

She warned that pressures on the NHS and social care were likely to increase in the coming months.

The prospect of healthcare workers facing another winter under a state of emergency is “exceptionally frightening”, representatives said this month.

Sturgeon said: “Across the country, hospitals are at, or close to, capacity.

“The social care system is also under pressure and reporting an increase in the number of people requiring care packages.

“These pressures are, of course, likely to intensify during the winter.”

The First Minister announced an investment of £482m in the NHS and care sector.

More than £120m of the funding will go towards bolstering Test and Protect with another £130m supporting the vaccination programme – 87% of all those over-18 fully vaccinated in Scotland.

On Sunday, October 31, the UN climate summit officially begins with 30,000 delegates expected to visit Glasgow along with thousands more protestors and activists.

Professor Devi Sridhar, who sits on the Scottish Government’s Covid-19 advisory group, said coronavirus restrictions may have to be reimposed in the aftermath of the climate conference.

But health secretary Humza Yousaf previously said he believed the government could take the necessary steps to counter a potential spike caused by COP26.