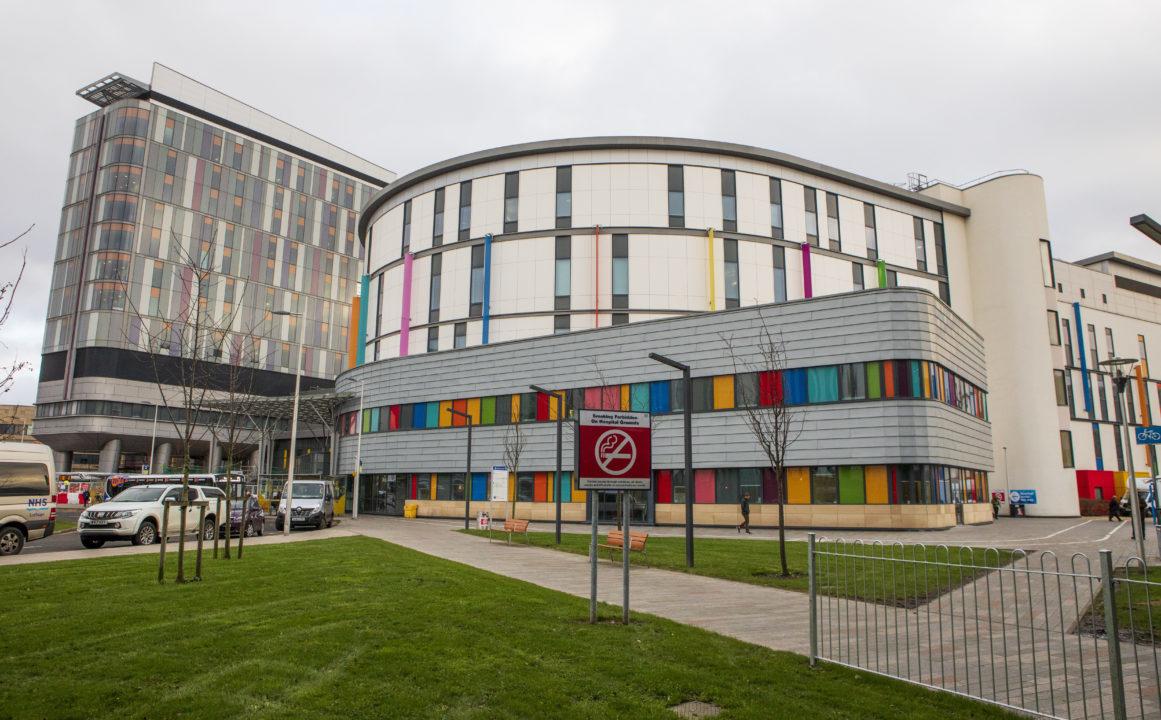 There is no evidence design failures at a ‘super hospital’ in Glasgow led to “avoidable deaths” of patients, a review has found.

However, it found that cancer patients were “exposed to risk that could have been lower” at the £850m Queen Elizabeth University Hospital and neighbouring Royal Hospital for Children, which opened in 2015.

It made a number of criticisms about the design, construction and maintenance of the hospital following the deaths of cancer patients who contracted severe infections.

Issues at the hospital were thrust into the public eye following the deaths of ten-year-old Milly Main and a three-year-old boy in August 2017, although the review didn’t investigate specific cases.

Instead, it looked at whether the design, building and ongoing maintenance had caused problems with infection control.

A public inquiry is due to take place into problems at the hospital campus at a later date, while NHS Greater Glasgow and Clyde is taking legal action against its developer.

In their report published on Monday morning, co-chairs Dr Andrew Fraser and Dr Brian Montgomery wrote: “We have not established a sound evidential basis for asserting that avoidable deaths have resulted from failures in the design, build, commissioning or maintenance of the QEUH and RHC.”

They added that patients, visitors and staff “can have confidence” that the hospitals provide a setting for “high-quality healthcare”.

However, the report said the water, drainage and ventilation systems at the hospital were being replaced “to minimise the risk of infection” to cancer patients.

It made a series of criticisms about the design and construction work on the hospital, including the lack of external expertise sought and issues over interpreting guidance when it came to the water and ventilation systems.

Independent scrutiny throughout the process “was not sufficient” and governance did not take account of the scale and complexity of the project, the review found.

It also criticised problems within the leadership team at NHS Greater Glasgow and Clyde and said communication standards regarding issues with the hospital had been “variable”.

Dr Fraser said: “While the hospital provides a safe healthcare environment for patients, staff and visitors, as the review progressed our findings caused us to focus on those clinical places caring for children and adults with cancers including leukaemia.

“These specific groups have been exposed to risk that could have been lower if the correct design, build and commissioning had taken place.

“The series of problems and influences that we have identified through the phases of the QEUH project has disrupted treatment for defined groups of patients, meant additional workload for Infection Prevention and Control teams, many clinical groups and hospital management, and diverted resources and attention from the running of this large and complex facility.”

The review made 63 recommendations for similar future projects, including over water and air quality in clinical environments.

Issues over the hospital were thrust into the public eye following the deaths of the two children in August 2017 and, last year, health secretary Jeane Freeman issued an apology to their families.

Ten-year-old Milly Main’s parents said they were not told about concerns over water contamination at the hospital campus.

Milly’s mother, Kimberly Darroch, said she was “100%” certain her daughter died due to infected water at the hospital.

Ms Darroch said she was “disappointed” with the review.

She said: “I’m disappointed the review hasn’t given us any answers about Milly’s death.

“We weren’t spoken to as part of the review, but we hoped it might help us understand more about why Milly contracted an infection.

“We feel we’re still in the dark.

“I don’t understand how they can claim there is no evidence linking failures in the hospital design to avoidable deaths.

“I don’t feel the report has restored any trust in the health board.”

NHS Greater Glasgow and Clyde said it welcomed the findings.

Chief executive Jane Grant said: “This has been a very difficult period for our patients, their families and our staff for which we apologise.

“The findings highlight several areas of learning for NHSGGC. We remain fully committed to applying the learning from this experience.

“We also remain focused on remedying any ongoing consequences of decisions and actions taken when designing, building and commissioning of the hospitals and in their maintenance.”