Chioma Felistas Amudi and her colleagues are finding it difficult to find somewhere to stay as climate conference begins. 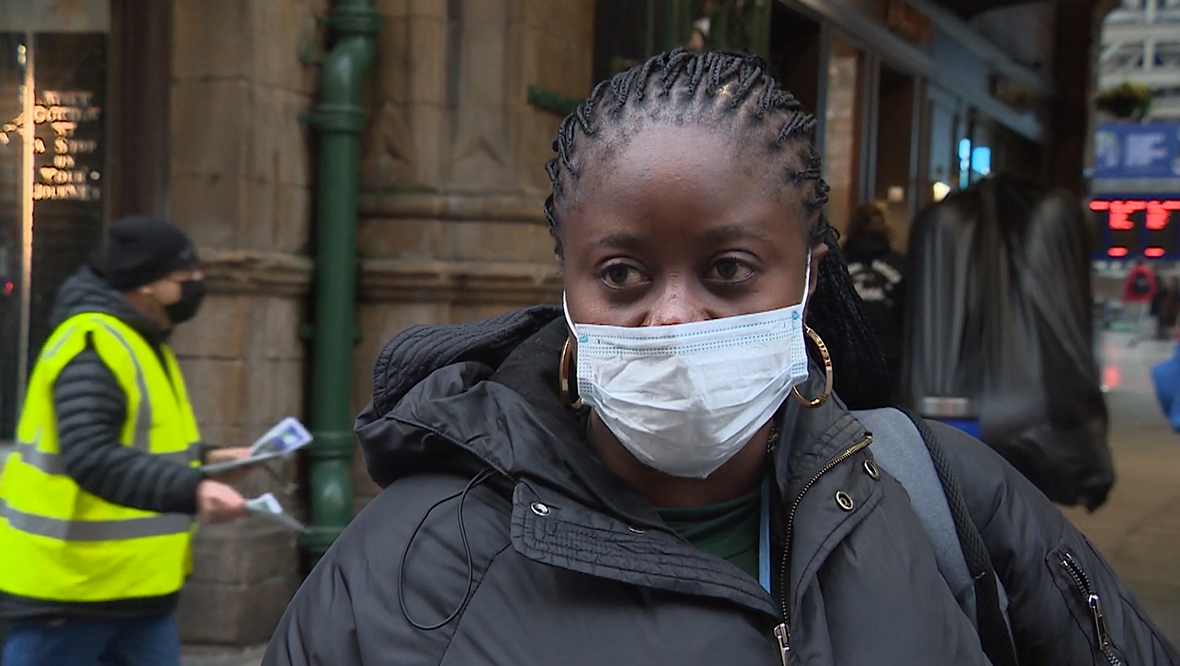 Nigerian delegates attending the COP26 climate change conference are struggling to find accommodation in Glasgow or the surrounding area.

Chioma Felistas Amudi had been staying in an apartment in Greenock but that came to an end on Monday.

She is concerned about being able to afford somewhere else as exorbitant rates are being charged during the two-week summit.

The UN climate conference is facing a lodging crisis after only 15,000 hotel rooms were secured in advance despite the attendance of more than 25,000 delegates, 10,000 police officers, and thousands more campaigners and activists.

The oﬃcial housing bureau for the event only pre-booked 5000 rooms within 20 miles of the Scottish Exhibition Centre where COP26 will take place, a third of what was available.

Chioma told STV News: “We moved our bags to the reception of the apartment that we stayed, hoping that after today’s meeting we’ll come back and maybe find something or just somewhere to stay until we get a solution.

“I have a lot of other colleagues that have the same problems because what we booked from the country before we got here; some got cancelled, some had credit card issues and all that. So, the whole world is here, so it’s expected but not this much.”

Chioma and fellow colleagues have attended many previous COPs but never had issues like this before. She believes the importance of climate change has made this a crucial year to attend.

“So maybe that’s one of the things that’s the contributing factor or everybody wants to know what the global decision on climate issue is after all this issues with Covid. So I don’t know what the appetite is, but I know that the population in Glasgow is definitely going to be bigger than what it was in Madrid.”

Chioma is hopeful that they will be able to secure accommodation after today’s meetings but said the high rates being charged is making it an issue.

Stop Climate Chaos Scotland, a coalition of environmental organisations, said last week at least 2000 people are on the waiting list of the Homestay Network – a not-for-profit response to the accommodation crisis.

The network was set up to help civil society and community representatives from the Global South attend the climate talks, but it has found itself swamped with requests from official delegates.

Around 1000 Scots have opened their homes to visitors through the scheme but the organisation’s COP26 project manager said it has not been possible to absorb the numbers left without a place to stay.

Airbnb, the online accommodation marketplace, has offered 100 welcome coupons to those in the Greater Glasgow area who can help tackle the lodging crisis by hosting their first guest during the summit.