The health secretary has warned that Scotland faces a ‘really difficult winter’ ahead. 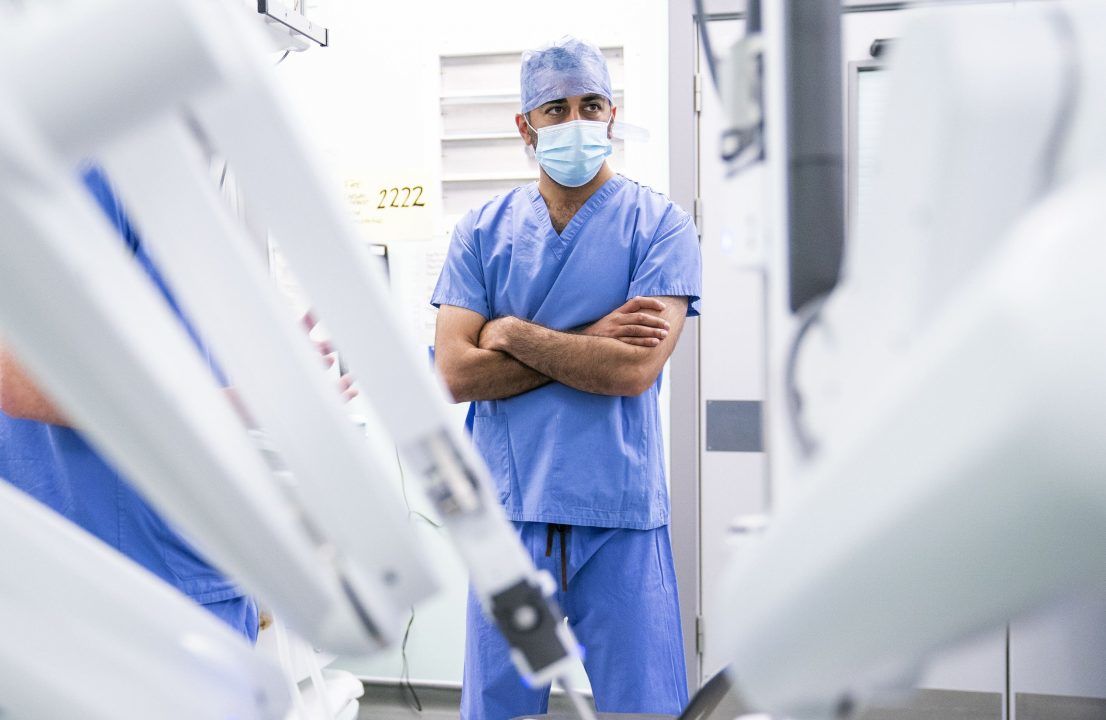 A new NHS training centre could make an immediate impact to tackle the staffing crisis in the Scottish health service ahead of a “really, really difficult winter”, Humza Yousaf has said.

The health secretary acknowledged the NHS has “immediate workforce issues”, with the Army being drafted in to assist two struggling health boards and two further boards also calling for help.

Nursing and midwifery vacancies are at an all-time high and A&E waiting times have reached record levels, with 612 patients waiting longer than 12 hours to be seen in the most recent statistics.

But speaking at the official opening of the NHS Scotland Academy at the Golden Jubilee Hospital in Clydebank, Yousaf said he expects the centre to help in the short-term and as the health service recovers from the impact of the coronavirus pandemic.

During a tour of the new training facility, Yousaf attempted a practice colonoscopy and watched surgical training of a knee replacement, meeting staff and trainee healthcare workers.

The Scottish Government is providing £9m of funding over three years for the centre, which is aimed at training graduates in high-demand sectors of the health service.

Among the courses now running is a programme to qualify nurses to work in theatres after six months, rather than a year, and training community pharmacists to issue prescriptions for specific conditions that would usually require patients to see a GP.

Speaking to the PA news agency after the official opening of the centre, Yousaf said: “It’s a collaboration between NHS National Education Scotland and the Golden Jubilee to deal with some of the immediate workforce issues that we’ve got, but also to bolster the workforce of the NHS for the future, which obviously is going to help with our recovery and remobilisation of the NHS.

“I saw how they’re training pharmacists in order to become independent prescribers, that’s going to help us right now, particularly with some of the challenges that we’re facing in our clinical care setting.

“They’re also treating – immediately, right now – people in endoscopy which we know we have a big backlog in.”

Yousaf insisted he has “always been upfront and honest with people” about the scale of the challenges facing the health service, when asked about the record A&E waiting times and the use of the Army.

“This is going to be the most difficult winter probably in the NHS’s entire 73-year existence, so what we’ll do is leave no stone unturned – whether that’s reaching out to the military for assistance, whether that’s the £300m of funding we announced,” he said.

“I’ve got to be open, honest and upfront with people that, even with that investment, it will still be a really, really difficult winter and that’s even before the flu season has really come and hit us.”

Yousaf also suggested that the deteriorating A&E performance, with 28.7% of patients waiting longer than four hours to be seen, is unacceptable.

He added: “I absolutely regret that anybody doesn’t receive the standard of service that we’d expect.

“But I will do everything in my gift to try to get some improvement, but it will be an incredibly challenging winter ahead.”

Chief executive of NHS Golden Jubilee, Jann Gardner, said: “The pandemic has made it clearer than ever the need to offer fast, efficient and effective access to training and education for health and social care staff.

“Drawing on the strengths of the Golden Jubilee’s state of the art facilities, and the educational expertise and technology offered by NHS Education for Scotland, the NHS Scotland Academy will support the workforce, and benefit the people of Scotland for years to come.”

NHS Education for Scotland chief executive Karen Reid added: “Having the right staff with the right skills in the right place is fundamental to delivering the best health and social care outcomes.

“The pandemic has made us think about working in new ways and about making better use of technology.

“Our partnership in the new NHS Scotland Academy allows us to join up educational expertise and technology – enabling faster learning, and a more skilled workforce, for the people of Scotland.”